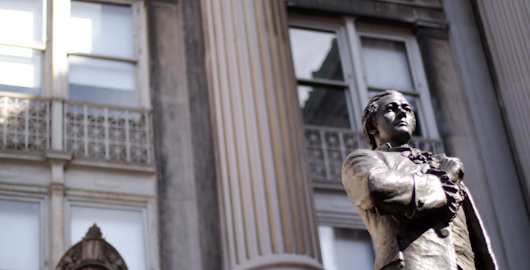 Twenty-three Columbia College seniors will be initiated into Phi Beta Kappa on Jan. 22.

Columbia College announced on Tuesday the names of 23 seniors who will be initiated into Phi Beta Kappa.

Phi Beta Kappa, considered one of the highest academic honors for undergraduates, was founded in 1776 and inducts liberal arts and sciences students from 283 schools across the United States.

A maximum of 10 percent of the College's graduating class is elected for membership. The 23 seniors represent the top two percent of the senior class, and were granted membership into the honor society in the fall—earlier than the eight percent of their peers who will be inducted in the spring.

Students are selected by a faculty committee of Phi Beta Kappa members based on academic success and faculty recommendations.

The seniors selected for the Class of 2016 Junior Phi Beta Kappa: