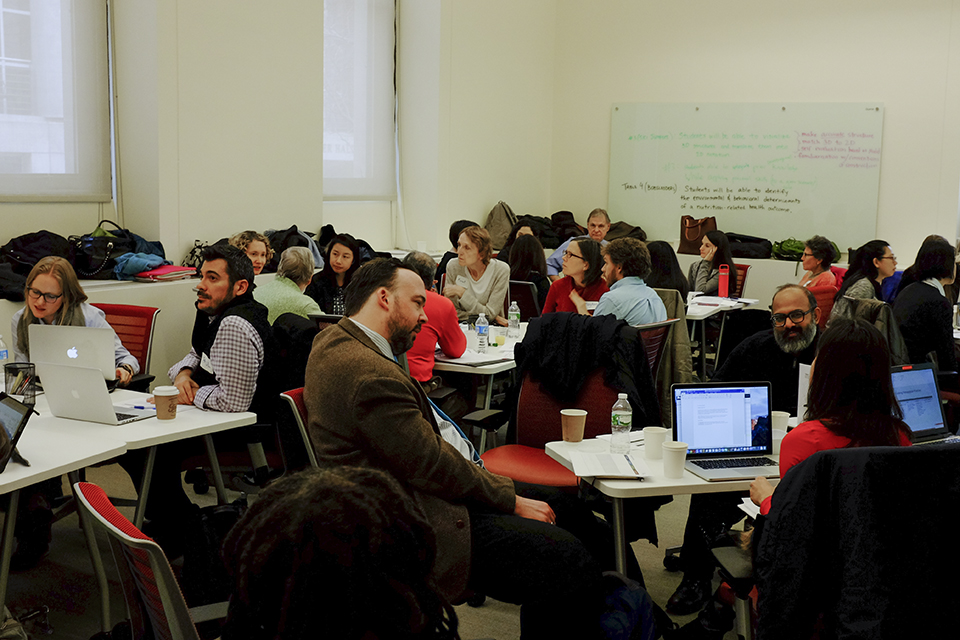 The new Winter Institute, offered by the Columbia Center for Teaching and Learning, is an opportunity for faculty to design curriculae for the semester in a collegial and interdisciplinary setting.

In 2014, Columbia stood as the only Ivy League school without a center for teaching and learning, leading to "a series of disconnected efforts of varying ambition and effectiveness," according to a 2014 report written by the Faculty Advisory Committee on Online Learning.

But following a recommendation by the committee, co-chaired by Executive Vice President for Arts and Sciences David Madigan and Vice Provost for Teaching and Learning Soulaymane Kachani, the Center for Teaching and Learning, located in Butler Library, finally opened last semester, absorbing the previous Graduate School of Arts and Sciences' Teaching Center and the Columbia Center for New Media Teaching and Learning. With strong financial backing from the central administration, the center will aggressively ramp up its programming by providing workshops, interactive events, and resources for faculty and graduate students to promote the advancement of teaching strategies both in the classroom and online.

"There is a commitment to putting a lot of resources into teaching and learning," Kachani said. "This is an important priority for the president and the provost of the University."

In its first semester, the CTL offered broad introductory workshops for new faculty members that will be expanded next week in a series of workshops that will cover principal teaching strategies and is based on a series of "fundamentals" that Kathy Takayama, associate provost and executive director of the CTL, had established at Brown University, where she was instrumental in developing a center similar to the CTL.

Kachani emphasized that a key advantage of the CTL is its integration of various educational functions, such as video and educational technology, into the center, which will facilitate a more cohesive learning experience.

"We learned that having a bigger center with a broader agenda and bigger scope was actually going to work a lot better for us. So the fact that we didn't say that instructional design and technology are separate from pedagogy is actually not something that is very common among our peers," Kachani said.

In addition, the CTL will also offer programs for all graduate students, replacing the training previously offered by the GSAS Teaching Center. These workshops will provide training for a wide range of teaching assistant duties, including leading discussion sections, running research labs, and creating grading rubrics.

The Graduate Workers at Columbia University, the group of graduate students petitioning to unionize, had previously criticized the University for not providing adequate teacher training.

Takayama noted that all graduate students will be able to participate in the future sessions, as there will be no cap for them.

The CTL will also hold a forum in late February, during which all students and faculty are invited to come and share their views on inclusive teaching, in order to inform future programming, Takayama said.

"It really is an inclusive conversation for the entire Columbia community to think about the ways in which we can create and cultivate inclusive classroom environments for teaching and learning," she said. "And what we're hoping is that we will think about the ways in which the student voice can be included to articulate what kinds of environments and what kinds of programs have allowed them to feel participatory."

"One thing about Kathy that was something that was very, very exciting for me is that Kathy's center at Brown used to touch, every single year, one-third of the faculty at Brown," Kachani said.

Takayama's interest in teaching strategies began when she was a faculty member at the University of New South Wales, where she focused primarily on biological research for 13 years. During this time, Takayama was appointed a Carnegie fellow, and spent a year at the Carnegie Academy for the Advancement of Teaching in Palo Alto, California, an experience she said was "transformative for [her] career."

"We embarked upon this pathway of the scholarship of teaching and learning, which is different from just effective, great teaching," she said. "Because now we started to apply evidence based principles to say, 'What is the evidence that my students really are learning in these ways? And then how do I teach my course as an ongoing investigative process?'"

Takayama ultimately left her research in the biological sciences in 2007 when she was recruited by Brown, where she significantly grew the already established teaching and learning center, working across disciplines with faculty and graduate students to develop a more scholarly approach to teaching, she said.

Takayama decided to come to Columbia when she was recruited last summer because she was eager to "build something new," she said.

"It was really an exciting opportunity to think about what can we create at Columbia that provides a community of a welcoming space both physically as well as conceptually for faculty and future faculty to come together to interrogate their teaching in a scholarly way but also to learn from each other," Takayama said.

Takayama believes faculty will want to participate in the CTL's programs voluntarily because of the center's evidence-based approach to pedagogy, she said.