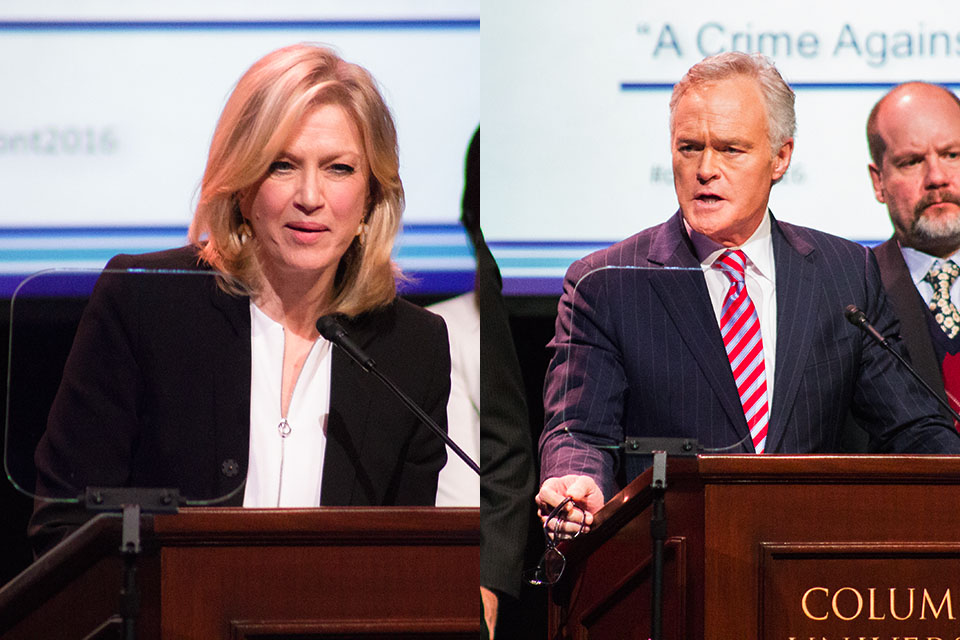 Diane Sawyer of ABC World News, and Scott Pelley of CBS Evening News, accepted duPont awards for their outstanding work this past year.

Some of the best and brightest in broadcast and digital journalism gathered Tuesday night in Low Library to celebrate the winners of the Alfred I. duPont-Columbia University Awards.

The award, administered by the Journalism school and considered one of the industry's most prestigious honors, praises exceptional broadcast and digital journalism that provides a public service.

But the award also honored contributions to social justice, highlighting journalism that told stories underlining some of the year's most critical issues, including income inequality and public awareness surrounding transgender rights.

ABC's Diane Sawyer was honored for her interview with Bruce Jenner, the last he gave before transitioning to become Caitlyn Jenner. Nearly 17 million viewers tuned into the highly anticipated interview.

In her acceptance speech, Sawyer referenced a quote passed along to her by Barnard professor Jennifer Finney Boylan, which Sawyer said was a "guiding lyric" for her interview.

"What if we live in a day where the things we've never seen before, become familiar?" Sawyer said.

The ceremony also honored a podcast for the first time—WBEZ and This American Life took home an award for Serial, the popular podcast that allowed listeners to follow journalist Sarah Koenig's investigation into a 1999 homicide.

But the tone of ceremony wasn't all congratulatory—-in acceptance speeches, those honored took the time to reflect on the future of the industry and their role as members of the fourth estate.

Craig Cheatham, who was awarded a duPont for his investigation into a revenue-driven system of law enforcement in St. Louis County, encouraged journalists to continue to listen to the communities they cover, noting that he never expected the events of Ferguson.

Journalists from Al Jazeera America, the cable news outlet, were honored for their six-part program following families struggling to support themselves on the minimum wage. The network announced last week that it will shut down, citing that its business model is "not sustainable" in light of the challenges in the media marketplace. 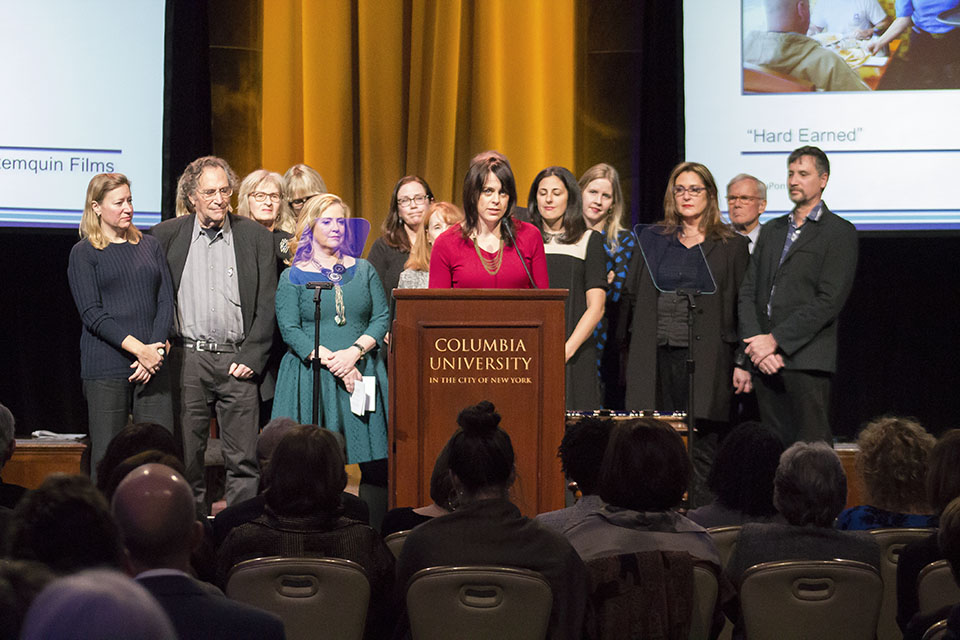 Staff of Al Jazeera America accept a "bittersweet" duPont award on the heels of the news that their newsroom will shut down by April. Photo by Ethan Wu.

Al Jazeera America's president, Kate O'Brien, accepted the award and referenced the news, noting that the occasion was bittersweet.

"From the very first, we set out to tell human stories with the very highest standards of journalism. I'm proud to say that we did, with passion and consistency," O'Brien said. "And we will continue to do so right until the very end."

The issue of change in newsrooms continued that night, as investigative reporter Dan Egan from the Milwaukee Journal Sentinel accepted an award for his reporting on how invasive species have damaged the Great Lakes. Gannett, the publishing company that owns USA Today, will buy the Milwaukee Journal Sentinel in a $280 million deal, casting some uncertainty on how the buyout will affect the local newsroom.

"Our beloved newspaper is about to have a new owner for the second time in less than a year. I hope the new bosses know they are not only buying a hell of a newspaper, but a multitype-platform news organization," Egan said. "I hope they know that all of us are willing to continue to do the work to keep and gain digital readers, who without a question, are the future. Here's to the new bosses. Let's hope they're as good as the old bosses."