96 percent of 24 percent of Barnard student body vote in favor of fossil fuel divestment, according to SGA referendum

96 percent of 24 percent of Barnard student body vote in favor of fossil fuel divestment, according to SGA referendum 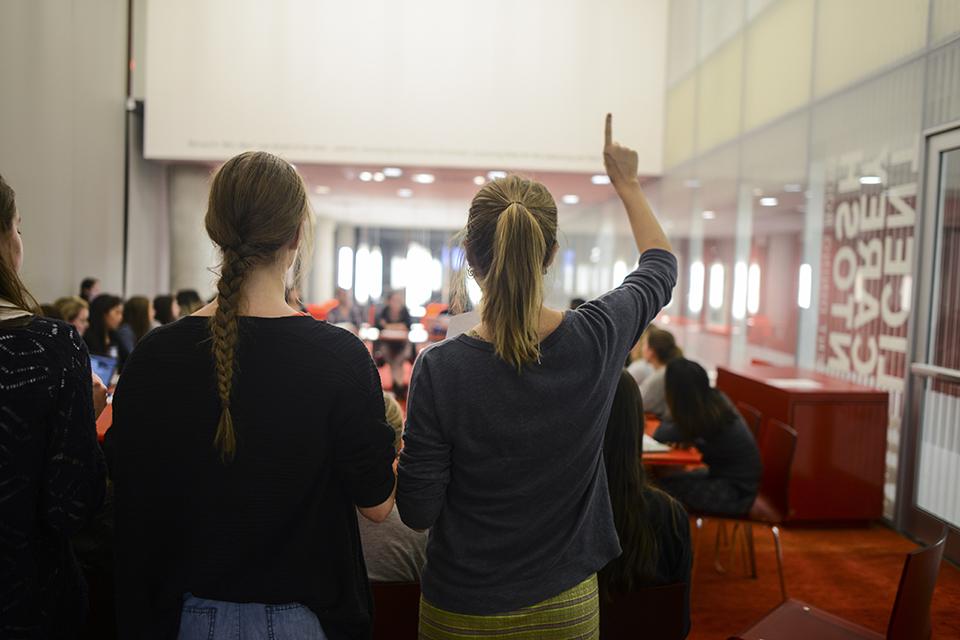 Approximately 96 percent of Barnard students who participated in a college-wide referendum hosted by Barnard's Student Government Association voted in favor of the college divesting from fossil fuels.

The referendum, which closed on Friday and received responses from roughly 24 percent of the student body, provided students with information on Barnard's current investment model before asking for a vote on whether or not they wanted Barnard to divest from fossil fuels.

The referendum comes a month after Barnard's board of trustees voted to create the Presidential Task Force on Divestment in December, following a Divest Barnard presentation to the Committee on Investments asking that it halt investments in fossil fuels and work to develop a divestment plan.

SGA President Shivani Vikuntam, BC '16, said that the percentage of students who voted was "the usual voter turnout," with typical SGA elections averaging responses from between 25 and 30 percent of the student body.

The referendum was the result of a collaboration between SGA and Divest Barnard, an activist group that has been pushing for the college to fully divest from fossil fuels, according to Vice President for Policy Michelle Depardieu, BC '16. 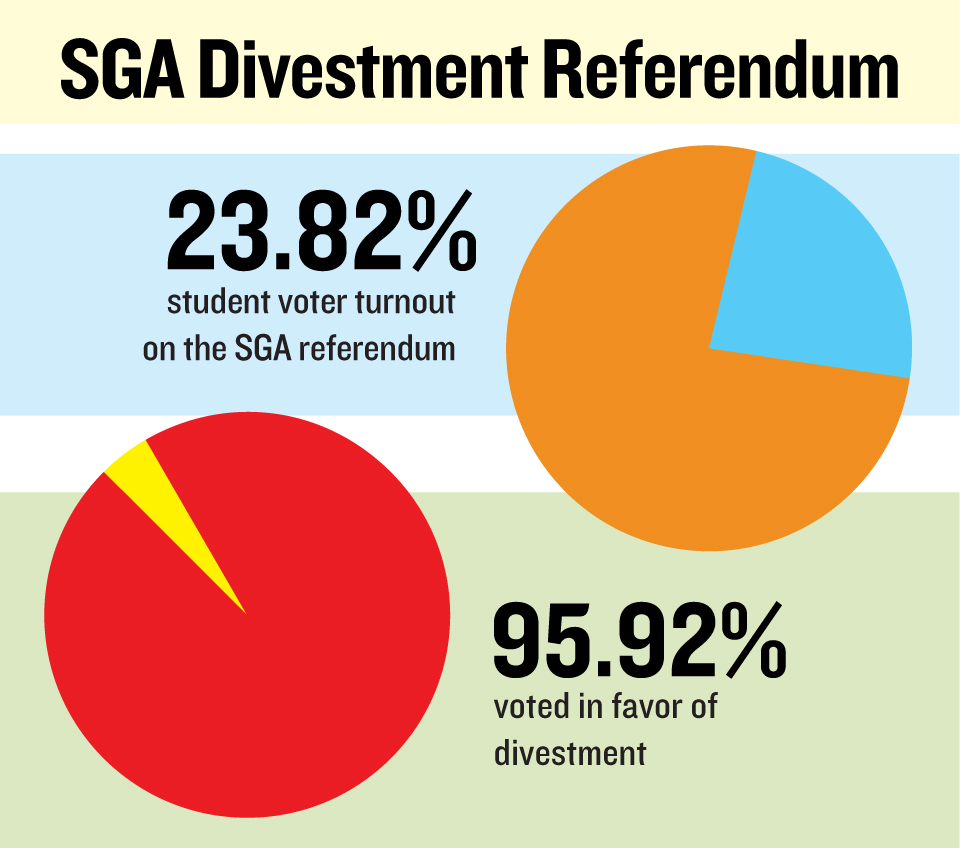 But both Depardieu and Vikuntam said SGA wanted to ensure that the referendum was an unbiased space for students to make an informed decision about their stance on the issue.

"We presented it in a neutral format so that students were able to vote based on their own feelings, regardless of being persuaded," Depardieu said.

Though Divest Barnard has yet to issue a formal statement about the results, Divest Barnard co-founder Evelyn Mayo, BC '18, said in an email that the group expects to release a statement on Tuesday.

Given the results of the referendum, Vikuntam said that the representative council will be working to draft a statement in support of fossil fuel divestment and is planning on reaching out to the Presidential Task Force on Divestment and the board of trustees in the future.

Students interviewed on Sunday said that they thought that the referendum was an effective means of engaging students with broader issues facing the college.

"I think that it's a great, peaceful way for the students to interact with the leaders of the school," Dora Palmer, BC '19, said. "I actually went around to a bunch of my friends and asked them to vote, so we got a lot of support onboard."

Anneliese Gallagher, BC '19, said she felt that while the referendum encouraged discussions around Barnard's environmental sustainability, there is still more to be done to address the issue.

Though Vikuntam said the referendum has helped determine student opinions on the issue of fossil divestment, she said that students should continue to inform themselves on the issue.

"We urge students to educate themselves using the various resources out there, the pros and cons of divesting," Vikuntam said. ?