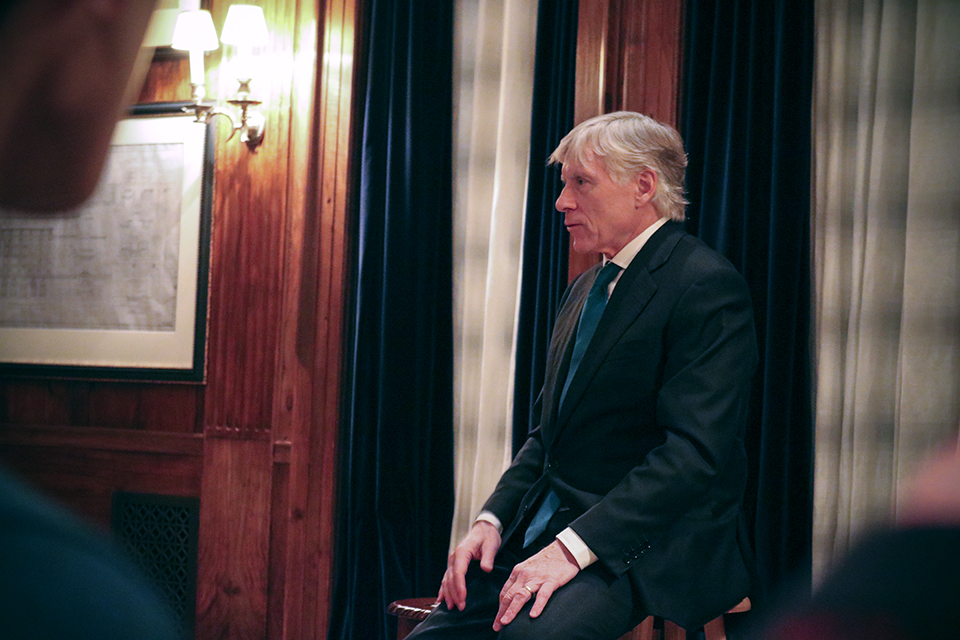 During a discussion about the 2016 presidential elections at this semester's undergraduate fireside chat, University President Lee C. Bollinger asked a student from Turkey about ongoing efforts to alter the Turkish Constitution. He then asked the crowd of about 50 undergraduates how many followed Turkish politics. Only a few students raised their hands.

"This is an example … that's why we have the global center in Istanbul, it's to make Istanbul and Turkey as familiar as this conversation," Bollinger said in reference to the discussion of the 2016 election. "And if I could have it my way, I would say in four years we would have a fluid discussion about what's happening in Turkey...what's happening with Modi in India and that would all just be comfortable."

His remarks came after an extensive justification of the existence and form of the efforts to globalize Columbia led by Bollinger in his time as president. These efforts have included the creation of eight global centers, the presidential global fellowship, the president's global innovation fund, and funding for a number of courses taught by Columbia faculty overseas.

To explain the need for Columbia to expand its ability to study the world, Bollinger drew a comparison to the growth of his own academic discipline, Constitutional law. In the 1950s, '60s, and '70s, issues of great importance to public life, such as civil rights, freedom of speech and press, and abortion, were decided through the Constitution and the Supreme Court. In turn, law schools increased the number of faculty and curricula dedicated to American Constitutional law.

Bollinger argued that the surge in the importance of global issues in public life calls for a similar response from academia.

Bollinger spoke at length about three possible models for universities to expand their global programs.

The first model, which Bollinger said is used by many universities, is to approach globalization through an increased international student body, faculty with expertise in regions around the world, and partnerships with universities overseas.

The second, best exemplified by New York University, is to set up satellite campuses across the world, with distinct faculty and student bodies at each new campus.

Bollinger also noted that the satellite campus model comes with added risk, given that they are more permanent fixtures with decreased flexibility.

"It's a very big risk because of academic freedom. Many of theses countries do not have the same degree of free speech and press rights as we do … if they start restricting academic freedom of Columbia in one of the places we have a center, we're done. We're out of there. We close shop. We can be out in a number of days.  If you have students and faculty and investments there and so on, you can't do that. You have to worry about that."

Bollinger emphasized that building global knowledge will be critical for current students as they begin their post-graduation lives.