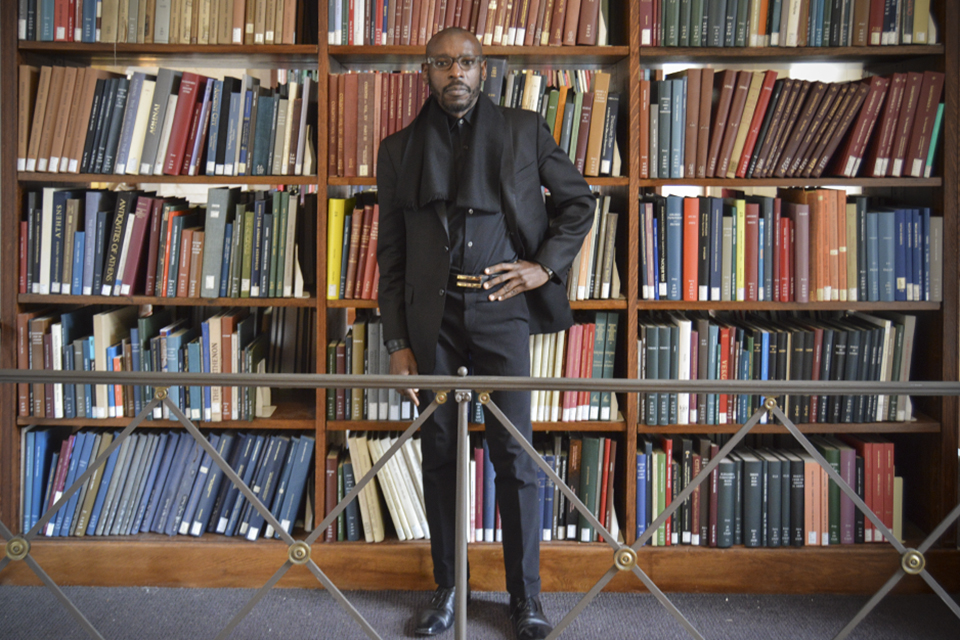 In his book "Dark Space," published by Columbia University Press last December, Gooden examines how architecture shapes and is defined by black identity. The book investigates different aspects of this issue in each of its five essays with discussions ranging from black churches to the history of the avant-garde movement.

For Gooden, the central connection between architecture and cultural identity lies in the space created inside buildings.

"Identity is constructed through how we interact with each other in space," Gooden said. "Architecture is not simply about the image of the building, what the building looks like on the exterior."

"Dark Space" makes the claim that architecture facilitates the construction of identity by promoting or inhibiting movement and interactions within buildings.

Yet architects often try to represent cultural identities solely through the external appearance of their work, as opposed to the interior space. When this practice is applied to African-American museums, Gooden claims that it fails to reflect the complexity of the black experience in America. Instead, artists resort to cultural stereotypes, obvious imagery, and clichés.

"Dark Space" describes how, in designing the buildings for African-American museums and memorials, architects often use objects as symbols to represent the African diaspora, such as a montage of faces or what are perceived as African patterns and colors.

Instead, Gooden said he thinks that the design of the buildings should emphasize creating spaces that facilitate the movements and interactions honored by the monument.

"The cultural space of the Woolworth store transformed into a museum should not be about the artifacts and objects, but about spatial praxes, the relationship among things … and how identity was performed in the 1960 sit-ins and future performances of identity," Gooden wrote in "Dark Space."

For Gooden, this means that the interactions that take place within a building are more important than its appearance.

It is this sort of performance art, where artists are able to interact in space, that Gooden thinks is best able to capture a cultural experience.

Before Gooden wrote "Dark Space," connections between the spatial relationships of architecture and racial identity had not been thoroughly examined. As a heavily white field,  architecture was only gradually introducing the contributions of black Americans to architecture curricula.

"There were stories which have not been part of the canon in terms of architectural history," Gooden said. "So for me, it was important to bring that to life within the academy, but also … looking outside of the academy in terms of larger cultural discourse, particularly over the last couple of years with larger conversations about race and identity."

"[I was] spending quite a bit of time here in Avery Library, which is perhaps one of the greatest depositories of architectural books and archives," Gooden said from the Avery mezzanine.

And Columbia's architecture itself isn't exempt from how space shapes and reflects identity either, according to Gooden.

"It is a very formally laid out campus. However, in the halls, in the interior of the buildings, the interaction between students and faculty is quite flexible," Gooden said. These informal environments, he said, enhance formal academic learning in classrooms.

"It's not just about the formal academic learning, but the learning that also occurs in conversations, which actually I would say engage in constructing new knowledge," Gooden said.