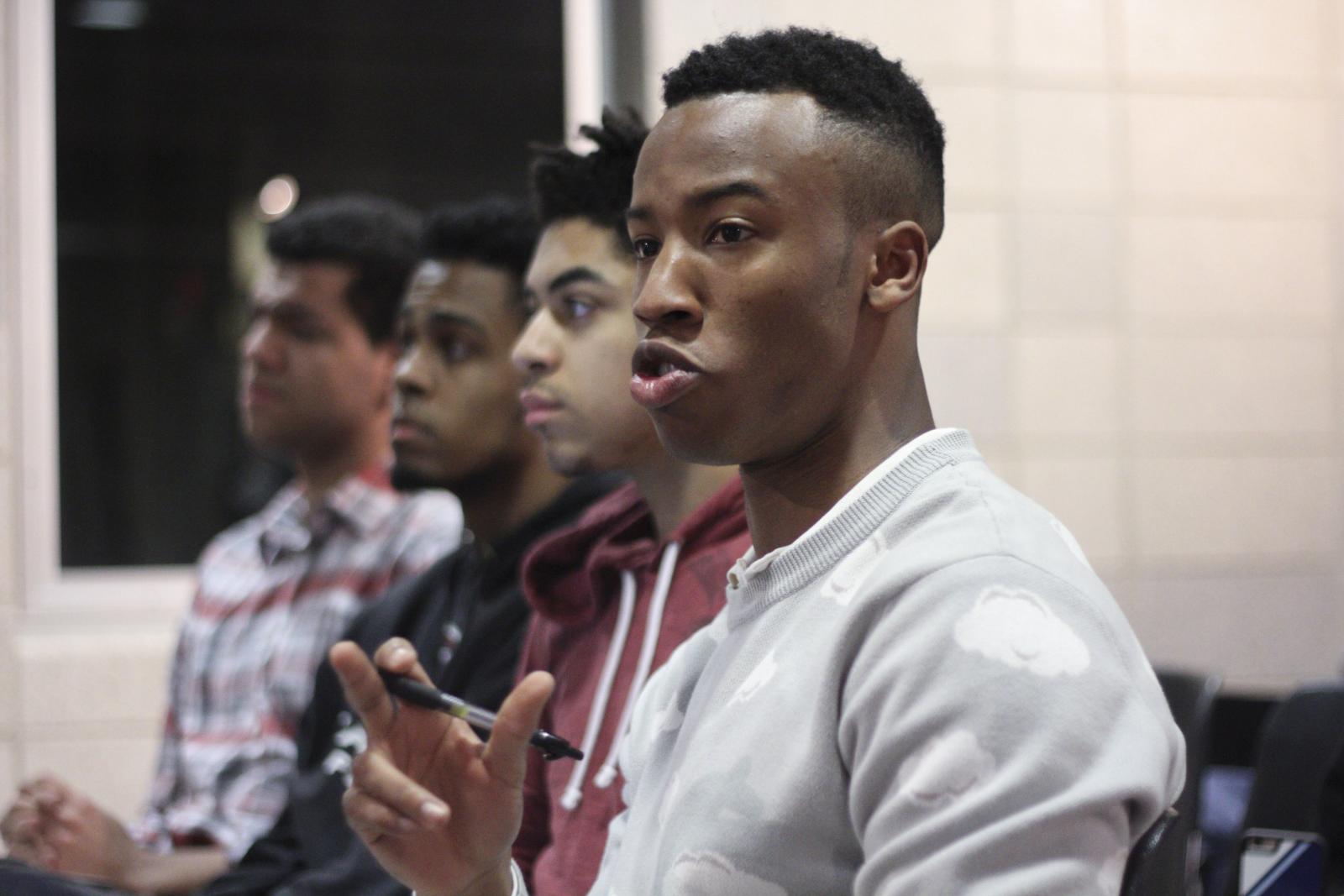 BSO board member Ronald Busby speaks at CCSC's Sunday meeting about a proposal presented by the council to Dean of Columbia College James Valentini.

Several BSO members expressed frustration that student organizations were not consulted when a CCSC committee created a proposal—written by Pre-Professional Representative Chris George, CC '17, on behalf of the council—which summarized and offered potential solutions to issues of race and diversity on campus. The proposal was presented last Tuesday to Dean of Columbia College James Valentini as one of the five most important issues facing Columbia College students.

"You went ahead and did this and then presented it, on behalf of students of color, to the dean," BSO member Ron Busby, CC '17, said. "To us, it feels wholly inaccurate and extremely disingenuous to claim to represent students and not to speak to them."

BSO members had met earlier on Sunday evening to privately express concerns over the issue with George and University Senator Sean Ryan, CC '17, who chaired the committee tasked with creating the proposals.

"We should have done a better job of reaching out to the relevant student groups, specifically students of color, for their thoughts and feedback, especially for an issue as critical as race and diversity," Ryan said. "We should have been better allies and advocates, and for that I sincerely apologize."

BSO member Kidd Matthews, CC '18, expressed concern over the proposal's requests to expand access to minority safe spaces such as the Malcolm X Lounge, the former Reserve Officers' Training Corps lounge which was taken over in 1970 by a group of black students, including former U.S. Attorney General Eric H. Holder Jr., CC '73, Law '76.

"To push a proposal that insinuates that the council or [University] Senate has some authority over that [managing the Malcolm X Lounge], to even suggest that it be open to other students, shows a complete lack of understanding as well as a lack of respect, and that there was no research put in to try and find the history of what the BSO had established," Matthews said.

BSO member Liam Riley, CC '19, said that BSO has already taken strides to ensure that other student groups have access to the Malcolm X Lounge. BSO currently shares the space in Hartley Hall—which is locked when not being used by approved student groups—with minority student groups such as the African Students Association and Caribbean Students' Association.

"It's our space that we own, so it's our responsibility to take care of it, and we can't just have people coming and going all the time," Riley said. "I want to make sure when we're pushing for spaces, we're not just trying to use what we already have."

Vice President for Policy Vivek Ramakrishnan, CC '16, said he recognized that the surveys sent out by CCSC were inadequate in gauging the issues facing students of color, but affirmed that there was no purposeful attempt to exclude any minority groups from the decision-making process.

"We actually tried to cull through the responses [of the survey] and develop what we thought was a responsive list of demands, and obviously there was a shortcoming in our process that did not involve outreach to [BSO]," Ramakrishnan said. "We fucked up, and you guys should keep holding people accountable."

"It's more than just having just Ewoma on your board, or having friends in other groups," Busby said, referring to Equity and Inclusion Representative Ewoma Ogbaudu.

"This is a step back where we have to compensate for a lot of the mistakes that have been made, so a public apology in that regard is very important so students know that you do feel something about this," Matthews said.

In a statement sent to Spectator following the meeting, CCSC President Ben Makansi, CC '16, said that the council plans to make a public apology in addition to redrafting the proposal with marginalized voices more directly involved.

"While we'll soon be apologizing as a body, I can say that as CCSC president I'm sorry for the technical errors we made in the actual document and for our failure to properly include relevant voices in drafting it," Makansi said. "I'm honestly glad that the board of BSO called us out—accountability is a buzzword that gets thrown around during elections, but the BSO board actually held us to it."

CCSC also voted in favor of issuing a public statement on its Facebook page, which has not yet been published at press time.