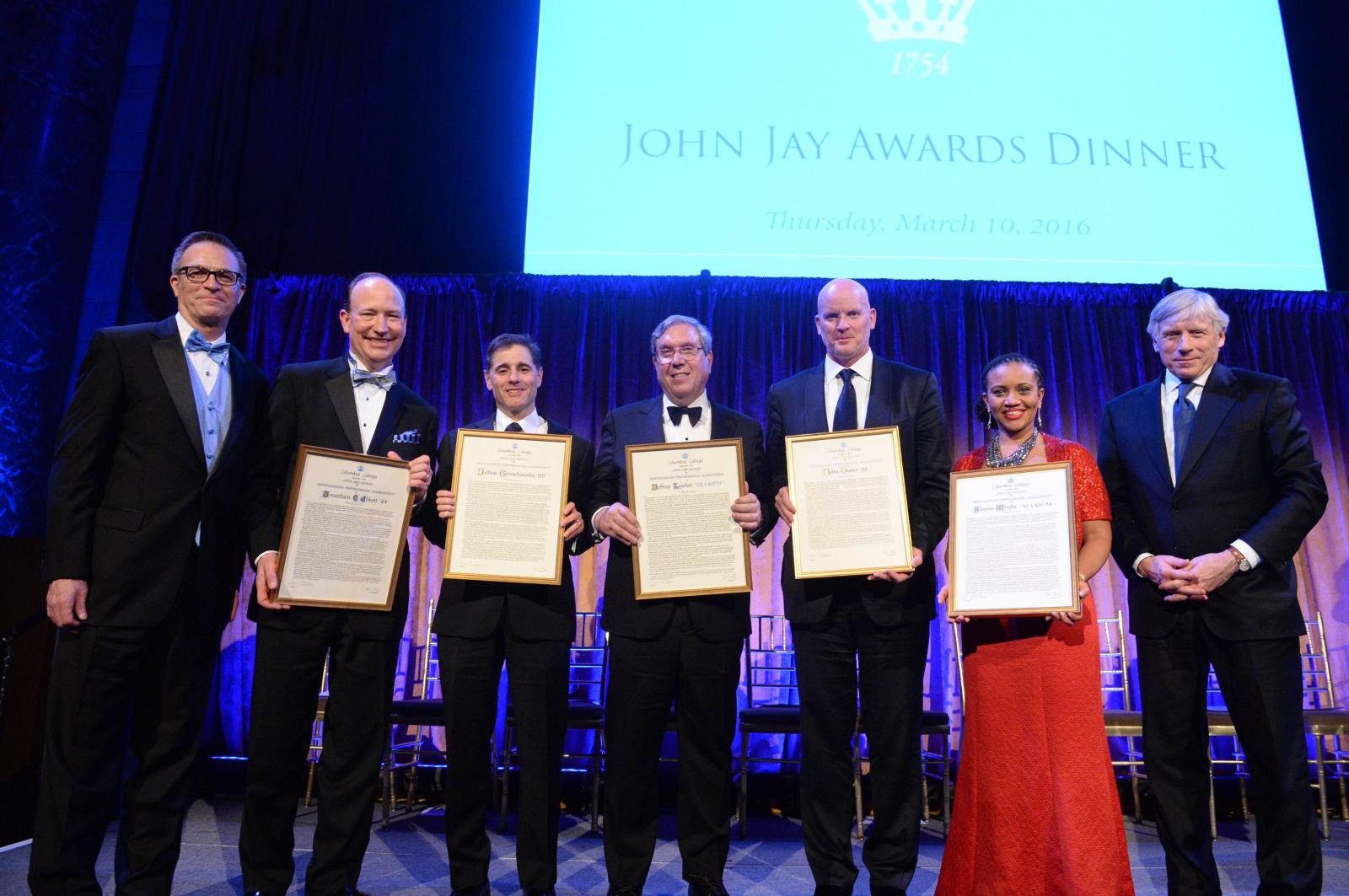 The John Jay Awards are presented each year to Columbia College alumni "for distinguished professional achievement in their field." The funds raised through the dinner benefit the John Jay National Scholars Program—an award program that provides financial support and academic programming for a select number of first-year students entering the College.

Dean of Columbia College James Valentini spoke at the event, remarking upon the significance of John Jay's legacy as a prominent Columbia alumnus exemplifying the traits that are honored by the award named for him.

"The honorees that are celebrated tonight have rightly earned association with John Jay," Valentini said. "Their leadership, their dedication to the community, and their distinguished professional accomplishments place them on the list of great Columbia alumni."

University President Lee Bollinger, who also spoke at the event, emphasized the connection between the personal successes of the honorees and the education they received as part of the Core Curriculum at Columbia, and noted that students continue to benefit from the curriculum as it adapts to contemporary challenges.

"The forces at work in the world, the changes at work in the world—economic changes, technological changes, issues with movements of people, refugees—all of these issues have problems that are ultimately a matter of values," Bollinger said. "These are all the questions that are raised in our undergraduate curriculum, but need to be reshaped for the new world that our students will inhabit."

Each honoree was introduced by a current John Jay Scholar, and delivered speeches that touched upon the ways in which their Columbia education affected their student and professional lives.