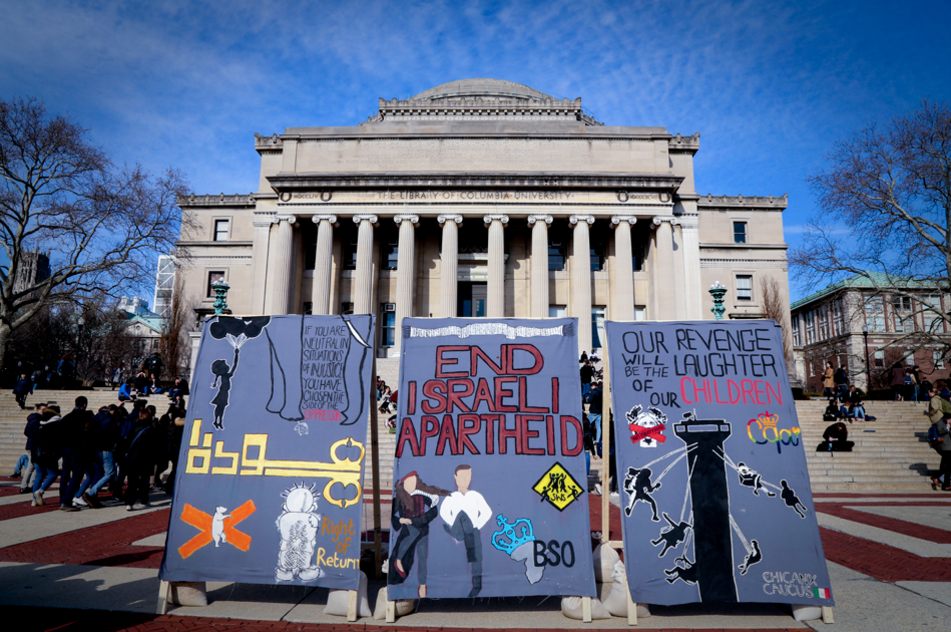 Over 200 faculty members have signed a petition expressing their commitment to Columbias ties with Israel.

Over 200 faculty members have signed a petition expressing their commitment to Columbia's ties with Israel and opposing divestment from companies that conduct business in the country.

This petition, released Sunday afternoon, follows the launch of Columbia University Apartheid Divest, which is calling on the University to "divest from corporations that supply, perpetuate, and profit from a system that has subjugated the Palestinian people."

Addressed to the Board of Trustees, the petition—the fourth in a series of petitions both in support and in condemnation of boycott, divestment and sanctions at Columbia—argues that the "shared values and interests" between the University and Israel are worth preserving through formal ties, though not every Israeli government policy is worth supporting.

"It would not be just or principled to respond to the Israeli-Palestinian conflict by disengaging from Israel or from companies that do business with Israel," the petition said. "It would be unjust to  blame only one side for this conflict, and unprincipled to single out Israel for this sanction, while maintaining ties with other nations that – unlike Israel – are undemocratic, repressive, and much less restrained in their use of force."

The list of signatories includes prominent members of the University's faculty and administrators, including Glenn Hubbard, dean of the Business School, Dorothy Denburg, former dean of Barnard College, Nicholas Lemann, former dean of the Graduate School of Journalism, and University Professor Eric Kandel, the co-director of the Mind Brain Behavior Institute. The letter was organized by dean emeritus of the Law school, David Schizer.

Former New York City mayor David Dinkins, who serves as a professor at the School of International & Public Affairs, also signed the petition in support of Columbia's ties with Israel, which emphasizes that Columbia benefits from its links to Israeli academia, research, and technology.

"Israel is a thriving democracy. It has democratic elections, a free press, rule of law, and strong protections for the individual rights of all citizens, including Arabs as well as Jews," the petition said. "Israel also is the home of great universities, a vibrant culture, and an innovative high-tech sector."

Many of the signatories hold positions at Columbia University Medical Center, and some also signed another petition condemning CUAD—first released to the public earlier in March—that includes faculty, alumni and students as signatories.

"We deem it our duty to hold our institution accountable for the ethical implications of its own actions, notably its financial investments and their implications around the world," the pro-CUAD petition said.

"In particular, we take issue with our financial involvements in institutions associated with the State of Israel's military occupation of Palestinian lands, continued violations of Palestinian human rights, systematic destruction of life and property, inhumane segregation and systemic forms of discrimination."

"BDS's overly-simplistic and one-sided approaches do a disservice to the cause of peace and stability by unfairly placing blame entirely on one side, and by attempting to delegitimize one party on the world stage," Nadler wrote.