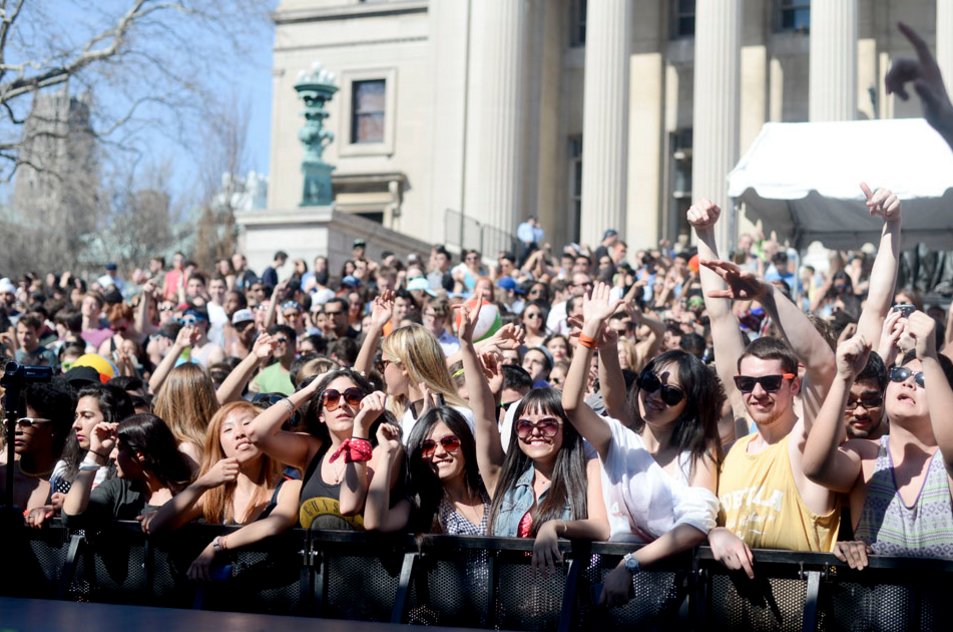 The Bacchanal committee will release 4,000 free tickets over the span of four days beginning on Thursday, the committee announced Monday.

The lineup of the concert has yet to be announced, but the committee told Spectator they plan to announce the artists this week.

Tickets will be free and only one ticket will be allotted to each undergraduate student on a first-come, first-serve basis. One thousand tickets will be released each day.

However, students may be less inclined to attend this year's concert as the result of a series of stipulations imposed by Public Safety. Spectator reported last week that concert-goers will once again be expected to wait in line to receive wristbands allowing them entrance to Low Plaza on the day of the concert, and that Public Safety has mandated a crowd configuration that student organizers fear are unsafe and will leave students feeling like "caged animals."

Last year, furor erupted after students were told they would be charged for the concert, and all 4000 available tickets sold out within hours. Activities Board at Columbia, Bacchanal's governing board, later compelled the committee to refund and redistribute all tickets sold. The Bacchanal executive board ultimately refunded the tickets, but did not redistribute them, and issued an additional 2,000 tickets by opening the West Lawn and Butler Lawn.

The Bacchanal Committee is excited to announce that Bacchanal is 12 days away so we will be distributing tickets this week!

Tickets are free and only one ticket is permitted per undergraduate student from Columbia College, Columbia Engineering (undergrad), General Studies, and Barnard College on a first-come, first-serve basis. Any student who attempts to order more than one ticket will not be refunded and will be at risk of losing all tickets. The name used to order your ticket must match the name on your CUID or BCID.  Please do not attempt to order two tickets. Tickets are non-transferable.

Please mark your calendars for the ticket release dates which will take place Thursday-Monday(not including Sunday) of this week and the beginning of next week.  Each day, we will release approximately 1000 tickets. Once 1,000 tickets sell out on the respective release date, the ticket sale will close and re-open on the following date and time. The schedule is as follows:

Please use the link found here to order your ticket: