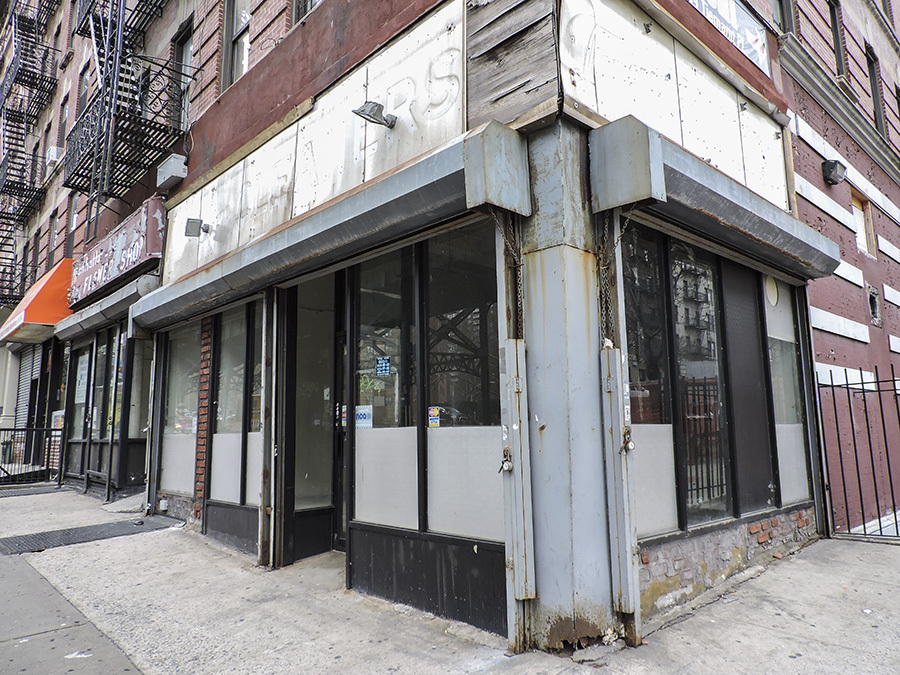 A new Starbucks will open at the corner of Broadway and Tiemann Place this summer.

Starbucks will look to capitalize on the University's expansion into Manhattanville by opening a location adjacent to the new campus, a move that has left local business owners and realtors bracing for a shift in neighborhood retail away from smaller businesses to major chains.

A Starbucks spokesperson confirmed that the coffee chain plans to open a new location across from the Jerome L. Greene Science Center at the corner of Broadway and Tiemann Place this summer, a few months before the first buildings on Columbia's new campus are expected to open. Starbucks is leasing the adjacent storefronts, which have been vacant for more than two years.

But the chain's move into the neighborhood closes a door for some local business owners who had been eyeing the space, such as Abdusalam Abajebel, the founder and owner of Oasis Jimma Juice Bar next door to the building.

Abajebel opened his juice bar eight years after arriving in the United States as a refugee. He couldn't always pay his rent on time in the beginning, but the real estate agent cut him slack, and a year after opening he was ranked one of the five best juice bars in the city. Abajebel had dreamed of expanding into the building in order to create a full restaurant.

"I kept hoping, 'Oh, it's going to be my space. Maybe they can bring down the price or the requirements,'" Abajebel said.

But the co-op that owns the building and the realtors listing it insisted that whoever leased the building needed to put at least half a million dollars into repairs, as it hadn't been renovated in 30 to 40 years and needed electrical work, plumbing, and other significant investments. Abajebel was unable to commit that amount of money, but Starbucks could.

"When you have Starbucks with billions of dollars and the deli with very little, it's a no-brainer. You have to make the best financial decision for your co-op," Howard Aaron, co-chairman of Square Foot Realty, said. Aaron listed the location and helped the co-op that owns the building choose between applications, including those of approximately 10 local businesses.

But Abajebel believes the decision should not be purely financial.

"A corporation like Starbucks can't take care of the community the way a small business can. Someone can come in here in the morning and get their coffee, and if they get paid that day, they can come back in the evening to pay," Abajebel said.

But local realtors say the community is changing. According to Aaron, shop owners should expect to see higher rents in the area.

"The rent climate was stable for a long time, but as soon as the Columbia project went into the ground, the rents started going up," he said.

"People years ago used to think of the Upper West Side stopping at 96th. The nature of the retail is very consistent now, pushing past 124th, and will continue heading north," said Square Foot Realty Co-Chair Aaron Gavios. He sees it as inevitable that West Harlem retail will be increasingly hard to distinguish from retail farther downtown.

Victor Guzman has lived across the street from the building for 10 years and witnessed the area's evolution from having only a couple of restaurants to being packed with bars and restaurants. "It brings good income to the place," he said, adding that he looks forward to having a Starbucks nearby. "Oh my God, I need one."

But Abajebel, who signed a five-year lease when he opened up shop in August 2012, is concerned that his rent will be hiked when it comes time to renew it in a year and a half, possibly driving him out of business altogether.

As Abajebel searches for a suitable space elsewhere in West Harlem, he is confronted with an increasingly competitive market for retail. More and more, trendy restaurants and chains are expressing interest in spaces once occupied by delis and smoke shops, according to realtor Jansen Hafen, who manages properties a block east of the juice bar, on Amsterdam Avenue.

"You'll see spaces sitting for longer, as landlords wait for the type of tenant that makes the building look nicer," Hafen said. Ever since Serafina, which Hafen describes as a "midtown, higher-end type of tenant," came into the corner of Amsterdam and 122nd Street, there has been more interest in other vacant properties on the street. He expects the whole block to become restaurants catering to students.

Gavios sees the Starbucks as a "harbinger of a gentrifying neighborhood" that will have a "domino effect" on the block.