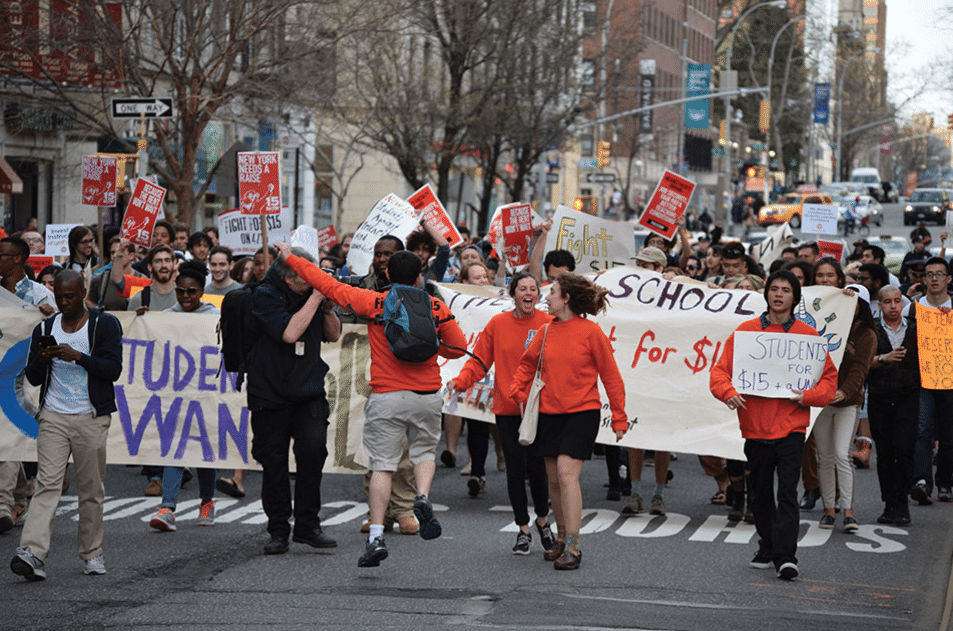 The decision to institute a $15 wage is a win for activist groups who lobbied for an increase in minimum wages.

Columbia will increase the hourly wage paid to students on work-study and in other part-time positions to $15 an hour, Provost John Coatsworth announced on Monday.

In an email to students, Coatsworth said that the University "will be raising the pay rate of all part-time hourly student workers to $15 per hour over the next three years," and would "soon provide further details further details about how this will be achieved."

In a statement sent to Spectator, Barnard's chief operating officer, Rob Goldberg, said that "Barnard has been actively discussing and developing a plan that increases our hourly minimum wage for all part-time student workers.  We intend to make an announcement by the end of this semester."

Read the full email below:

I am writing to provide an update on Columbia's efforts to increase pay for student workers through work-study and in other part-time hourly positions.  Since last fall, I have been meeting with a group of senior colleagues and want to share with you our progress to date and our plans going forward.

In October, Columbia increased to $15 the hourly wage paid to students employed by Campus Services.  To extend the $15 per hour minimum to all hourly student workers at the University, we have been reviewing alternatives and will be working with our schools and administrative business units across the Morningside campus and at the Medical Center to develop fiscally responsible plans.  What I can assure you of today is that Columbia will be raising the pay rate of all part-time hourly student workers to $15 per hour over the next three years, and I soon will provide further details about how this will be achieved.

These efforts have been occurring against the backdrop of a discussion of income inequality and economic fairness, including the minimum wage, which figures prominently in the national conversation and in the consciousness of our own community.  Here in New York, the Governor and Mayor recently committed to instituting a $15 minimum wage for New York's public employees on specified timetables.

We also appreciate that the special experience of attending college or graduate school in New York carries with it higher living costs than those borne by students at institutions not located in major cities.  Columbia's adoption of need-blind admissions and substantial expansions of financial aid have made our University a recognized leader among our peers in addressing access to the type of education provided at Columbia.  President Bollinger and I are committed to strengthening these efforts.