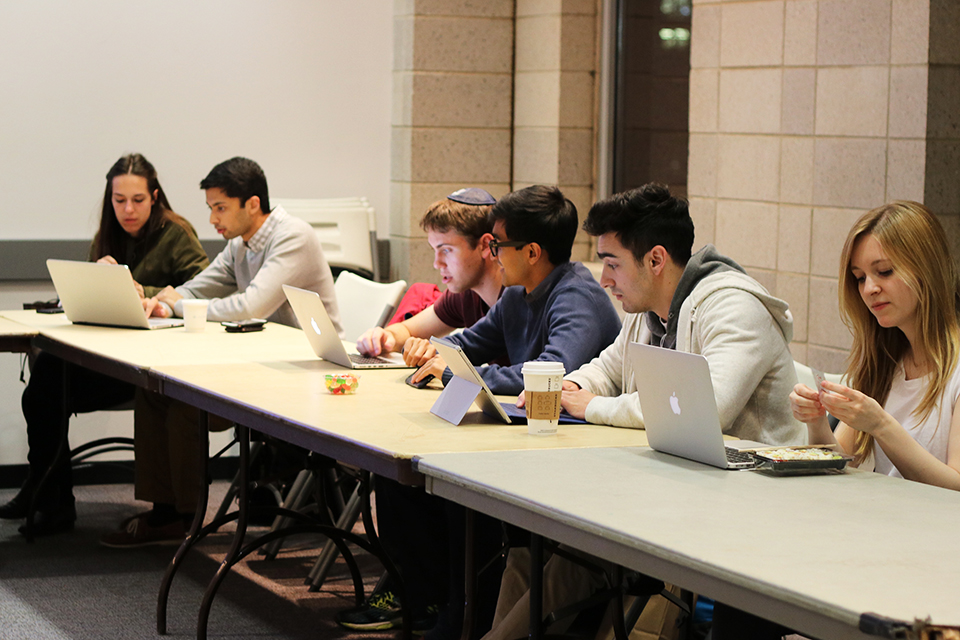 CCSC voted to disseminate a poll to Columbia College students in order to gauge student feedback on the Henry Moore sculptures installation.

Columbia College Student Council will be joining the debate on Reclining Figure, the controversial Henry Moore sculpture that is slated to be installed in front of Butler Library.

CCSC voted at its general body meeting on Sunday to disseminate a poll to Columbia College students in order to gauge student feedback on the sculpture's installation. Based on the opinions expressed in the survey, the council plans to adopt a resolution to either support the sculpture or call for its removal.

The sculpture is meant to abstractly depict "the form of a woman with her legs outstretched before her, propping herself up with her forearm," according to a Columbia University Libraries blog post announcing the sculpture's installation.

Given that a petition calling for the sculpture's removal has garnered over 1,000 signatures, it's likely that this resolution will support the latter, according to CCSC President Ben Makansi, CC '16.

At the council's meeting, Daniel Stone, CC '16, one of the creators of the petition and one of the authors of an op-ed published in Spectator that first called attention to the University's plans to install the sculpture, advocated for council action against the sculpture's installation.

"This is the campus of Columbia College. It's in the ground in front of South Field. This is our turf, if we have turf on this campus," Stone said.

Stone was also critical of the sculpture's unsavory design, especially given its location.

"How does this look in conjunction with the landscape?" Stone said. "Here's a woman in a sexually exposed pose, in front of a library with the names of men on its facade."

The decision to install the sculpture was made by the board of trustees' Physical Assets Committee, according to University Senator and co-chair of the Senate's Student Affairs Committee Marc Heinrich, CC '16.

Though a University senator from SAC typically attends the committee's meetings, the sculpture's installation was approved at a meeting held at the Paris global center, which precluded SAC's attendance. At the time, the installation was not thought of as controversial, according to Heinrich.

Still, Heinrich said SAC could take action in support of student outrage and explore the idea of moving the sculpture to another location.

"The aesthetics are not for us to judge," Heinrich said. "But when there is a statue that's being added in such a prominent place on campus, there deserves to be more student discussion around it."

CCSC plans to strengthen its position by collaborating with the other undergraduate councils to produce resolutions concerning the sculpture's installation, an effort which will be led by Alumni Affairs Representative Daniel Liss, CC '16. Class of 2018 Vice President Lani Allen, CC '18, also suggested that CCSC gather student voices against the installation from graduate students to strengthen opposition.

In addition to discussing the sculpture, CCSC addressed complaints that student groups are unable to get tickets from the Ticket and Information Center for their events, and that the TIC has not adequately connected students to off-campus events. CCSC will look into potential changes to recommend to Undergraduate Student Life regarding TIC.

Class of 2016 VP Charles Sanky, CC '16, who is spearheading the initiative, said that CCSC should step in to ensure that the TIC is adequately serving students.

"We can demand as a council that [the] current advisory system is not working, where we don't have student input," Sanky said. "Let's create that."