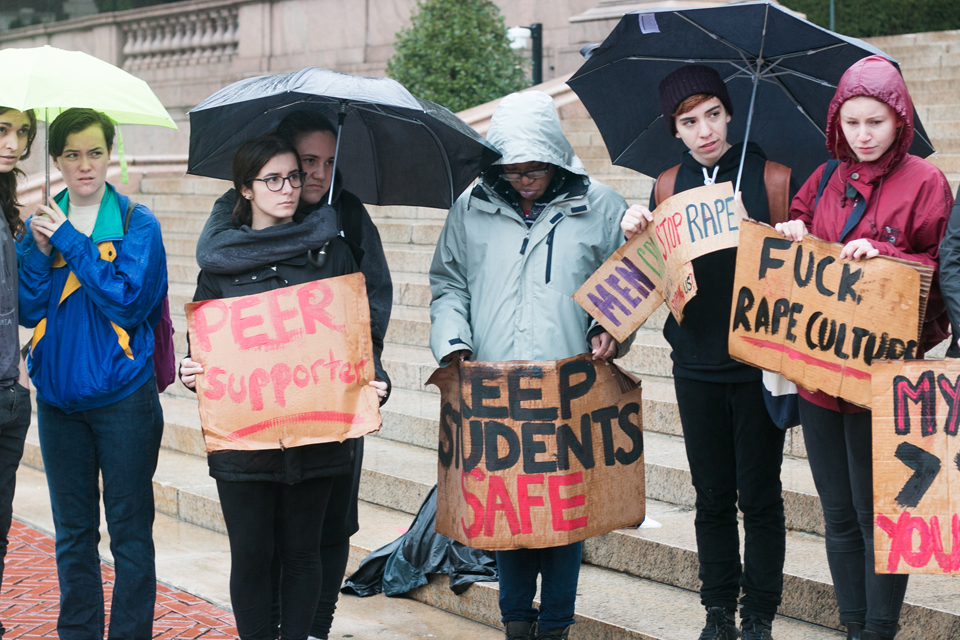 Since the fall, No Red Tape has been pushing administrators to staff the University's rape crisis center 24 hours a day.

The announcement is a response to No Red Tape's demand that Columbia provide students with a support center open 24 hours a day. In September, the activist group directed its request at Executive Vice President for University Life Suzanne Goldberg's office as part of its Demand a SAAFE Columbia campaign, which advocates for increased funding, support, and accessibility for its sexual violence policies. The campaign has been endorsed by a number of groups, including the Coalition Against Sexual Violence, Take Back The Night, and Columbia Queer Alliance.

In a memo released on the Office of University Life's website, Suraiya Baluch, the interim director of Sexual Violence Response, emphasized that services provided by professionally trained advocates—including immediate crisis counseling and accompaniment to on and off campus resources—are currently available to students 24 hours a day, seven days a week.

"In short, SVR offers comprehensive rape crisis services. We have great concern that the current inaccurate representation that SVR does not offer 24-hour services is harmful to survivors seeking support," Baluch said. "To misrepresent what SVR offers also is a disservice to the many student activists, student peer counselors, and advocates who helped create, build, and staff Columbia's Rape Crisis Center for the past 24 years."

Ultimately, according to Baluch, the University will not keep the center open 24 hours because it is not a "trauma-informed best practice."

"The current best practice for sexual assault advocacy is for advocates to be on call and available to respond immediately," she said. "This is the protocol SVR follows because it allows for a personalized, private response. We meet the survivor when and where they are most comfortable, which is the definition of a trauma-informed response."

Baluch also said that, when in the past SVR responded to demands for longer hours, utilization during extended hours was "extremely low." Representatives from SVR told Spectator that a majority of students prefer to contact the center through the hotline, rather than walking in.

"SVR has not had survivors request to meet at the SVR office in person when calling the helpline overnight," Baluch said. "Overnight calls are typically for crisis counseling, information about resources and options, and/or accompaniment to off-campus resources such as the hospital or NYPD."

The memo also cited a study in 2010 that found that no 24-hour "brick and mortar" rape crisis center exists in the United States. No such center currently exists among Columbia's peers.

In May 2014, University President Lee Bollinger announced that the center would expand its services to include 24-hour on-call access to professional staff and create an additional location in Lerner Hall. Previously, only one location existed in Hewitt Hall.

However, No Red Tape has continued to push for the center to expand the resources it offers, and has posted a swift rebuttal to Baluch's memo on its website, calling the analysis "ridiculous."

"We are advocating for both a hotline and a physical RCC, so that students can seek help in whichever way feels best for them," the group's response said. "Know what's anxiety-producing? Not being able to access direct services when you need them."

No Red Tape also criticized the memo's assertion that SVR's advocates are available 24/7, arguing that students have reported having to wait over an hour speak with a professional after calling SVR's hotline.

"No Red Tape will continue to organize and escalate until every student has access to the direct services they deserve," their post said.