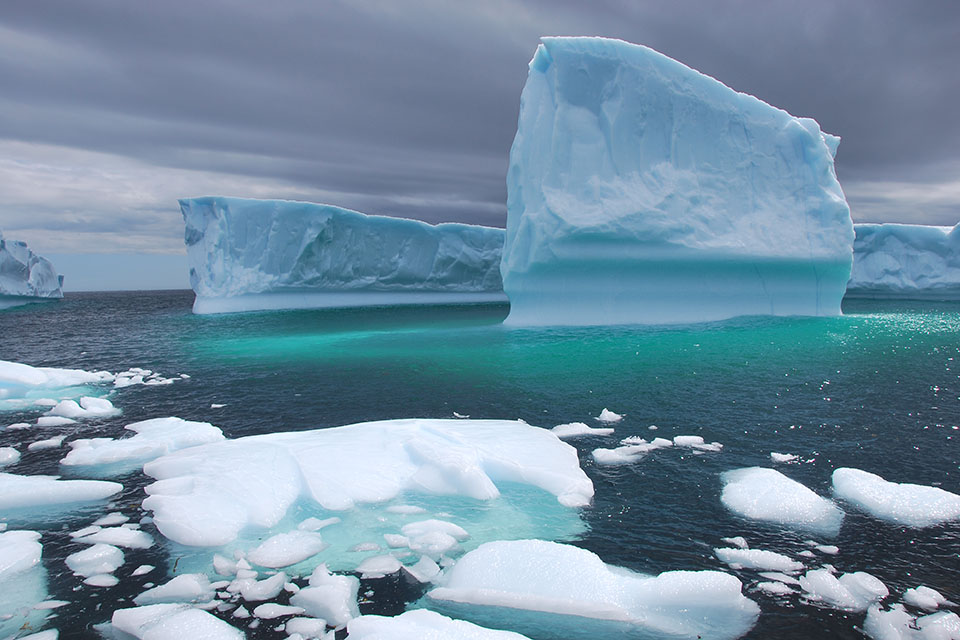 The Hansen et al. paper, which predicted dangerous superstorms and accelerated rises in sea level, may have been one of the most widely disseminated unpublished scientific papers in history.

In March, a paper that was authored by an all-star cast of scientists and predicted dangerous superstorms and accelerated rises in sea level was published in the European journal Atmospheric Chemistry and Physics. But for many observers, the paper was old news—an earlier version of the article had been released to the web in July 2015.

This was more than simply unusual. Unpublished papers are essentially never publicized and picked up by the media because they haven't been peer-reviewed.

The lack of initial peer review, combined with the paper's extreme claims, has made the paper a source of contention among scientists, journalists, and just about anyone interested in the state of global warming.

In the public eye

Led by James Hansen, an adjunct senior research scientist at the Earth Institute, the group of 17 authors decided to publish and publicize the results of their analysis as a discussion paper titled "Ice melt, sea level rise and superstorms: evidence from paleoclimate data, climate modeling, and modern observations that 2°C global warming is highly dangerous." Following the initial release of the 66-page paper, national and international news outlets such as the Washington Post and CBS clamored for the story.

For journalists reporting on the state of the climate, the severity of the paper's claims couldn't be ignored. Andrew Revkin, a science reporter from the New York Times, pointed to this sentence in particular: "We conclude that continued high emissions will make multi-meter sea level rise practically unavoidable and likely to occur this century."

Previous estimates placed average expected sea level rise at only about one meter by the end of the century; multi-meter rises were expected to occur over several hundreds of years.

To make their predictions, the authors of the paper used a combination of prehistoric climate data, modern climate measurements and advanced modeling software. The primary finding from the study was that adding increased freshwater to the ocean would exponentially speed up the rate of melting in Antarctic ice shelves.

Normally, cold salt water on the surface is dense enough to descend and mix with warmer salt water below, cooling it. The Hansen et al. model predicts that adding freshwater, which is less dense than saltwater, will prevent the cold saltwater from sinking and create a layer of mixed fresh and saltwater. This less dense layer could then trap warmer salt water below, pushing it into contact with the underside of ice sheets, melting them at an accelerated rate.

Another one of the study's startling predictions was a claim that by the end of the 21st century, storms could generate ocean waves strong enough to throw million-pound boulders out of the sea dozens of meters up cliffs.

Because of these dramatic predictions and the clout of the authors, journalists snapped up the story, despite the fact that it had not yet undergone any peer review—the quality control of scientific inquiry.

Typically, papers are submitted to editors at journals, who then send out requests for commentary from anonymous experts within the field. These experts provide a critique that helps the editor decide whether or not to publish by identifying potential problems, which can range from issues in methodology to wording around claims.

Peer review is not a perfect system, but it is the one that the vast majority of the scientific community uses to vet information and help prevent "bogus" science from entering the public sphere. All published papers by scientific faculty at Columbia undergo peer review—those that have not undergone peer review and have been published in a journal almost never make it to the media because they are seen as unsubstantiated.

But the Hansen et al. paper may be one of the most widely disseminated unpublished scientific papers in history. On the website of the journal alone, the paper had racked up over 66,000 views between July and March before it was peer reviewed and published. Most scientific papers never receive more than a few hundred views in their lifetimes, let alone several thousand.

According to Hansen, the reason for eschewing the normal publishing route was to make sure that the paper was available in time to make an impact on the Paris climate talks in December 2015.

"Based on the science itself and the international stature of many of the authors, we thought it would have some significance," Hansen wrote in an email sent to Spectator.

At the United Nations climate summit in Paris, Hansen was one of many scientists who spoke about the risks of global warming, presenting data from his paper, which had yet to undergo peer review at the time.

It is unclear whether or not the predictions from the research by Hansen and his co-authors were convincing to the politicians and world leaders in Paris, and whether or not the lack of peer review was frowned on by those outside the scientific community.

But inside the scientific community, the effects of publishing prior to peer review are clearer.

Peter Thorne, a climatologist at Maynooth University in Ireland who was a referee for Hansen et al.'s paper, said that when any paper is publicized before peer review, it "always complicates and muddies the review process." Thorne compared finding referees for such a paper to finding jurists for O.J. Simpson's trial—impossible to find someone who didn't already have a bias.

Nevertheless, that challenge did not keep the Hansen et al. paper from eventually undergoing a meticulous review. In addition to the four official referees, dozens of outside comments from scientists and nonscientists probed the science and claims made in the paper.

One comment from a group of Dutch scientists said that the conclusions were not robust because "the climate model contains large biases," and that therefore, terminology such as "dangerous" should be avoided.

In his response, Hansen wrote, "I guess that we should not be concerned about anything that happens 85 years from now—the dickens with those characters. The Dutch can migrate to Switzerland, after all."

Though the paper's authors resolved some of these comments in their final version—the title was altered from "highly dangerous" to "could be dangerous"—many were left unanswered.

When the paper was published after this peer review in March, it received coverage from some outlets, but strikingly not from many major media organizations such as the Associated Press, ABC, and CNN, which typically report on climate news. Seth Borenstein, a reporter for AP covering climate science, tweeted that he did not write the story even after the paper was published because of comments from five out of six climate experts he reached out to who found faults with the paper.

These reservations run the gamut from skepticism about the evidence for extreme storms to the assumed freshwater that Hansen and his colleagues added to their model. Numerous blog posts have been dedicated to challenging this paper.

Underlying many of the paper's critiques is the sense that scientists and activism should not mix—the Hansen et al. paper being far too close to activism.

When asked if he would consider himself practicing activism, Hansen objected.

"No, because many of the activists I see in the street are basing their position on emotion.  Our statements and positions are based on science," Hansen said in an email.

For Hansen, not properly making clear the dangers of climate change would be "malpractice." However, this view is not held by all scientists, many of whom are deeply uncomfortable with what they would consider to be activism.

"Everything that you are trained to be as a scientist is dispassionate, seeking the truth, no matter what that truth is," Thorne said. "Scientists have to be seen, in my view, as honest brokers."

There is little chance of anyone mistaking Hansen as a neutral player, though. For over 30 years, Hansen used the accuracy of his predictions and his stature as a scientist to draw attention to the problem of climate change, even being arrested in a protest and testifying before Congress.

Ultimately, the debate surrounding Hansen and his group's paper may fade into the background as minutia. Despite his qualms with the paper, Thorne makes it clear that this is a debate over specifics in science, not the occurrence of climate change itself.

"If people take this and they say, 'Well, they don't understand anything,' that's the wrong conclusion to take here," Thorne said. "This is people arguing over how fast we're going, not whether we're going the wrong way."