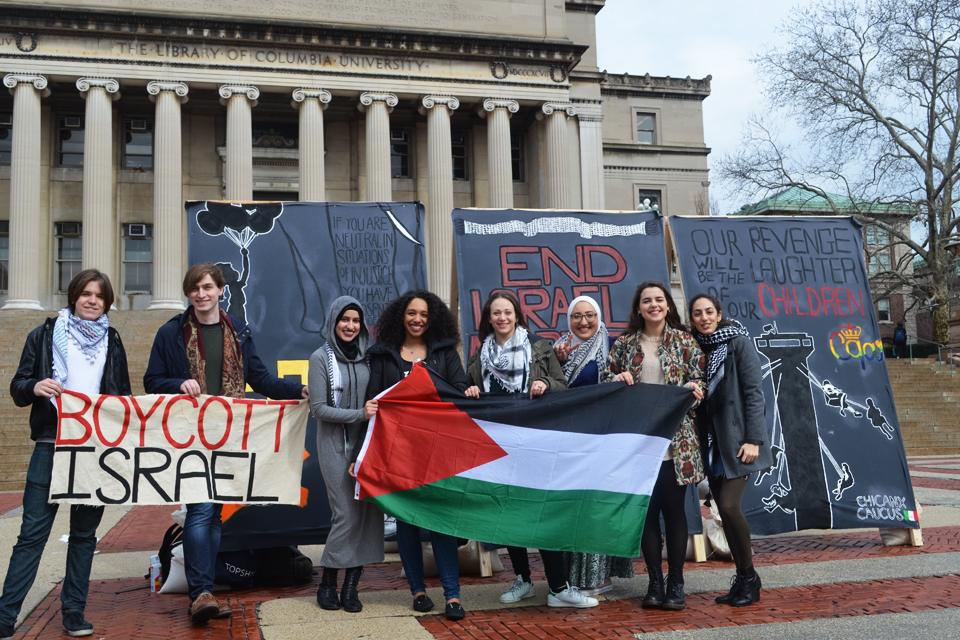 CUAD submitted a proposal on Thursday to the Advisory Committee on Socially Responsible Investing advocating for divestment.

Columbia University Apartheid Divest submitted a proposal to the Advisory Committee on Socially Responsible Investing on Thursday asking the body to recommend divestment from companies that "profit from the State of Israel's violations of international law."

The proposal is the latest development in an ongoing debate over Columbia's ties to Israel—in March, a volley of petitions signed by faculty, students, and alumni circulated campus, both in condemnation and in support of divestment.

The proposal, published on CUAD's website, puts forth that the University must address a "double standard posed by the dissonance between Columbia's ideals and and its current investment in Israeli settler colonialism."

Second, the proposal demands "research be done" on all holdings—direct and indirect—in order to determine if a given company is "complicit with Israeli practices." Third, the proposal demands that the University publicly divest from such companies and develop "negative screening practices" in order to confirm that Columbia will not reinvest in these holdings until they cease to invest in Israel, or until the State of Israel "dismantles its apartheid wall."

CUAD organizer Shezza Dallal told Spectator on Feb. 1 that the group had not yet decided whether they would push for divestment through ACRSI or through a University-wide referendum. Dallal had said that ACRSI "places a lot of burden on whoever is bringing forward the proposal to compile research."

ACSRI chair Jeffrey Gordon confirmed to Spectator that the committee had received the proposal, and noted that it will likely be considered in the fall.

"It should be noted that the committee received a proposal the previous week on fossil fuels divestment from Earth Institute faculty members and is working through a proposal on tar sands divestment. So I would expect there to be sequencing issues on consideration of the CUAD proposal," Gordon told Spectator.

This is not the first time such a proposal has come before ACSRI. In 2002, faculty presented a similar proposal to ACSRI for its consideration, demanding that the University divest over $8 million in its holdings in Boeing, General Electric, Caterpillar, and Lockheed Martin. That campaign was also met with opposition—over 33,000 students, faculty, and alumni signed a petition opposing divestment.

ACSRI ultimately rejected the petition, and University President Lee Bollinger refused to throw his support behind it.

"I want to state clearly that I will not lend any support to this proposal. The petition alleges human rights abuses and compares Israel to South Africa at the time of apartheid, an analogy I believe is both grotesque and offensive," Bollinger said.

Still, despite the committee's rejection of the previous proposal, CUAD is again calling on ACSRI to call for divestiture.

"In the 14 years since this proposal was rejected, Israel has ramped up its violence towards these civilians and its illegal settlement practices to levels unimaginable, even in 2002," the proposal said. "We thus call upon you now to not only hold our university to a higher moral standard, but to consider Israel's apartheid system in all its forms."