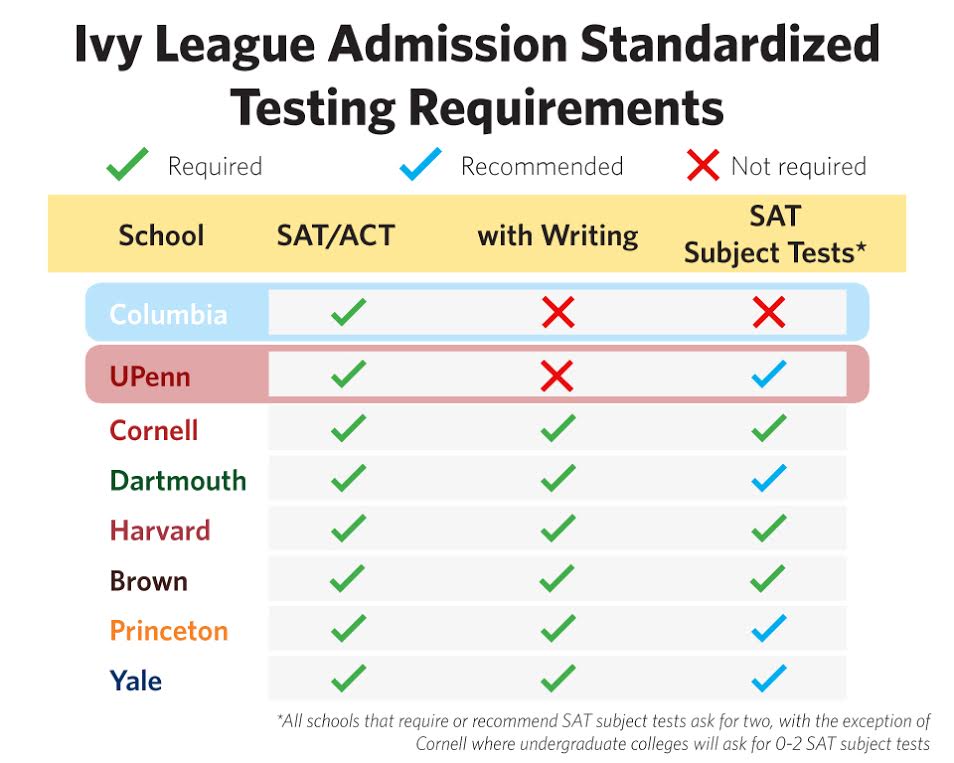 The Office of Undergraduate Admissions announced on Thursday that it will no longer require applicants to submit SAT Subject Tests or writing portions of the SAT or ACT. Columbia will join the University of Pennsylvania as the only Ivy League schools without either requirement.

Previously, applicants had to submit at least two SAT Subject Tests as well as either SAT or ACT scores, including scores from each test's writing section. This requirement was among the most rigorous in the nation—only 13 schools require Subject Tests from all applicants.

The announcement added that Undergraduate Admissions will maintain its "holistic review process" in evaluating applicants, which purports to not value standardized testing over any other aspect of an application.

Correction, June 9: A previous version of this article stated that Columbia would be the first Ivy League school without either requirement. In fact, the University of Pennsylvania will not require writing portions of the SAT or ACT for students applying for entry in Fall 2017.