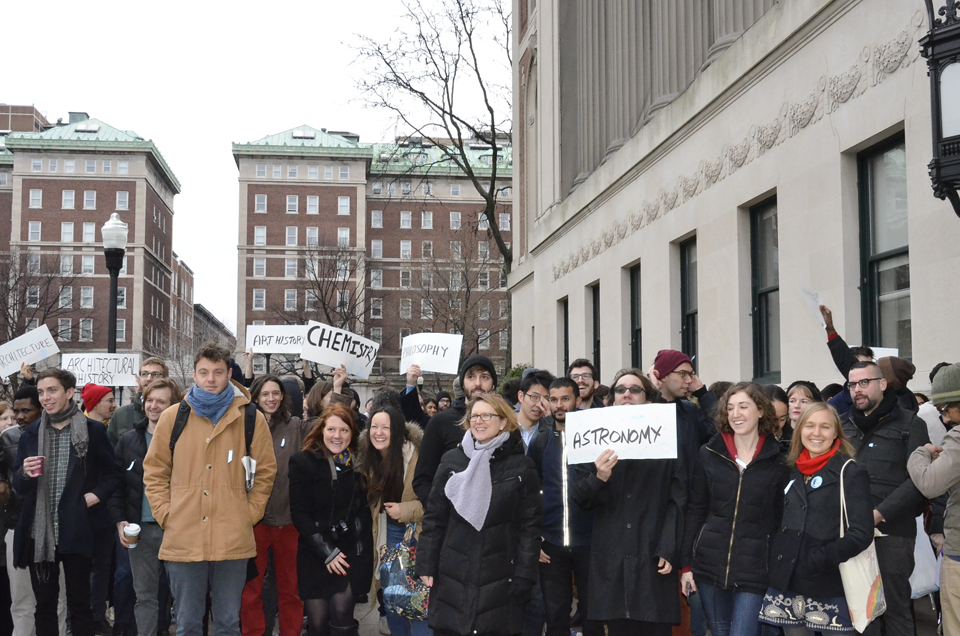 Graduate students at private universities nationwide will now be able to unionize.

In a landmark case, graduate students at private universities nationwide will now be able to unionize following the National Labor Relations Board's decision in favor of graduate research and teaching assistants at Columbia.

A 3-1 decision released by the NLRB on Tuesday overturns a 2004 Brown University precedent that banned graduate students from unionizing, which stated that students were not employees and were not entitled to the right to collectively bargain.

"We're throughly excited that the NLRB has ruled in our favor," Paul Katz, an organizer with the group Graduate Workers at Columbia, said. "It's particularly exciting that this is paying off not only at Columbia but across the country."

GWC will next hold an election for graduate teaching and research assistants to vote on whether they should unionize. Katz declined to say when that election might be held, but said the group hopes it will be "as soon as possible."

This decision comes after a protracted legal battle between the University and GWC. The group first moved to unionize almost two years ago. After the University refused to recognize GWC as a union, the group took their case to the highest level of the NLRB, a five-person governing body in Washington referred to as the Board. The Board agreed to review the GWC's petition to unionize last December after a regional office of the NLRB had twice dismissed it.

In a letter addressed to University President Lee Bollinger at the beginning of the campaign to unionize, GWC said students did not have job and wage security, citing issues including unpredictable funding, late paychecks, rent increases, poor medical coverage, and a lack of transparency in administrative policies.

University President Lee Bollinger has previously made the same argument and contended that graduate unionization is "not necessary."

But the NLRB ruled in favor of GWC, which argued that research and teaching assistants who "perform services for Columbia, receive compensation for performing these services, work to fulfill the mission of the University, and work under its direction and control," are employees.

A University spokesperson declined to say whether Columbia will appeal the decision in federal court, and said in a statement that although the University is still reviewing the ruling, it disagrees with the outcome.