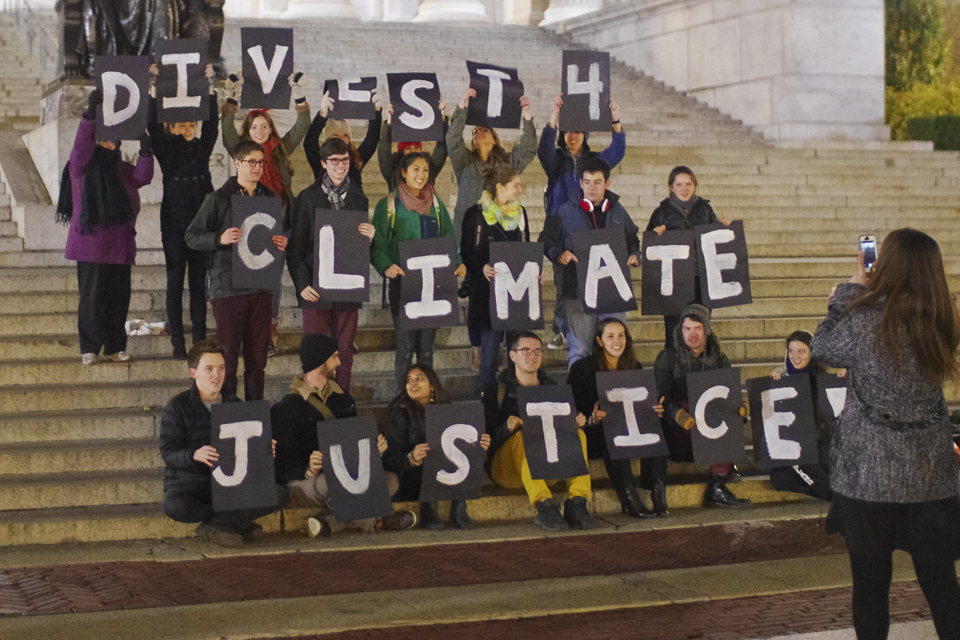 The proposal suggests that the committee would recommend that Columbia divest from companies that mine fossil fuel reserves called tar sands,

The Advisory Committee for Socially Responsible Investing released an early draft of its internal fossil fuel divestment proposal on Wednesday, marking the first time the committee has made public details of how they would recommend divesting the University from certain fossil fuels.

The proposal states that the committee may recommend that Columbia divest from companies that mine fossil fuel reserves called "tar sands," and gives the University community until the end of September to submit their feedback.

If feedback is largely positive—a criterion ACSRI uses for divestment is that the community must reach a "broad consensus"—the committee will research and propose specific companies they'll recommend the University divest from.

ACSRI chose to target tar sands because the act of divestment from that industry could have "real world implications," according to Jeffrey Gordon, the chair of ACSRI.

Should the proposal receive support from the University community, Gordon said that it could serve as a template for future divestment models, and noted companies engaging in Arctic drilling as possible candidates.

In rejecting CDCJ's proposal in November, the committee said that it would instead look to cultivate an approach called Stand Up For Science, in which the University would target companies engaged in climate change denialism.

That approach—one that activists have criticized as too moderate—is the foundation for the committee's tar sands proposal.

"The business model of tar sands development not only requires long term production for economic success but also the imposition of extra emissions burdens throughout the long period," the proposal said. "These elements, which lock in long term new production and long-term excess emissions, show the denial of climate change science in tar sands development and reserves holding."

The committee chose not to propose specific companies before soliciting the community's feedback because they were concerned such an action would be "premature".

"There are still some in the university that think divestment is a tool that should never be used," he said. "Before we get to specific cases, it seems like it's worth having a conversation about what the basis of divestment should be."

Faculty and students have until October 7 to submit their feedback.