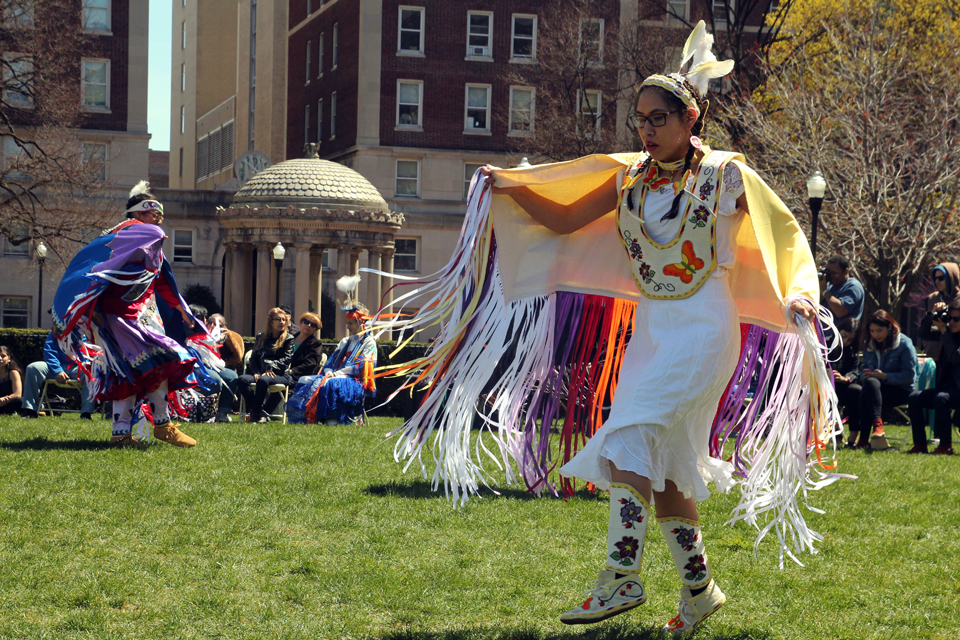 The University will install a permanent plaque acknowledging the Lenape people on campus in October.

A permanent plaque acknowledging the Lenape people, who lived in Manhattan before and during the colonization of North America, will be installed on campus by the University in October.

First requested by the Native American Council in 2013, the plaque's installation will follow three years of negotiation and, later, collaboration between NAC and the Office of University Life.

"It was something that we worked towards for a long time," NAC Co-Political Chair Tristan Stidham said. "It's nice to see that native peoples and their history are being acknowledged by the administration."

The cast bronze plaque will measure 13 inches tall and 25 inches wide, and will be placed on the southeast corner of the green directly across from the doors to John Jay Hall, according to Stidham.

The effort to compel the University to install such a plaque began with a 2013 petition organized by NAC that accumulated over 1,000 signatures, touting the University's name and crest as evidence that it "already implicitly acknowledges the fact that the school has prospered because of a colonial legacy that entailed the persecution and removal of the original owners of this land."

For years, little progress was made, and NAC faced prolonged difficulty in navigating the proposal process to have such a plaque installed on campus.

The movement gained momentum last fall, however, garnering statements of support from Chicanx Caucus, Grupo Quisqueyano, and LUCHA. Executive Vice President for University Life Suzanne Goldberg expressed support for the plaque in a meeting with NAC board members last November, after which the board submitted a draft of the plaque's language to her office. Following that meeting with Goldberg, the process to approve the plaque moved smoothly, according to Stidham.

"There was kind of a shift, and the administration was very cooperative and it seemed like they really wanted to get this done this past year," Stidham said. "With regards to the plaque, they [the Office of University Life] have been excellent to work with."

Goldberg presented the finalized proposal for the plaque to the Board of Trustees last spring, and the board voted to approve the plaque in mid-June, according to Stidham.

"The native students at Columbia are not a big group," Stidham said. "And especially with all the colonial history you see at Columbia with statues of Hamilton and Jefferson, it's nice that we have something now."

NAC has yet to announce the exact language of the plaque, but Stidham said the plaque would be erected and unveiled during the week of Indigenous Peoples' Day, on Oct. 10.