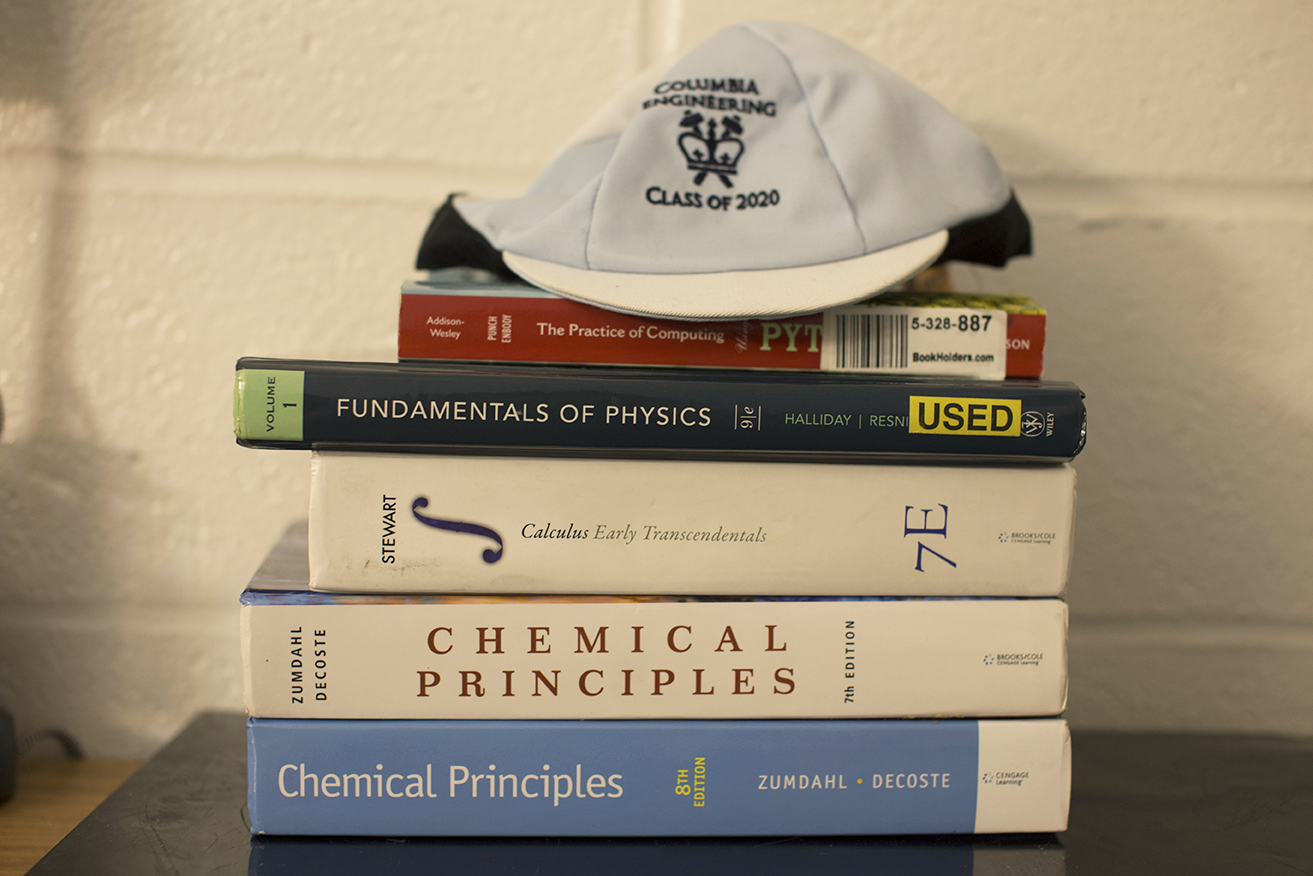 ESC is looking to reduce the cost of textbooks with a new proposal.

Engineering Student Council is looking to reduce the costs of textbook for students in the School of Engineering and Applied Science by encouraging professors to use older versions of textbooks.

Technology Representative Vinay Mehta, SEAS '18, plans to present a resolution to ESC's general body that would request that all SEAS academic departments use older textbooks.

Though the resolution is still in its early stages, Mehta expects to present it for a vote within two or three weeks and hopes that students will see an effect in the spring semester.

Mehta acknowledged that the resolution might not address costs in some core classes—such as physics, chemistry, and calculus—since these are taught through Columbia College departments. But students in these classes are often able to access pirated copies of the textbooks online.

"In calculus, I never once touched a physical textbook," Mehta said.

In a later phase of the program, Mehta envisions a textbook-sharing system that would prevent students from having to purchase textbooks in the first place.

"What I'm hoping for, for example, is the mechanical engineering department will have 20 or 25 copies of a thermodynamics book, which they'll use for 10-15 years," Mehta said in an interview with Spectator. "There's no developments in mechanical engineering on a fundamental level like that that's really going to rock up the textbook content."

When professors assign the newest edition of textbooks, it leaves students to either pay full-price for the required version, work with an older version, use copies on reserve in the library, or search for illegal online copies of their textbook.

This can become especially costly as SEAS students face core requirements in calculus, physics, and chemistry, with prices for textbooks for these classes in the hundreds. The textbook assigned for Physics 1400 and 1600-level, Pearson's University Physics, retails for $260, and Cengage Learning's Chemistry, the textbook for Chemistry 1600-level retails for $221 new on Amazon. Used versions are only slightly marked down.

The problem is compounded by the fact that many SEAS departments still fail to comply with a federal law that requires them to publish the prices of required readings online prior to course registration.

Although assigning the newest editions of textbooks is common, both students and professors question whether older textbooks provide inferior educational material, or whether to even use textbooks at all.

"I actually don't use textbooks in my classes given their ridiculous pricing," said Upmanu Lall, a professor of earth and environmental engineering. "I concluded a while back that notes or material from journal articles was just as effective."

Yang Yang, SEAS '17, said that he opts to use older textbooks, when allowed by professors.

"In older editions, it's not totally the same. It's easy for us to understand the changes, though," Yang said. "The professors often see the textbook as assistants to his class, so we don't really need to use the textbook."

David Vallancourt, a senior lecturer in electrical engineering, either assigns older versions of textbooks, or uses lecture slides with no textbook. When new content needs to be added to a class, Vallancourt simply updates his lecture slides. Vallancourt acknowledges that this is feasible given the already well established nature of his field.

"The courses that I teach are courses where the material was established decades ago. There may be research to push a few things forward here and there, but that's not even the stuff that's likely to show up in a textbook," Vallancourt said in an interview with Spectator.

Vallancourt acknowledges that some professors do not have the time that he has as a lecturer.

"I can put in the time for my classes in a way that [other professors] dream they could do it, so selecting a textbook for them that's current would make it easier for them," Vallancourt said. "What I do is kind of labor intensive, and I'm one of the few people that's lucky to have the time."

But while electrical engineering changes more slowly, newer textbooks are vital in other areas in order to keep up with changes. Karl Sigman, the director of undergraduate studies in industrial engineering and operations research, sees this conflict since his classes often focus on the continually changing nature of computing and programming.

"There are times when the book has a new edition which is a significant change," Sigman said in an interview with Spectator. "For a topic like this, there's so many new developments and applications that the new editions can sometimes be a real improvement that we don't want to lose out on. It makes it difficult to use an older edition. But in some cases, I've seen the new versions not gain any specific improvement."

But overall, Sigman believes that textbook decisions should be at the discretion of professors.