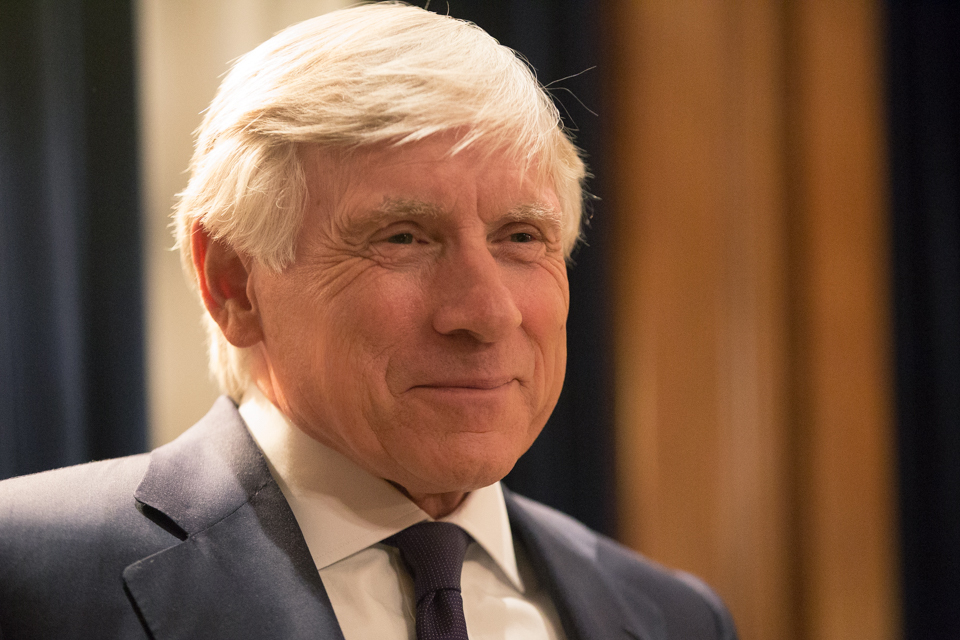 During University President Lee Bollinger's first fireside chat of the semester, he answered questions about community, stress culture, and faculty tenure from students in Columbia College, School of Engineering and Applied Science, and School of General Studies.

The evening began with a question regarding efforts to reverse the common perception that the University lacks a sense of community. Bollinger was quick to respond, noting that he's heard the same concern "from the very beginning" of his tenure.

Bollinger referenced the Office of University Life, which he established in 2014, as a successful example of one of his initiatives to improve community on campus. However, Bollinger admitted that there are still many challenges to building community at the University.

"I think this has a number of dimensions," Bollinger said. "Any time you're in a high-powered academic environment, you end up spending a lot of time alone. When you're in New York City, there are so many things that pull you away from the campus."

He highlighted how the University has grown over the years to foster community.

"Lerner and all the residence halls, and everything that's been built up over a generation have been designed to create more community and [have] been extremely successful."

"In addition to the intellectual life pieces, there are some fun community-oriented events along the lines of stress and mental health and wellness," Goldberg said. "Yoga Tuesdays has been an innovation this year."

Students also raised concerns regarding large course loads and a prominent stress culture, issues that have been discussed by students frequently in recent years.

Bollinger polled the room to see how many students believed that stress levels at Columbia are too high, and over half of the students in the room raised their hands. In considering these concerns, Bollinger referenced his own role as a professor in his Freedom of Speech and Press class.

"I call on two students to engage the class for an hour," Bollinger said. "I know the students, before I call, feel a lot of pressure. Should I be concerned that I'm putting too much pressure on students?"

He polled the room again and found that about half of the room agreed that professors should think about the amount of work they assign within the context of students' entire workloads.  Bollinger agreed that there is a need for further action but also reminded students of their own role in perpetuating stress culture.

"There is a norm that if you take four classes you're trying to get by," Bollinger said. "What's going on there?"