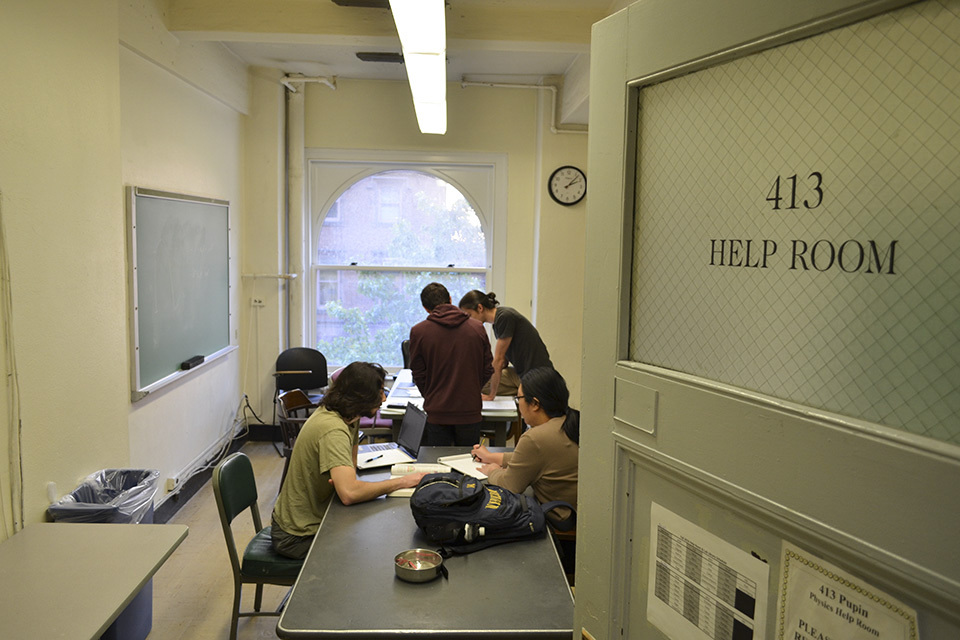 The National Labor Relations Board ruled that undergraduate teaching assistants are part of the Graduate Workers of Columbia's bargaining unit.

In August, the National Labor Relations Board ruled that graduate teaching and research assistants at private universities across the nation could unionize, handing a major victory to the Graduate Workers of Columbia.

But the NLRB's decision also handed the group a second, crucial win—it approved GWC's request to include undergraduate teaching and research assistants in the union's bargaining unit.

This ruling leaves that group of undergraduates with a decision ahead of the unionization election: whether or not they believe a union composed predominantly of graduate students will be able to represent their needs. The results of the election would bind all students in the bargaining unit—meaning they would likely pay union dues—regardless of how or if they voted.

The University previously argued to the NLRB that the educational services that undergraduate and graduate teaching assistants provided were too dissimilar. They also argued that master's students and undergraduate students would be less likely to be concerned with issues such as quality of health care and housing costs.

The NLRB rejected that argument in their ruling, stating that the shared desires to successfully balance coursework with job responsibilities and to address policies affecting stipend disbursement and pay periods create "a community of shared interests." These shared interests make it appropriate for undergraduates and graduates to be included in the same bargaining unit.

"It's an interesting question of who would best represent interests of undergraduates who are working at the University," said Stuart Buttrick, an attorney who specializes in employment and labor law. "It's not unusual for unions to represent many types of job duties in one bargaining unit. However, the union will likely pay attention to majority of membership rather than the minority when it comes to bargaining."

Provost John Coatsworth raised the same concern in a September interview with Spectator.

"It hardly makes sense to think that one shoe fits all," Coatsworth said. "Negotiating a contract with a union where the terms are relatively uniform across the institution is a really daunting task."

However, William Herbert, the executive director for the National Center for the Study of Collective Bargaining in Higher Education, noted that several public universities, including University of Massachusetts Amherst, have already successfully formed such unions.

"The inclusion of undergraduate student employees in a new certified bargaining unit at Columbia would mean that their terms and conditions will be negotiated along with those of the graduate student workers," Herbert said. "It is common for different employee groups and titles to be included in the same bargaining unit and for their working conditions to be the subject of the same set of negotiations."

Gabrielle Taylor, SEAS '17 and a teaching assistant in the computer science department, said that although she has previously "not been a fan" of unionization, she would throw her support behind student unionization at Columbia.

"I think in general, you have a lot of similar sorts of problems for TAs, regardless of whether you are a graduate or an undergraduate," Taylor said. "The only complaints I've had about being a teaching assistant, I've heard them echoed by grad students."

Still, some students like Maya Hunt, GS/JTS '16, are not convinced that unionization will benefit them. In an interview, Hunt, a teaching assistant in the ecology, evolution, and evolutionary biology department and a research assistant at the Medical Center, expressed some of the same concerns raised by her graduate counterparts.

Though Hunt said that she understood why teaching assistants would want to unionize, she said she was particularly concerned about the impact that unionization could have on her research.

"I don't think it's going to be as good for the community or the people who are involved for it, as it would seem at the outset," Hunt said. "If someone's on strike and you need to do research and you don't agree with what they're striking on and you go in, you can be fined for that. It's very easy to implement a union, and very difficult to get rid of it."