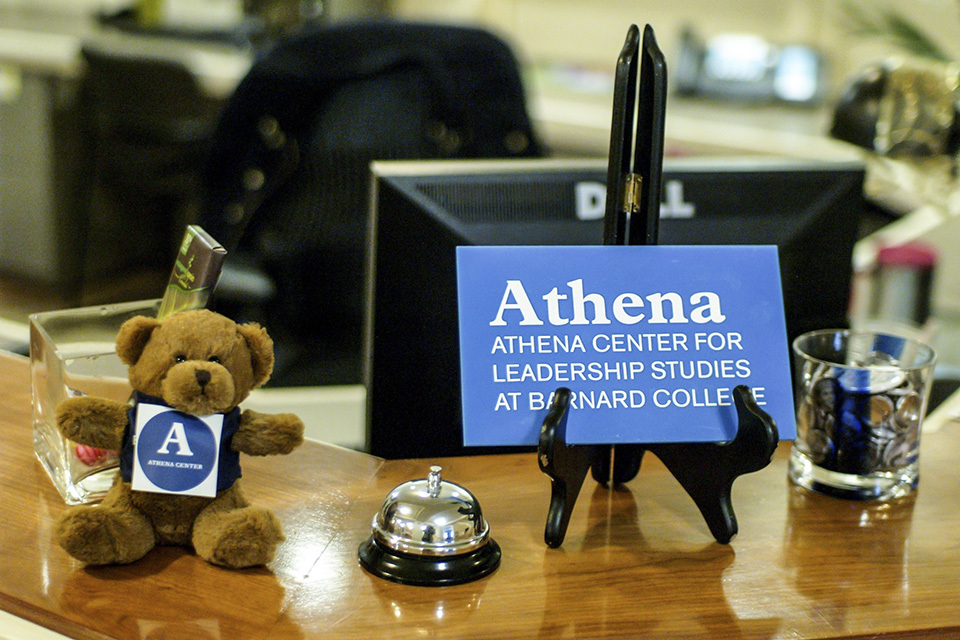 Established in 2009, the Athena Center is a special initiative dedicated to the theory and practice of womens leadership.

When Haley Fica, BC '17, came to Barnard, she knew she wanted to learn how to be a leader. A former Girl Scout, she felt that the Athena Scholars Program—a program hosted by the Athena Center for Leadership Studies that she found out about when she was preparing to apply to Barnard—would give her an opportunity to expand on her passion for leadership in college.

But Fica, a physics major pursuing a double minor in ancient studies and dance, ultimately found herself unable to meet the demands of the program as a STEM student because of her lab-heavy schedule.

"I actually had to end up dropping the program this year," Fica said. "The class that I would have had to take for the Athena program, a seminar that they only have a few times a year, was during both of my major requirement classes."

The Athena Center was established in 2009 as a special initiative dedicated to the theory and practice of women's leadership, as mentioned in Barnard President Debora Spar's inaugural address. The center replaced the Barnard Leadership Initiative, which was criticized by some students as having "vast room for improvement" owing to a "narrow scope" and poorly defined requirements that contributed to low student engagement.

The scholars program—which allows students to take a number of courses dedicated to theoretical and practical leadership skills—was officially inaugurated in 2010 and has since seen enrollment increase by 63 percent between May 2011 and October 2016, growing from 152 scholars to 248.

To become an Athena Scholar, students must take the Women in Leadership seminar, a senior seminar, three electives from an approved list, three leadership labs, a social action project, and a practicum.

Although electives for the scholars program may be cross-counted between a student's major and the Nine Ways of Knowing or Foundations, none of the approved electives currently fall under a STEM-related field of study.

Athena Scholar Anjali Ferris, BC '17 and a neuroscience major on the pre-med track, said that this has made it harder for STEM majors to complete the scholars program requirements in comparison to humanities or social sciences majors.

"It's been pretty hard for me to fit things in," Ferris, who is one of the program's few STEM major scholars, said. "There's also very little overlap with pre-med and STEM majors and the Nine Ways."

Sarit Abramowicz, student programs manager at the Athena Center, said that because the electives cover topics related to power structures, gender, and presentation skills, most of the courses that are approved fall into humanities and social science departments.

Abramowicz also said that the structure of the program is not meant to be tailored to individual courses of study.

Abramowicz and Chief of Staff Victoria Gordon, who is overseeing the center's operations while Kolbert is on sabbatical, said that to help evaluate the academic offerings of the program to better serve student needs, the center is looking to hire an academic director of student programs. The director will compile a set of recommendations of ways in which the program's offerings can be updated, which will be presented to Barnard's Committee on Instruction for approval.

"We want someone who is specifically in the academic realm to help weigh in on that process, and we have been in conversation here at the Athena Center, taking into account this issue with STEM students," Abramowicz said.

Gordon said that the center is currently collaborating with the Provost's Office to set up a search committee for the academic director role and that she hopes to have someone hired by the end of the academic year.

But as the center waits for the director to be hired, Abramowicz said that it is committed to updating its approved electives and offerings to better reflect the courses offered at Barnard and the needs of students, and noted that academic diversity remains important to the program's mission.

"We absolutely want STEM people in the program—that's really important on many levels, for the STEM students themselves," she said. "The more diversity we have in the scholars program, the richer it is for the students participating."