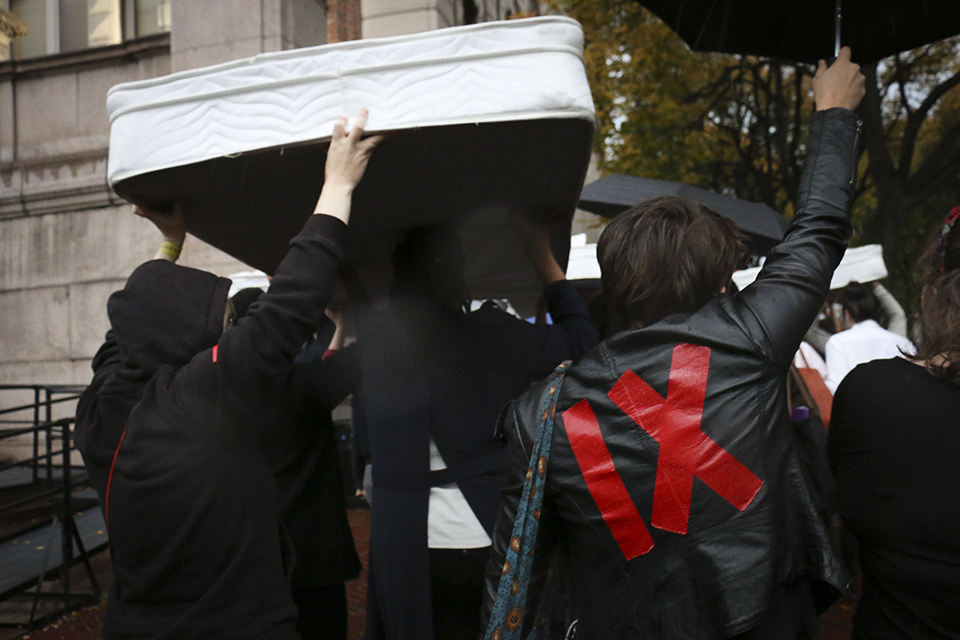 No Red Tape is continuing their push to demand that students be allowed to record gender-based misconduct proceedings.

Controversy around a policy that bars students from recording gender-based misconduct proceedings has continued on campus.

In response, Executive Vice President of University Life Suzanne Goldberg issued a statement defending the policy on Columbia's Sexual Respect website, arguing that allowing students to record the proceedings would create a chilling effect on the number of students who report experiencing assault.

No Red Tape will fire back on Friday afternoon and has organized a protest on Low Steps, during which they will continue to argue that the policy violates Enough is Enough.

However, according to a guidance document issued by the State Education Department and the New York State Office of Campus Safety to college campuses about how to comply with Enough is Enough, the law mandates that universities give students access to records that are created during an investigation process, but does not specify the type of record that the university must create.

"There is no requirement in the law that an institution prepare a transcript on demand," the document said. "For most institutions, they are required to continue their practice of giving participants reasonable access during business hours and are specifically not required to provide participants with copies of the record."

But despite the question of legality, the core issue that NRT has raised—that students should have the right to access recordings or a transcript of their own testimony during GBM proceedings—has resonated with some on campus.

At the most recent University Senate plenary, both student and faculty senators raised concerns about the policy and argued that the University should be required to provide students with transcripts of their testimony in the spirit of protecting due process.

In an interview with Spectator, Marjory Fisher, the University's newly-hired Title IX coordinator, said that many sexual assault survivors are uncomfortable having their interviews recorded and argued that the chilling effect of doing so outweighs the concern that the proceedings will not be accurately transcribed.

Pointing to her experience as bureau chief of the Special Victims Bureau in the Queens District Attorney's Office for 22 years, Fisher also expressed the concern that if students were allowed to record their testimony, the recordings could end up in the wrong hands.

"If someone comes in and puts their phone down and records, I don't think that they can say with any absolute certainty that that recording couldn't end up in the wrong hands and could end up on YouTube or any other place where someone who wants to breach the privacy of these proceedings could decide to take those recordings and put it there," Fisher said.

She noted that because complainants sometimes give multiple interviews during the course of a single investigation, someone who receives the recording could "pick and choose what they want to publicize."

However, Fisher did express a willingness to consider modifications to the policy, including considering a model that would give students the choice to request that the University create and retain an audio recording of their testimony—though she added she would be concerned that students might feel they are expected to choose that option.

"Ultimately I feel that we are trying to get the greatest number of people who have been sexually assaulted or the victims of sexual misconduct to the Office of Gender-Based Misconduct," Fisher said. "And if they are worried about being recorded and they won't come,  then that is a failure."