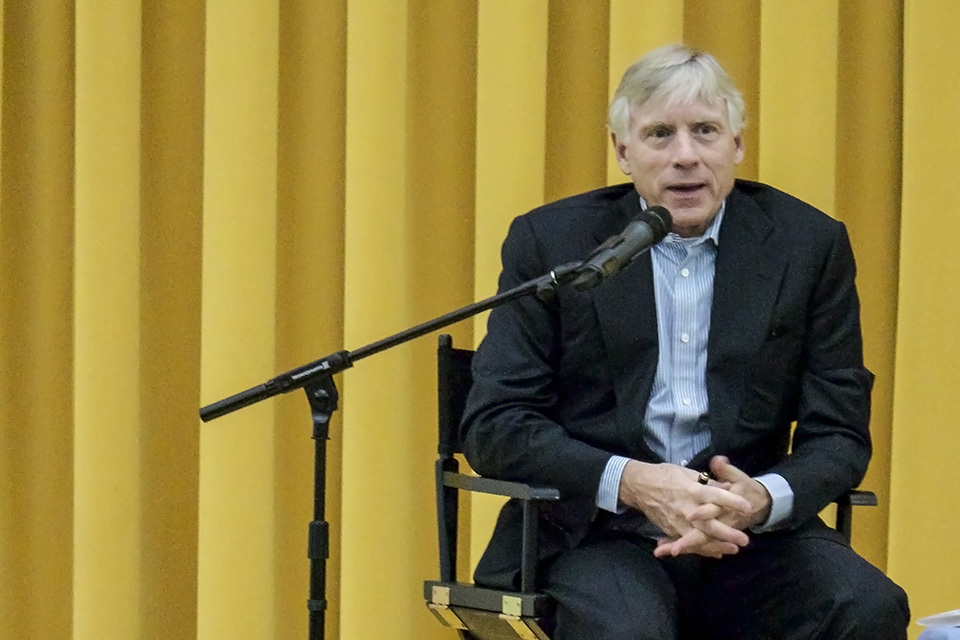 In his remarks, which also celebrated the Core Curriculum and the three faculty members that the dinner honored, Bollinger said that the threat Trump's presidency poses to Columbia's values was too great for the University to stay silent.

"The University is not a political institution—we do not take positions on political issues. But when you have a position that produces a president and vice president that challenge the central idea of a university, one has to do something," Bollinger said to applause.

"The denial of climate change, the rejection of the fact of evolution, the attack on free speech, the dissemination of falsehoods deliberately and intentionally that would make George Orwell seem naïve and unimaginative," he continued, "the attack on groups that we celebrate at Columbia and embrace as part of our greatness—these are not political issues. This is where we stand. This is a challenge to what we stand for."

Though Bollinger said that he would have "more to say in the months ahead" about how Columbia will engage with those issues, he set forth an immediate mandate to "teach the Core Curriculum with more fervor and passion than it has ever been taught before."

Bollinger had previously expressed a similar, though less strongly-worded, sentiment in an email to the University community following Trump's election last week. He also had said last semester that he thought it would be a "real pity" if Trump were to be elected president.

"I do not want to turn this into a political event. I am sorry if there are people in this room who voted for people I have named—do not be offended," he said. "But there are things that have happened that must be recognized."