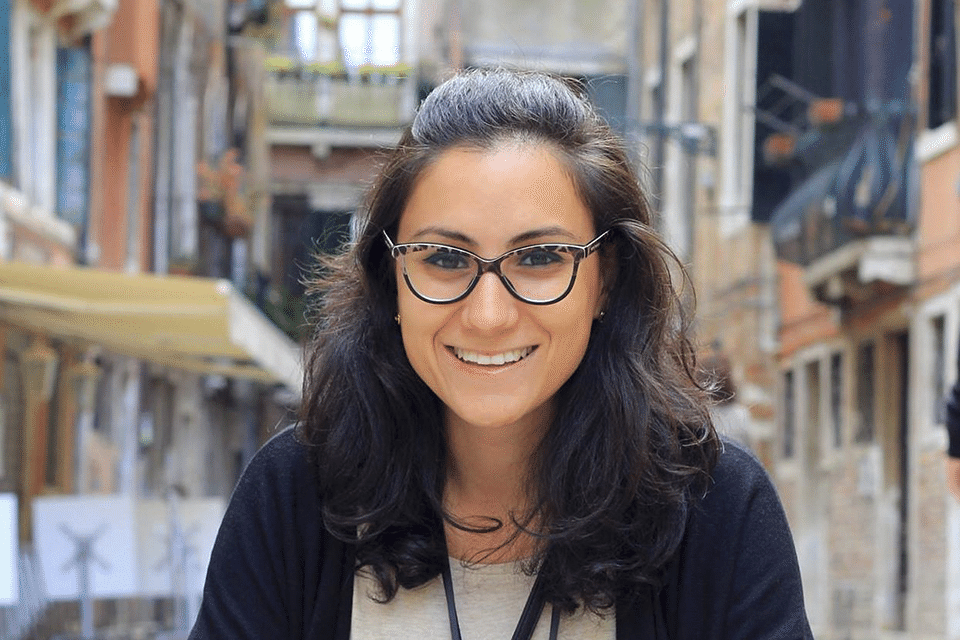 Nur Arafeh, a graduate of the School of General Studies, will study international development at Oxford University.

School of General Studies alumna Nur Arafeh '13 has been selected as one of the first-ever 2017 Rhodes Scholars for the Syria, Jordan, Lebanon, and Palestine region.

Arafeh participated in the dual B.A. program between Columbia and Sciences Po, studying political science, economics, and Middle Eastern studies, and holds a master's degree  in development studies from the University of Cambridge.

This is the first year the Rhodes Trust is awarding scholarships in the region, and Arafeh is one of three students to win in its inaugural year.

Though she did not apply through the University, Arafeh was the only alumna to win the Rhodes Scholarship this year. While some students nominated by Columbia's internal committee were finalists in the competition, none were ultimately selected as recipients. This continues the trend of the small number of winners at Columbia compared to peer institutions.

This is the second consecutive year that a student in the dual degree program has been awarded the Rhodes Scholarship. Luca Springer, GS '16, was selected as a German Rhodes Scholar last year.

Arafeh has been living in Palestine since leaving Cambridge, and is currently a policy fellow at Al-Shabaka, a think tank that focuses on Palestinian human rights. Arafeh said that she is especially proud to have earned the scholarship in its inaugural year in the region, as she hopes it will draw more attention to Middle Eastern scholars.

"Finding a scholarship is really tough, especially for Arab countries, so scholarships would encourage many talented students from the Arab world to apply to Oxford and go there and make a difference going back and working in their own countries," Arafeh said.

Dean of the School of General Studies Peter Awn called Arafeh "an extraordinary human being," and said that he was not surprised she received the scholarship.

"I'm enormously pleased," Awn said. "I hope we see this not just as a win for GS, but for the entire undergraduate community."

Associate Dean of Global Education and Fellowships Scott Carpenter noted that the win emphasizes the strength of the dual degree program and said it "reflects the diversity and global-mindedness of our overall student body."

Carpenter said that the Office of Global Programs is continuously working to improve recruitment efforts to encouraging students to apply for the Rhodes Scholarship, and that increased participation from faculty has made this year's applicant preparation more intense than in previous years.

"We always want to put the best students possible forward, to make sure that any student that would be a good candidate is at least entertaining the possibility of applying," Carpenter said.

Carpenter also emphasized that more scholarships will be awarded as the academic year progresses. A current GS student, Peter James Kiernan, has been selected for the 2018 Class of George J. Mitchell Scholars, which will allow him a year of fully-funded postgraduate study in conflict resolution and reconciliation at Trinity College in Dublin, Ireland.

Arafeh said that she hopes to use her scholarship opportunity to become an "impactful scholar."  She plans to pursue a Ph.D. in international development at Oxford University next fall, where she will continue her research in analyzing rising economic inequality in Palestine.