34 percent of Barnard class of 2016 unemployed by graduation, according to Career Development Office survey

34 percent of Barnard class of 2016 unemployed by graduation, according to Career Development Office survey 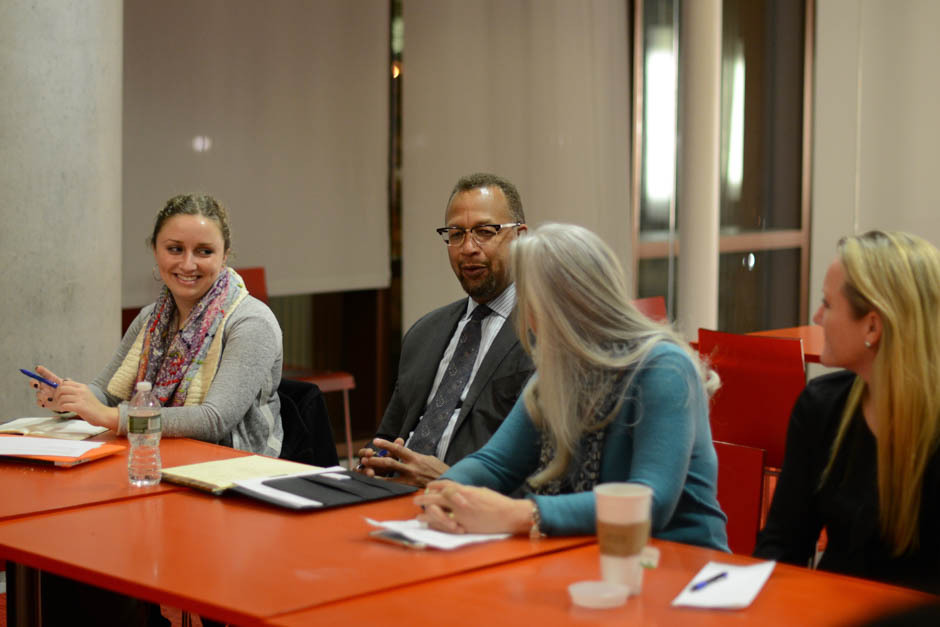 Thirty-four percent of Barnard's class of 2016 had not secured any form of employment as of graduation, according to Director of Career Development Robert Earl.

While the most recent publicly available data from this survey dates back to 2012-13, Earl told members of Barnard's Student Government Association at its Monday meeting that of the 519 members of the class of 2016 who responded, 51 percent indicated that they had secured some form of employment, 15 percent said that they would be attending graduate school, and 34 percent said that they were still seeking employment.

Of the students listed as having some form of employment post-graduation, this number included students who indicated having both full- or part-time employment, temporary employment, internships, or fellowships, according to Earl. Unlike the 2012-13 Career Development Annual Report, Earl did not specify how the 51 percent broke down into each of these subcategories.

When asked by Spectator why the surveys had not been made publicly available since 2012-13, Earl said they should have been and that the office would publish them as soon as possible.

These survey results are only slightly lower than those found in the 2012-13 report, which stated that 16 percent of the class of 2013 had confirmed graduate school plans and 52 percent had secured future employment.

Moving forward, Earl said that the office will look to emphasize services geared toward the technology industry, given that the most recent senior survey found that after finance, the industry graduating students are most heavily entering is technology.

"We know tech is where things are going, so we are making a big push to bring those types of companies on campus to provide those type of opportunities," Earl said.

Despite this "push" to assist students entering the technology industry, some council members said the office has been insufficient in affording the same opportunities that Columbia students receive through the Center for Career Education, which hosts the majority of tech career development events on campus.

Earl acknowledged this and said he has worked out an agreement that allows Barnard's 45 declared computer science majors to attend Columbia's tech conferences and career fairs and have access to LionShare job listings. But for students in other majors, such as applied math or physics, Earl said CCE will not provide them access but did not disclose why.

SGA members also said that Barnard's internship and job database—NACELink—provides inadequate listings for some majors, especially for those pursuing careers in the hard sciences.

"As a student at this school and a hard science major, NACELink is very unhelpful," SGA Representative for Inclusion and Equity Hannah Seymour, BC '17, said. "I have been looking for jobs to apply for as alternatives to graduate school, and there is just nothing."

For students outside of the STEM field, issues also exist regarding job opportunities and networking, particularly with alumni.

Despite improvements to the Alumnae Affairs website, Executive Director of Alumnae Relations Caitlin Tramel, who was also present at SGA's Monday meeting, said it is often difficult for alumnae and students to connect, particularly through the website's online directory.

"We put their information in there and then many alumnae have chosen to remain private," Tramel said. "Like any directory or phonebook, they [the alumnae directory] have limitations."

Additionally, Career Development's Mentor Match Program—which pairs current students with alumnae in their desired fields—is constrained by the number of alumnae who volunteer their time. Of the 110 students who applied for a mentor this year, Earl said that 80 received one.

But a potential source for future student employment opportunities may not rest with the alumnae community but instead with the parents of current Barnard students, according to Earl.

"We need to create this parent program, and if we do that, we can take that 51 percent and ... increase that by at least another 10 percent when students are graduating," Earl said. "That's just an untapped resource for us."