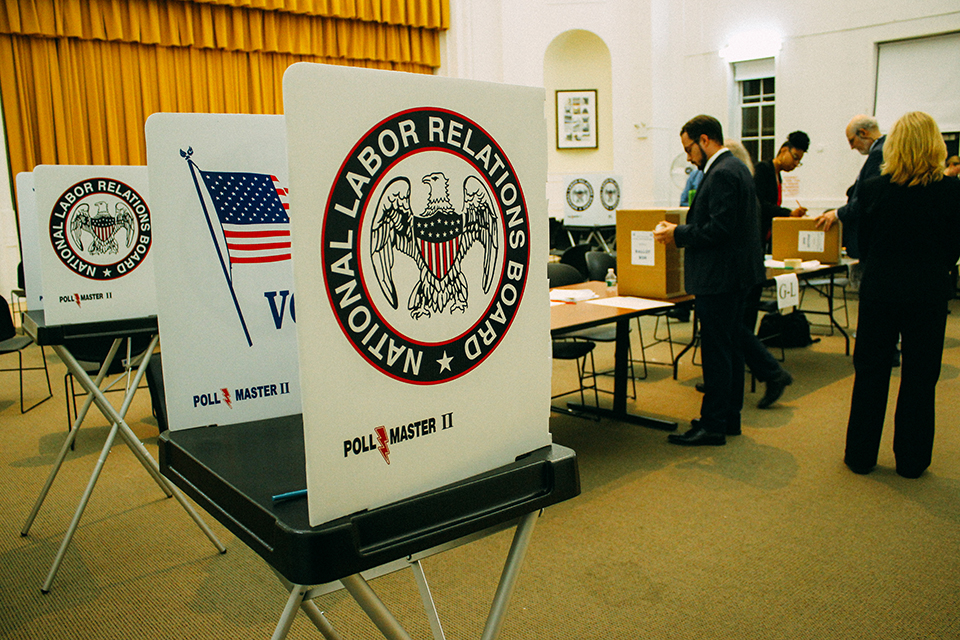 The vote that will determine whether or not teaching and research assistants join the United Auto Workers will end Thursday night.

Graduate and undergraduate research and teaching assistants headed to the polls on Wednesday to begin voting on whether or not to unionize. Voting will continue through Thursday night.

After almost two years of graduate students at Columbia campaigning for the right to unionize, the National Labor Relations Board ruled in August to allow teaching and research assistants at private universities to unionize. The results of this week's vote will determine whether or not students will join the United Auto Workers union.

If students vote to unionize, Columbia will be the second private university in the nation where graduate students are represented by a union.

Leading up to the election, the Graduate Workers of Columbia University and administrators have debated over the implications of unionization with regard to issues such as late pay, working conditions, and healthcare. The GWC-UAW argues that a union would help students address employment concerns with legal support and additional leverage in negotiations.

But administrators contend that students are better served by addressing these concerns through student governments and that unionization would fundamentally change the relationship between students and faculty.

Eligible students have been assigned one of four locations to cast their votes, with polls open on each of Columbia's campuses: Morningside Heights, the Columbia University Medical Center, the Lamont-Doherty Earth Observatory, and the Nevis Laboratories.

Though polls officially close Thursday at 8 p.m., election results will likely be delayed because some students who believed they were qualified to vote did not appear on the list of eligible student employees compiled by the NLRB. Students left off the list had to decide if they wanted to not vote or submit a challenge ballot with their name on it. If the NLRB finds that they are eligible to vote, their ballot will be counted. .

While some challenged ballots have already been submitted, there is no known estimate of the total submitted so far, according to a spokesperson for the University.

At Harvard, where elections took place from Nov. 16 to Nov. 17, around 1,000 challenged ballots have stalled the university's tally to determine whether or not students will unionize. In an email sent to eligible voters, Director of Harvard's Office of Labor and Employee Relations Paul R. Curran stated that the number of challenge ballots "is not surprising" due to the election's lack of historical precedence.

At Columbia, it remains unclear for how many challenged ballots were submitted and how long they will take to verify.

Graduate School of Architecture, Planning, and Preservation student Emily Mohr submitted a challenged ballot. She said she felt "slightly uncomfortable" due to the removal of her anonymity, but ultimately decided to vote in favor of a union.

After months of hearing arguments from both sides, students went to the polls to participate in an historic vote, which could affect stipends, grievance procedures, and the role of working students at the University.

Tina Cai, a teaching assistant in the School of International and Public Affairs, chose to vote in favor of unionization because she finds it important for students to be able to collectively negotiate over the terms of their employment and "have a seat at the bargaining table," she said.

Engineering graduate student Rishikanth Chandrasekaran said he voted against unionization because he valued the academic aspects of a professor-student relationship and does not "want the dynamic to change to one of an employer and employee," he said.