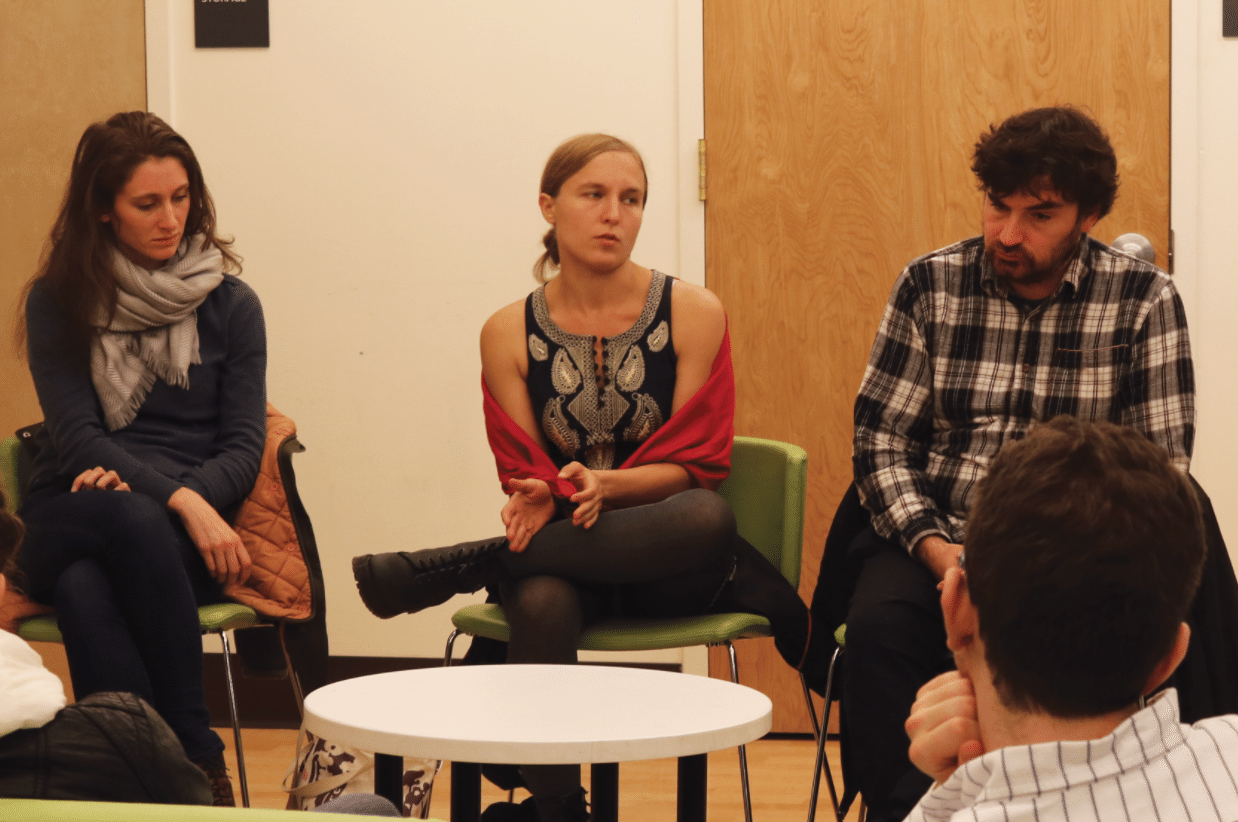 If the vote passes, undergraduate teaching assistants will be a part of the union, regardless of their vote or if they voted at all.

While the national conversation surrounding student unionization at universities has centered primarily on graduate working students, a small group of undergraduate teaching and research assistants must decide whether they feel a potential union dominated by graduate students could adequately represent them.

Years of activism on the part of graduate students culminate this week, as eligible students—both graduate and undergraduate teaching and graduate research assistants—vote on whether or not to be represented by United Auto Workers.

The vote has been anticipated since the National Labor Relations Board gave graduate students at private universities the right to unionize in August, overturning a 2004 decision. This ruling applied to all student employees who provided instructional services, meaning that if students decide to unionize at Columbia, all current undergraduate TAs and RAs will have to pay dues—2 percent of their stipend—no matter how they voted, or if they did not vote at all.

In the weeks leading up to the vote, undergraduates, who make up only 260 of the approximately 3,000 total eligible voters, have had to consider whether or not the union, United Auto Workers, would be able to address their needs and concerns regarding issues such as grievance procedures, stability of pay, and adequate representation.

For many undergraduates interviewed by Spectator, the decision is further complicated by the fact that the conversation has been dominated by graduate students and their concerns and the circulation of conflicting and confusing information.

Some undergraduate students are already anticipating the formation of a union, and are wondering how their voices will be represented when they would make up such a small portion of the overall union.

While undergraduates were invited to many of the town hall meetings that are held, most of the topics discussed were those pertaining to graduate students, like health care, parental leave and dental coverage.

"Most undergraduates already have healthcare," Kevin Chen, SEAS '17 and a TA in the Computer Science department, said, giving an example of a union focus that does not pertain to undergraduates. "I don't necessarily want the school and union to spend money and time securing it for me when I already have it, and those resources could be used for something else that might benefit me more."

Union organizer Ian Bradley-Perrin, a Ph.D. student at the Mailman School of Public Health, explained the ways in which the union planned on addressing this exact concern.

"Everyone, every department, every type of student, is worried that the majority will drown out their minority concerns" said Bradley-Perrin, "It's going to be really important for us to make sure that we have representative voices from all the different places, and though we are all facing different problems, the things that we hold in common are far more numerous than the things that separate us."

Because the dialogue leading up to election has been dominated by graduate students, communicating clear information to all eligible undergraduates has not always been successful.

Most of the information undergraduates receive comes from the Office of the University Provost, faculty within their departments, or union representatives. However, despite the efforts by all parties to spread information, some undergraduates are not included, even though they are eligible to vote.

"It's very helter-skelter who gets emails about meetings and information and who doesn't.  It doesn't seem very organized," Daniel Echikson, CC '16 and a course assistant in the Computer Science department said.  He went on to explain how only certain types of teaching assistants received an invitation to speak with a faculty member about unionization, despite the fact that all teaching assistants were eligible to vote.

Despite concerns that some of the union's goals might be more geared towards graduate students, some undergraduates interviewed by Spectator acknowledged that they do share several goals with graduate students, including the implementation of more efficient grievance procedures and a more stable payment system.

Similarly to graduate students, some undergraduates interviewed by Spectator expected that the union would provide a beneficial way to formalize grievance procedures.

"Though I feel like I have been treated well as a TA,  if something bad were to happen to me with regards to the department or faculty members, I would be very happy to have a more formal recourse," said Irit Huq-Kuruvilla, CC '16 and a TA in the computer science department.

In a meeting for student workers in the computer science department held Monday night, some professors raised the question of whether adding another layer of bureaucracy in the form of union grievance procedures would only extend the process students use to resolve certain issues.

Students pushed back against this, claiming that union grievance procedures were simply a backup, another formal option for communication with the administration that would take some of the burden off of students handling stressful situations with superiors.

"I've participated in student activism, and it's incredibly time consuming and takes a lot of work on behalf of students," said Echikson. "A union is a lot like a student activist group except it is much more formal, so things are more organized. If people have complaints, they act through the union to address the administration. It is a form of solidarity."

Undergraduate and graduate students who are in support of the union also align on the matter of wages, both constituencies hoping that a union will be able to stabilize pay.

"Pay is something a lot of people worry about. The point of the union is not to level everyone's pay but to bring everyone's up to a reasonable level," said Bradley-Perrin. "[Undergraduates] are doing essential work to the functioning of the university. They should be remunerated appropriately."

Despite the fact that some undergraduates still have reservations about their place in a possible union that may not always be working toward goals that include them, many look past this to the broader positive change a union could bring to the overall university culture, willing to pay dues even if the benefits they see may be less pronounced.

"I only have one more semester left here, and as an undergrad, not that many of the specifics will affect me," said Huq-Kuruvilla. "But I think this union gives a lot of good to a lot of people who really need it, and I think in the end that's more important."

Correction: Due to an editing error, a previous version of this article misstated that the number of undergraduates eligible to vote totaled around 5,000. In fact, it is approximately 3,000.