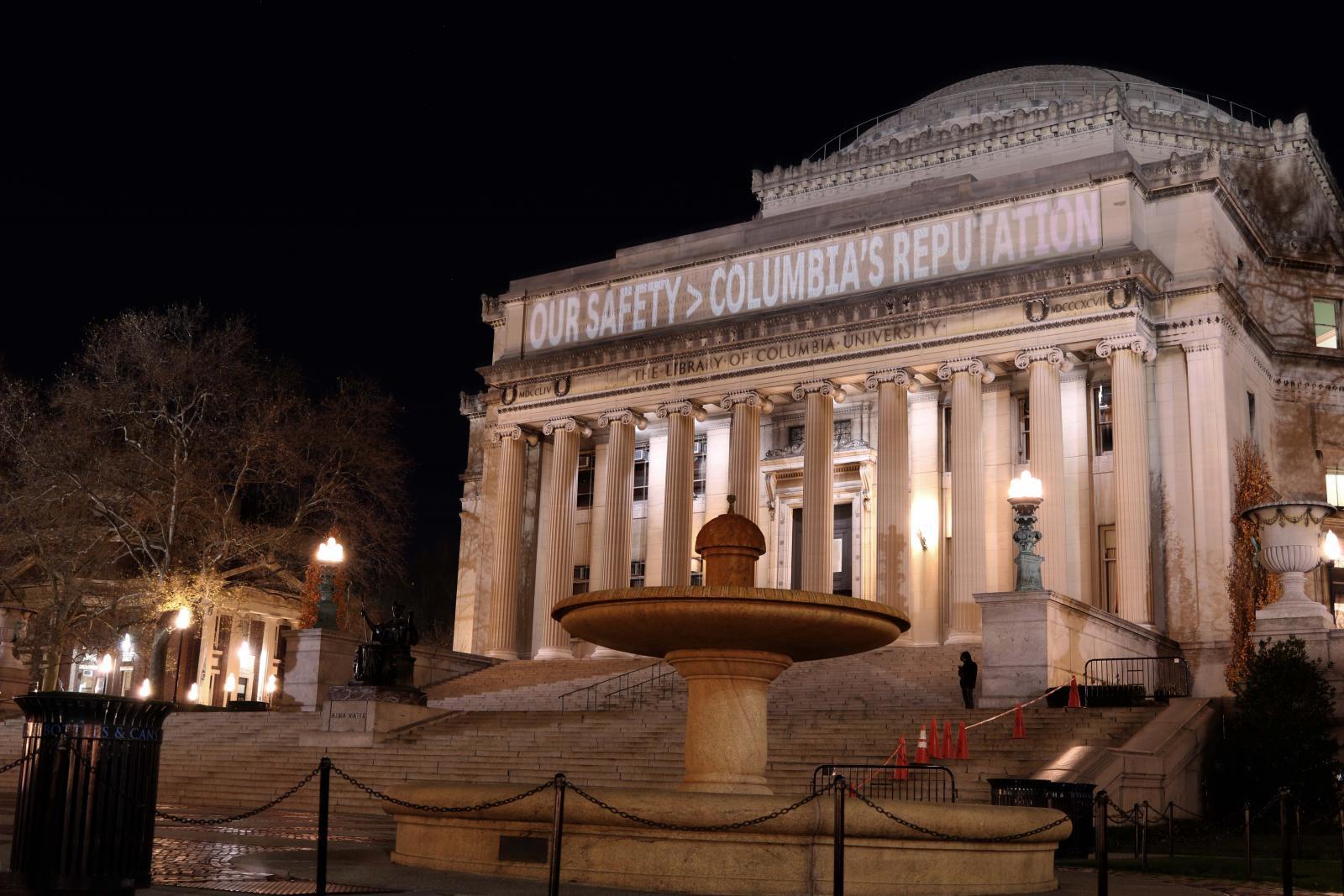 This is the first time the anti-sexual assault activism group has displayed a message onto Low Library since it projected "Columbia Protects Rapists" and "Rape Happens Here" during Days on Campus in 2015.

This protest comes as the most recent step in No Red Tape's Right To Record campaign, which is looking to push the University to reevaluate its current policies that prohibit students from recording or copying documents created during gender-based misconduct adjudication processes.

Executive Vice President of University Life Suzanne Goldberg, who was targeted by one of the messages projected by the group, has defended the recording policy in a statement posted on Columbia's sexual respect website in October. Goldberg wrote that the policy was intended to ensure accuracy and protect students' privacy, and to avoid a "chilling effect" on students going through the University's sexual assault investigation process.

"Today we are projecting different phrases that raise awareness about how Columbia is silencing survivors of sexual violence and dating violence on campus, and how [Columbia is] more interested in their reputation and threatening students than actually keeping them safe," No Red Tape member Amelia Roskin-Frazee, CC '19, said.

By projecting the phrase "How Many [Office for Civil Rights] Complaints Will It Take," the campaign also aimed to bring attention to the fact that Columbia is currently tied for second in the nation for the greatest number of campus sexual assault Title IX cases opened against the university.

At the moment, there are four active Title IX federal complaints against the University, one of which was filled by a collective 23 students and alumni who alleged that Columbia mishandled the complaints of survivors.

The group plans to continue to pursue the Right To Record campaign through an online presence and future direct action protests, according to Roskin-Frazee.

Correction, Dec. 12, 2016: An earlier version of this article incorrectly stated that the Office of University Life could not be reached for comment.