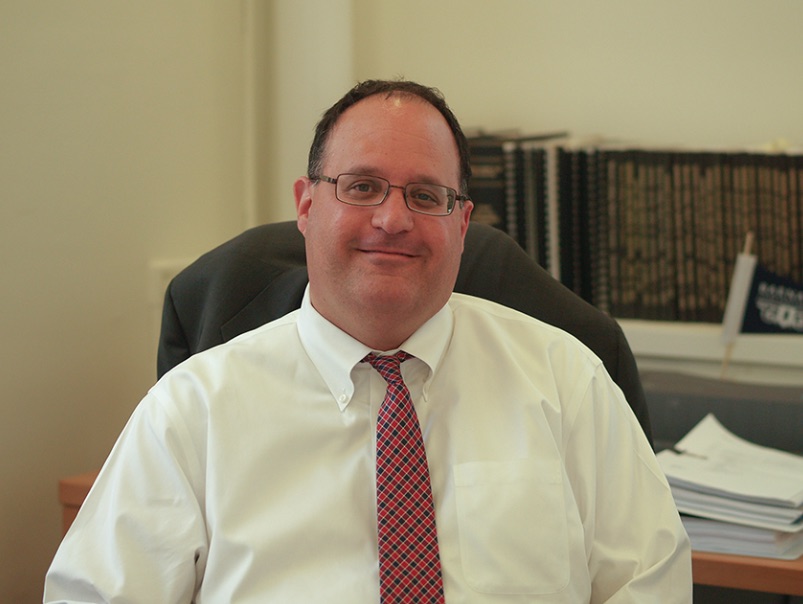 Barnard's Chief Operating Officer Rob Goldberg has been named as the interim president of Barnard College, according to an announcement sent to students from Chair of the Board of Trustees Jolyne Caruso-FitzGerald, BC '81.

The announcement comes less than a month after Barnard President Debora Spar said that she will resign from her position in March to become the CEO and president of Lincoln Center.

The last male interim president to lead Barnard College was Leroy C. Breunig, who was appointed in 1975. He was succeeded by Jacquelyn Mattfeld.

"I am honored to serve as interim president," Goldberg said in an interview with Spectator. "Since I'm already involved in most issues impacting the college, I'm well positioned to serve in this caretaker role and will call on members of the Barnard community to partner with me so we can achieve these goals during the transition period."

Goldberg confirmed that he would only be in the position on a temporary basis because a criterion for the board choosing the interim president was that they not be a candidate for the job.

The presidential search committee for Barnard's eighth president will be led by Vice Chair of the Board of Trustees Cheryl Glicker Milstein, BC '82 and trustee Ina Drew. Trustees Diana Vagelos, BC '55, and Frances Sadler, BC '72, as well as alumni Jyoti Menon, BC '01 and Merryl Tisch, BC '77 will also be members of the search committee. Special Assistant to the President DiAnn Pierce will serve as the search coordinator.

The college has also enlisted the help of the firm Spencer Stuart to oversee the search. Pomona College, after using Spencer Stuart, named its first woman and African-American president on Thursday.

"COO Goldberg's expertise and his level of familiarity with the inner workings of the College, from its financial needs and the concerns of students, faculty and staff to the capital campaign and the new building, will be great assets during this period of transition," Caruso-FitzGerald wrote. "We are exceedingly grateful to call on his support."

Goldberg first arrived at Barnard in 2014. Before coming to Barnard, Goldberg served as the director of the Office of U.S. Foreign Assistance Resources at the Department of State, and previously worked at the Office of Management and Budget.

Read the email in full below.

To the Members of the Barnard College Community:

I wanted to reach out as we begin the important work of finding a successor to President Debora Spar, who will step down in March after more than eight years of exemplary service to the College. We owe President Spar an enormous debt of gratitude and, in the coming months, we will be planning the appropriate send off in order to celebrate her tenure with the entire campus community.

I was fortunate to co-chair the search committee that selected President Spar, so I know from experience that a presidential search can be a challenging and rewarding venture. It is also an unparalleled opportunity to reflect on Barnard's accomplishments and consider how best to approach the College's future with our history and mission in mind. I look forward to working together in this pursuit.

The Board and I intend to move swiftly and we have already begun working on the transition plans. I am delighted to announce that Rob Goldberg, our Chief Operating Officer, will be serving Barnard as Interim President during the transition period. COO Goldberg's expertise and his level of familiarity with the inner workings of the College, from its financial needs and the concerns of students, faculty and staff to the capital campaign and the new building, will be great assets during this period of transition. We are exceedingly grateful to call on his support.

I am also pleased to report that Cheryl Glicker Milstein '82, P '14, vice chair of the board, and Ina Drew, trustee and P'13, have agreed to lead the search committee for the College's 8th President. Together, they have assembled a stellar group that represents the breadth of the Barnard community.

They will be joined by trustees Diana Vagelos '55, vice chair of the board, and Frances Sadler '72, as well as two other alumnae leaders, Jyoti Menon '01 and Merryl Tisch '77.

Dean Nikki Youngblood-Giles will serve on the committee as well, along with Angela Beam '18 and Jocelyn Chang '18, who will represent Barnard students. DiAnn Pierce, Special Assistant to the President, will act as search coordinator.

I will be on the committee in my capacity as chair of the Board of Trustees.

I am also happy to announce that the firm of Spencer Stuart will assist us in the search, as they did the 2008 presidential search. The Spencer Stuart team is composed of Jennifer Bol and Michele Haertel. The firm's recent work includes searches for the presidents of Cornell University and Pomona College.

Of course we are also counting on your assistance as valued members of the Barnard community. We will be holding a series of listening sessions beginning in January so that we can hear your thoughts. We have also set up a process that allows you to share with us the names of candidates whom you believe speak to Barnard's mission and values and can lead us into the future. You can do so by submitting a nomination at https://barnard.edu/presidential-search/nominations.

In the meantime, Cheryl, Ina and I thank you all for your support as we move through this significant and exciting time for the College. And special thanks to President Spar for setting a very high bar as we begin to look for her successor.

Chair, Board of Trustees