Columbia's tunnel system, unseen by most, poses obstacles for students with disabilities

Columbia's tunnel system, unseen by most, poses obstacles for students with disabilities 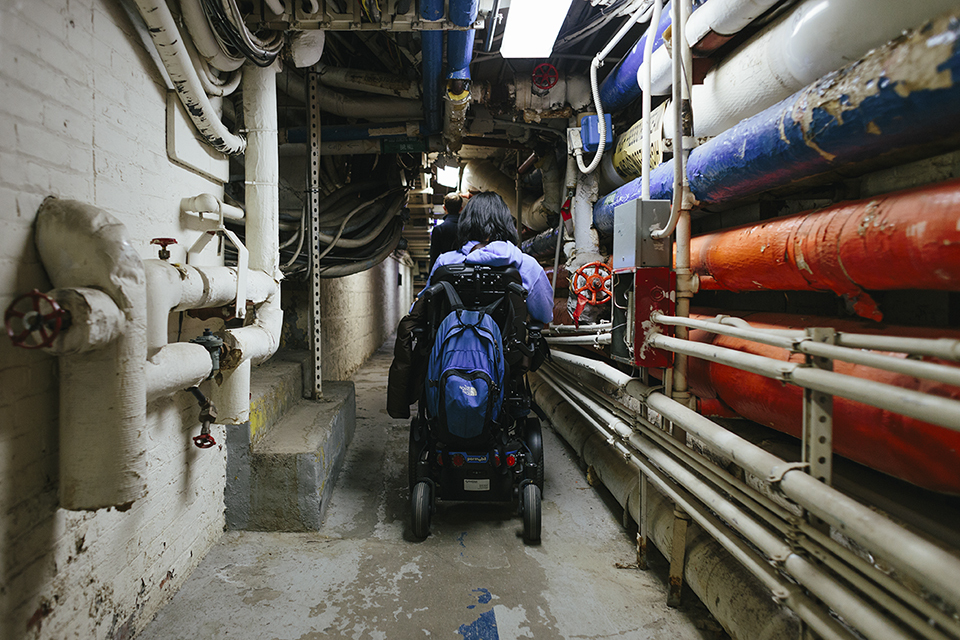 Tunnels in west Upper Campus, used by students with disabilities to get to class, are lined with stored items and hot pipes.

While thousands of students traverse the stairs between College Walk and Low Library every day, for students with disabilities, networks of tunnels hidden beneath the academic buildings of Upper Campus are important simply to get to class.

Students with disabilities face challenges navigating campus, often relying on long routes to get to class in order to avoid steps. In the past year, students have called for accommodations at the entrances of inaccessible residence halls and for faster repair times and better communication following the occasional elevator breakdowns that have prevented them from attending classes.

While wheelchair lifts and ramps permit campus-level entry to some buildings, Havemeyer, Uris, Philosophy, and Mathematics are only accessible by tunnels or secondary entrances. Because using secondary entrances often requires traveling further, students with disabilities use tunnels to get between buildings on west Upper Campus. 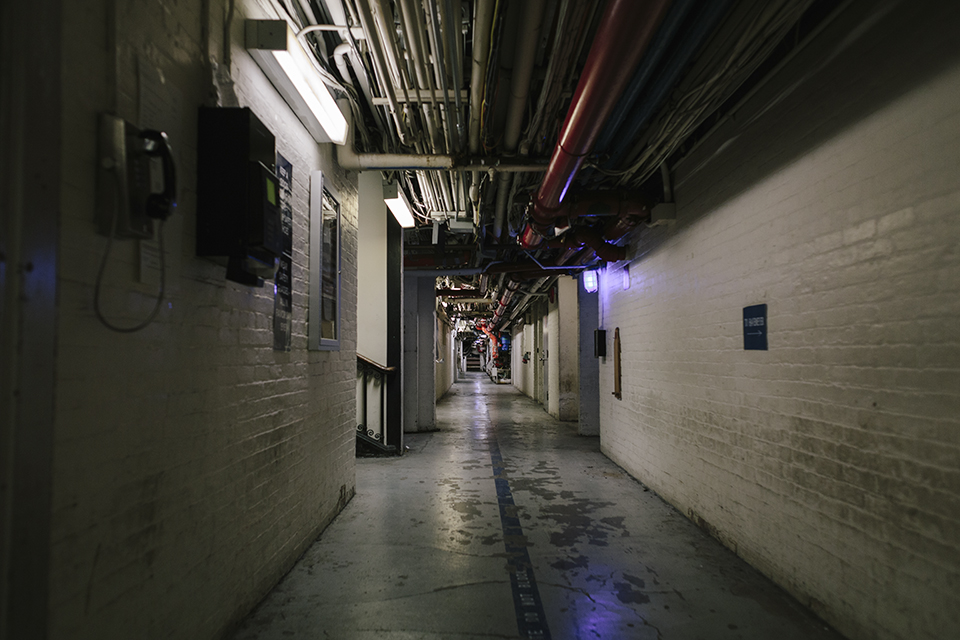 For Soo Lee, GS '19, these tunnels are an important way to get into or out of buildings, especially when the wheelchair lift in Lewisohn broke down for nine months. But a trip through these tunnels reveals objects blocking the way and narrow passageways that students with disabilities must navigate.

In one location under Lewisohn, buckets were placed in the middle of the tunnel within the past week to catch water dripping from a leaky pipe, which forced wheelchair users to push away plastic sheeting in order to get around the buckets.

At the entry to the tunnels in Dodge, stacked tables marked as Music Performance Program property narrowed the passageway. At times, these tables are placed in front of the card reader that students must swipe to open the door, leaving students with disabilities to attempt to push the tables away in order to swipe, according to Jeff Solazzi, GS '18, General Studies Student Council's Students with Disabilities representative and a member of the University Senate's Students with Disabilities subcommittee.

A Facilities spokesperson acknowledged that unauthorized debris is an ongoing issue and said that while maintenance workers clean the tunnels between Dodge and Lewisohn on a daily basis, there is little they can do when others leave objects in the tunnels on a regular basis. 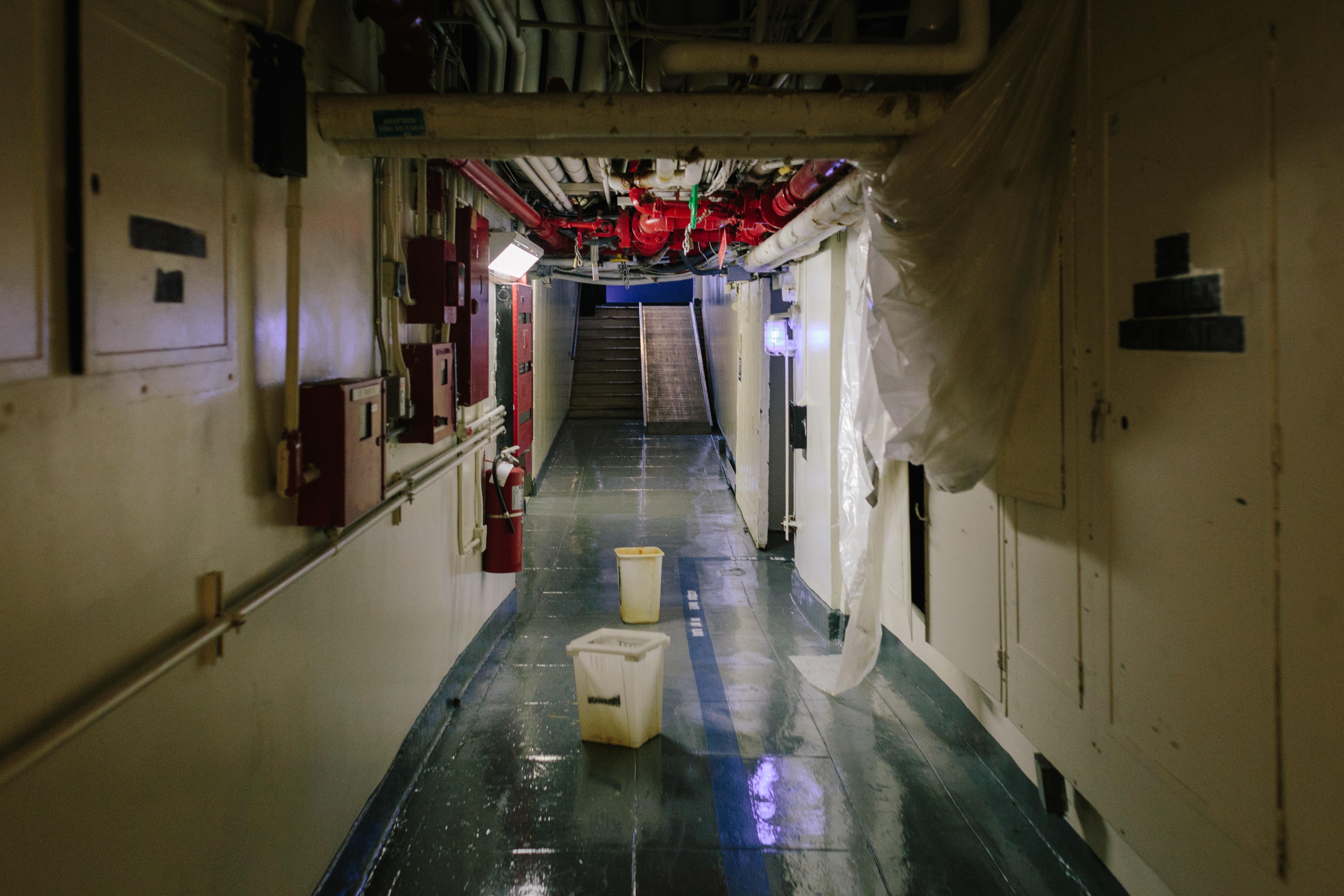 In some areas, the blue painted line on the floor indicating an access route is either faded away or not painted at all, which can lead to obstacles being left that block the way of wheelchairs.

The narrow, winding tunnels that connect Lewisohn and Dodge can only fit one wheelchair in either direction and, under the Mathematics building, students pass through a segment of a tunnel that is heated by pipes connecting buildings' heating systems.

For students like Eun Byoul Oh, CC '18, who uses a wheelchair, the uncomfortable heat is a reason alone to avoid using the tunnels when possible.

Because of this, Oh looks to other connections in between buildings, such as the skywalk from Havemeyer to the Northwest Corner Building, which can be more time-consuming.

A Facilities spokesperson said that while pipes carrying hot water heat some parts of the tunnels, they are safe to pass through. 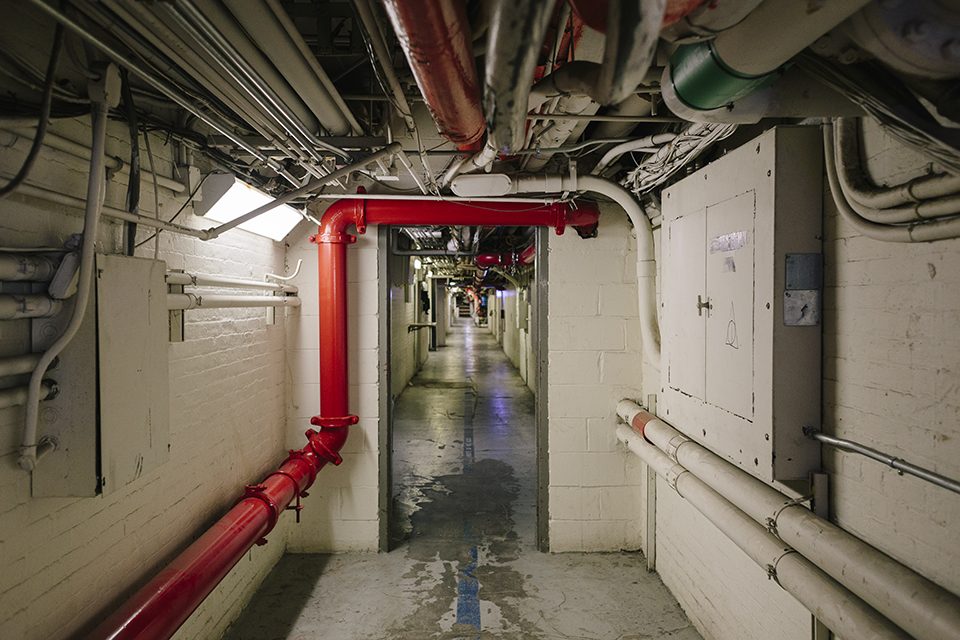 To travel within the tunnels, students must also swipe their IDs to open up doors that stand between buildings. To travel from College Walk to Havemeyer through Dodge, Lewisohn, and Mathematics, Lee needs to swipe her card six separate times, including one where the card reader is on the other side of the hallway from the button which must be pressed to open the door after swiping an ID—a challenging maneuver for students with limited mobility.

Because she feels uncomfortable in the tunnels alone, Oh has called for a Public Safety officer to escort her when she uses the tunnels.

"I don't go down there alone," Oh said. "It's good that they at least have some sort of accessible route, but I wish it was safer."

Solazzi said he believes the tunnels should be made more easily navigable.