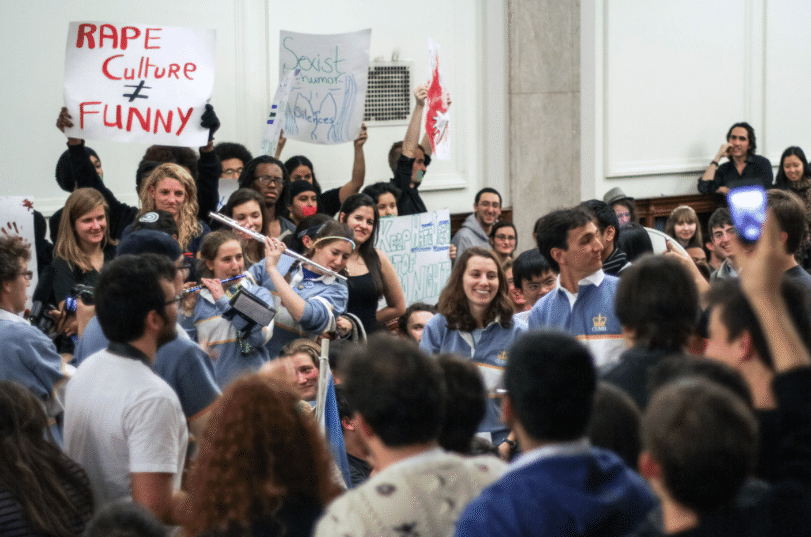 The University has denied the Columbia University Marching Band access to Butler Library for Orgo Night this year.

The University has denied the Columbia University Marching Band access to Butler Library for Orgo Night this year, breaking a tradition dating back to 1975.

In past semesters, the band has occupied Room 209 of Butler Library and performed the Thursday night before the organic chemistry final. CUMB has elicited controversy in recent years for the nature of many of the jokes told in the performance.

In an email sent from the band's alumni association obtained by Spectator, Samantha Rowan, BC '96, said that the decision came from University Librarian and Vice Provost Ann Thornton, who told the band that she is concerned about the disruption that Orgo Night causes to students immediately before final exams. This statement was confirmed by a University spokesperson.

Thornton and University Provost John Coatsworth met with members of the marching band last Wednesday and again on Monday to discuss moving Orgo Night's location. During those meetings, CUMB Head Manager Liz Pudel, BC '17, said the band was adamant that the event take place in Butler 209—as it has for over 40 years.

"Butler 209 is so central to the issue because students are there cramming for finals," Pudel said in an interview with Spectator. "If it were anywhere else, we wouldn't be reminding them that cramming for finals isn't healthy and reminding them why Columbia is great—and it's not because of our grades. It's because of the community that we build."

Pudel said that CUMB still intends to hold Orgo Night and added that, while the band is exploring several possible locations, it has decided not to disclose which ones.

Thornton was not made available for comment, but the University spokesperson said that the band met with Dean of Undergraduate Student Life Cristen Kromm on Tuesday, and it was suggested that the band could do Orgo Night in Lerner Hall.

"I definitely understand what [Thornton] is saying, but we're talking about something that is a roughly 40-year tradition—it's a short disruption, and it's something that everyone who is using the library is aware of," Rowan told Spectator.