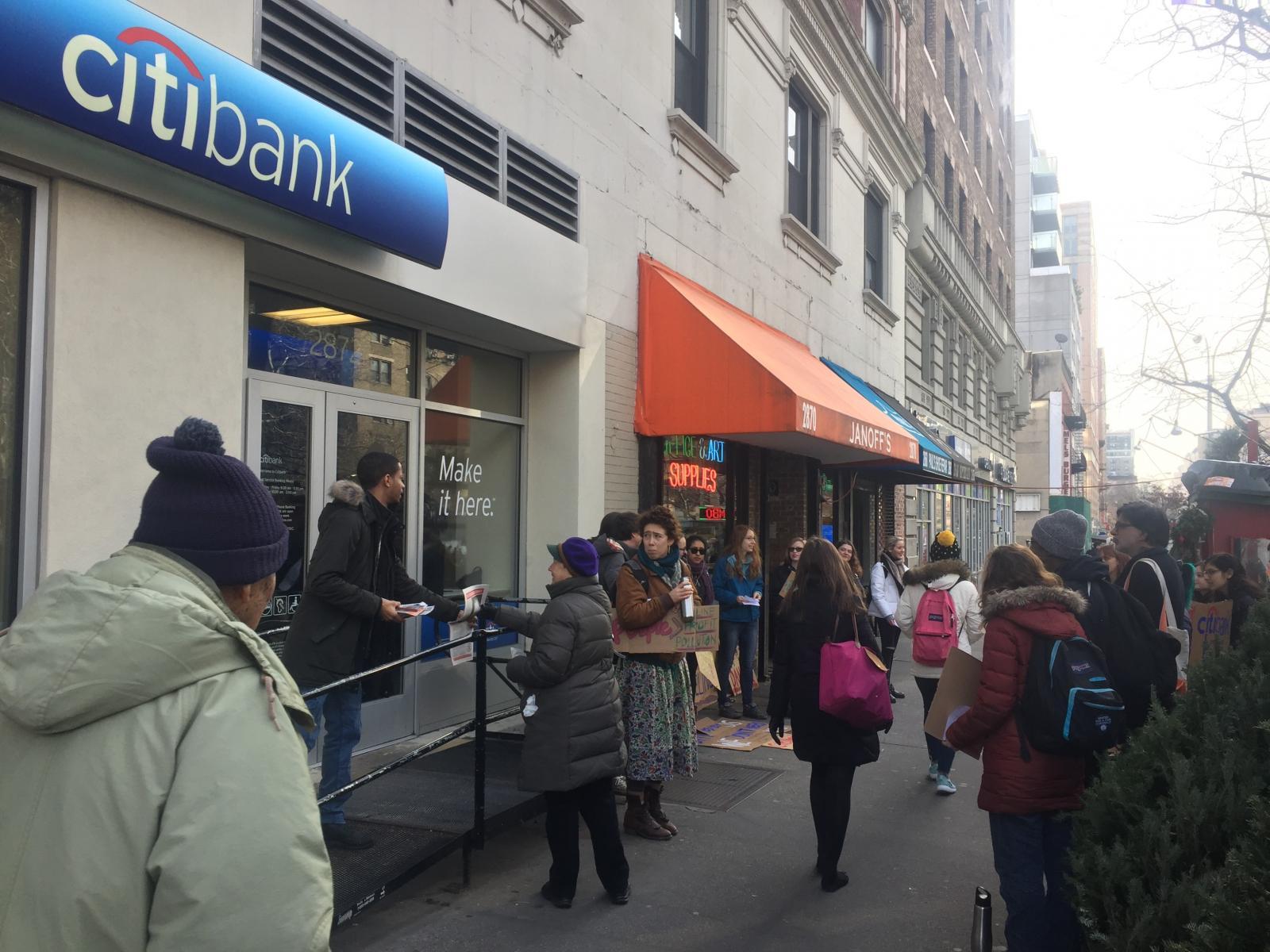 Students staged a protest outside the 112th Street Citibank branch with the aim of convincing customers to close their accounts.

Holding cardboard signs and passing flyers to pedestrians, over 20 students staged a protest outside of the Citibank on Broadway and 112th Street Tuesday morning.

The demonstration, which lasted just under an hour, was to protest Citibank's funding of the Dakota Access Pipeline, an oil pipeline slated to pass under the Standing Rock Indian Reservation's reservoir that has come under fire from activists nationwide. DAPL protesters across the U.S. have been arrested for occupying Citibank locations in recent weeks.

Citibank was the only bank with toll-free ATMs on Columbia's Morningside Heights campus until last spring, when Campus Services replaced the on-campus Citibank with Santander. Santander is not invested in DAPL.

At Tuesday's protest, students chanted, "What do we want? To defund DAPL. When do we want it? Now," and "Fuck you, Citi, fuck your stock, we stand with Standing Rock."

The group's aim was to raise awareness of the bank's involvement in DAPL in order to convince Citibank customers to withdraw from their accounts. Flyers handed out by the group also encouraged people to move money to the Lion Credit Union Initiative, a credit union for members of the Columbia community. None of the protesters, however, were affiliated with the credit union.

"When a lot of people came here they opened an account with Citi because it was the only one with no ATM fees, so we thought Citi would be a really good target for that reason," Lili Brown, BC '18, said. "We mostly just wanted people to close their accounts."

Brown added that several students at the protest closed their accounts with Citibank on Tuesday.

Citibank responded to criticism last month in a statement saying that the bank is monitoring engagement between Standing Rock communities and the federal government and has advocated for a review of the project with the Sioux tribe.

After protesting outside Citibank, students marched up Broadway while chanting until they reached College Walk, where the protest ended.

Although the protest was not organized by a single student group, some protesters were members of activist groups including Columbia Divest for Climate Justice and Barnard Columbia Solidarity Network, both of which have advocated for the rights of indigenous people in the past.