Barnard students with disabilities left without notes during finals period

Barnard students with disabilities left without notes during finals period 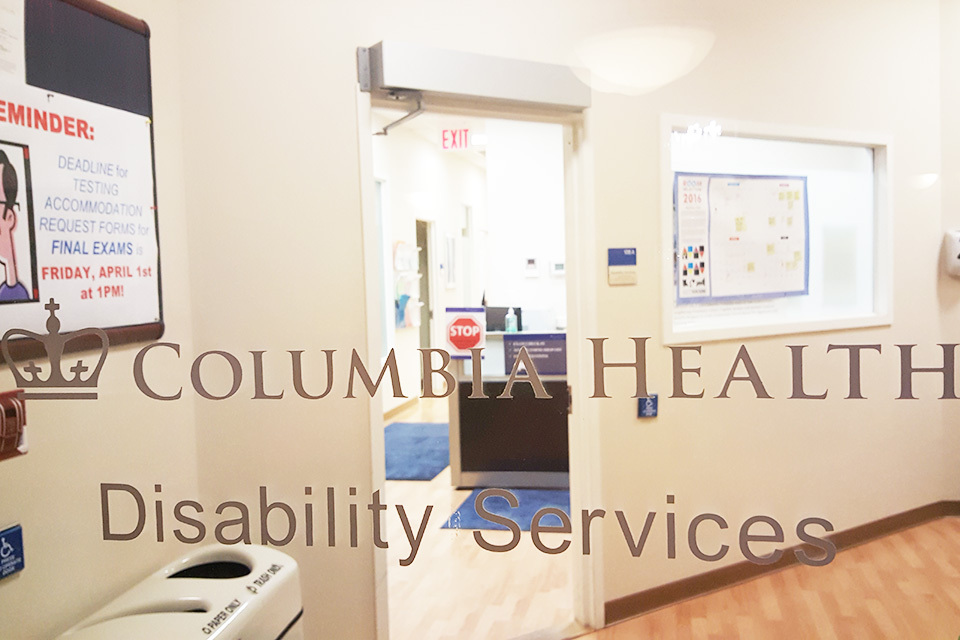 Students rely on ODS for their note-taking and disability services.

With final examinations underway, students with disabilities across the University rely on note takers hired by their respective school's Office of Disability Services. But as of last month, there were unfulfilled requests from Barnard students with disabilities spanning across as many as 77 classes. Since then, the office is still looking to fulfill at least two more requests that have come in.

Although there were students at both Barnard and Columbia who were not paired with note takers until after midterms, all 564 unique requests for notes made by Columbia students this semester have been fulfilled, according to Columbia ODS Director Colleen Lewis. For the 302 students registered for note-taking services with Columbia ODS, the average time frame between requesting a note taker and receiving notes is about 7.5 days.

Both Barnard and Columbia have increased ODS resources this year in response to a record-high number of students using disability services, as well as calls for more comprehensive accommodations. Columbia Health hired a new ODS coordinator over the summer, and Barnard began paying its note takers this semester. Barnard's ODS is solely responsible for providing services to the Barnard student body, whereas Columbia's ODS serves both undergraduate and graduate students attending the University. Students register at each office—426 at Barnard and 1,758 at Columbia this year—for note taking, exam accommodations and proctoring, housing accommodations, and other services.

But the two offices differ in their recruitment of note takers, with Barnard's placing more responsibility on students to find them.

Barnard ODS requires registered students to personally submit a hard copy of a note-taking recruitment form to each of their professors, who then pass it around their class. A spokesperson for Barnard said that if a student is unable to find a note taker, they are encouraged to contact the office in order to "try to find alternate solutions." But students interviewed by Spectator said they often had to follow up with the professor to continue seeking note takers if the form returned unfilled.

Barnard ODS Director Carolyn Corbran told Spectator in November that there were 77 classes in which students requested notes but had not found a note taker, either because no note taker was found or the students themselves decided not to follow through with obtaining the accommodation. Barnard ODS declined to provide an updated number of outstanding requests this month. 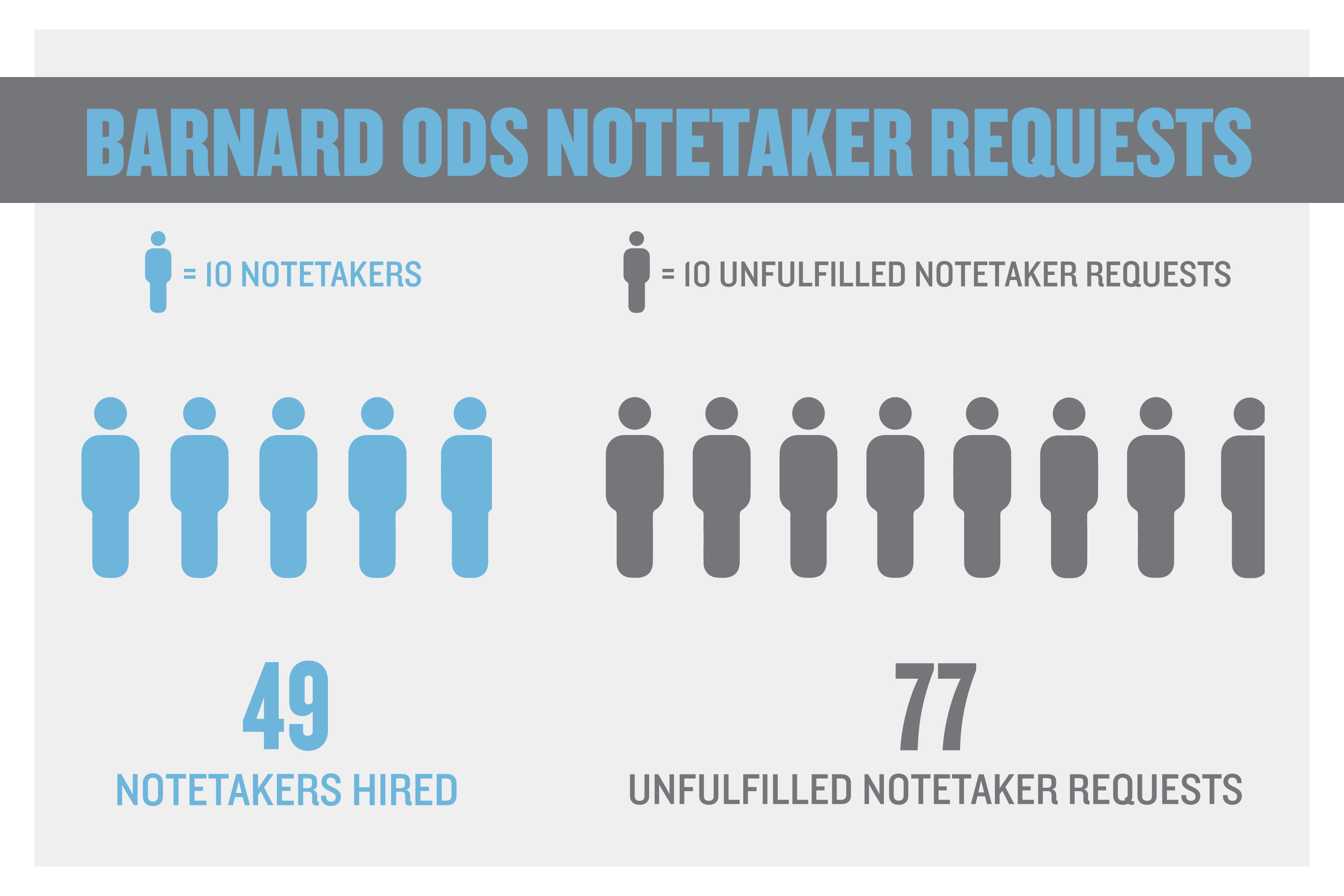 Meanwhile, once Columbia students have provided a list of their classes to the Office of Disability Services, the office itself handles recruitment by soliciting volunteers via email and collaborating with professors. Columbia ODS sends out repeated email reminders to both students and professors until a note taker is found. Similarly, Columbia ODS monitors the notes submitted weekly by students to check that note takers are continuing to meet expectations.

Despite the added precautions of Columbia's system, some students still experience issues with obtaining notes from an ODS note taker, and have to ask their professors to make announcements when no notes can be found. Jc Wilson, GS '18, said that he wasn't able to acquire notes for his American Congress class until midway through the semester—well after the class's midterm.

"I was so stressed from the huge workload of all my other classes that not having these notes kinda screwed me up because I just didn't do well on my [midterm] exam," Wilson said. "I hate that I have to keep sending emails and I hate having to keep telling the professor to announce that I need notes because I really don't like bothering people. It really sucks, but I just really needed the notes." 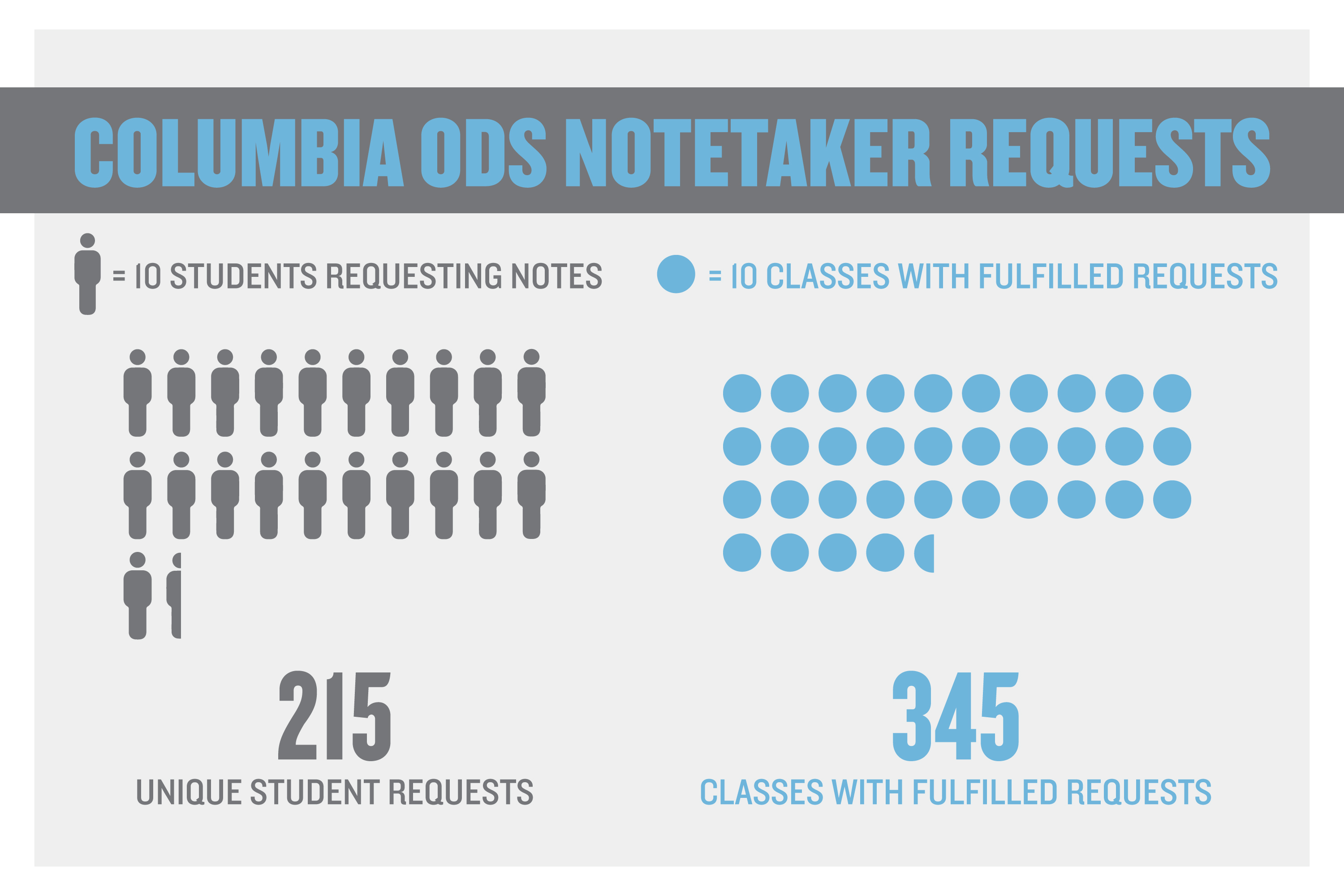 Meanwhile, the complexity of Barnard ODS's recruitment process has often made it difficult for students to successfully obtain a note taker—something that has discouraged some students from getting the necessary accommodation altogether.

The paper sign-up sheets used by Barnard ODS can also compromise student anonymity and create issues surrounding organization. Without the online coordination of Columbia's system, multiple Barnard students may pass the same form around a class as they individually attempt to solicit note takers. Furthermore, the physical form may be lost, forcing students to start the process all over again.

"Why bother sending us each with a handout?" Kiyun Kim, BC '18, said. "Also, so many of us are disorganized because of our disabilities, so they're just asking for us to lose the form."

Since Barnard's ODS began paying note takers this semester—$100 per semester for their notes, compared to $250 offered to Columbia note takers—students with disabilities had hoped finding note takers and holding them accountable would be easier, but Kim said her experience with note taking has not improved yet this semester.

While Kim was hopeful that paying note takers would produce greater accountability, her experience with unpredictable notes continues. "It's so difficult to get a note-taking accommodation that I know many students just give up," Kim said.