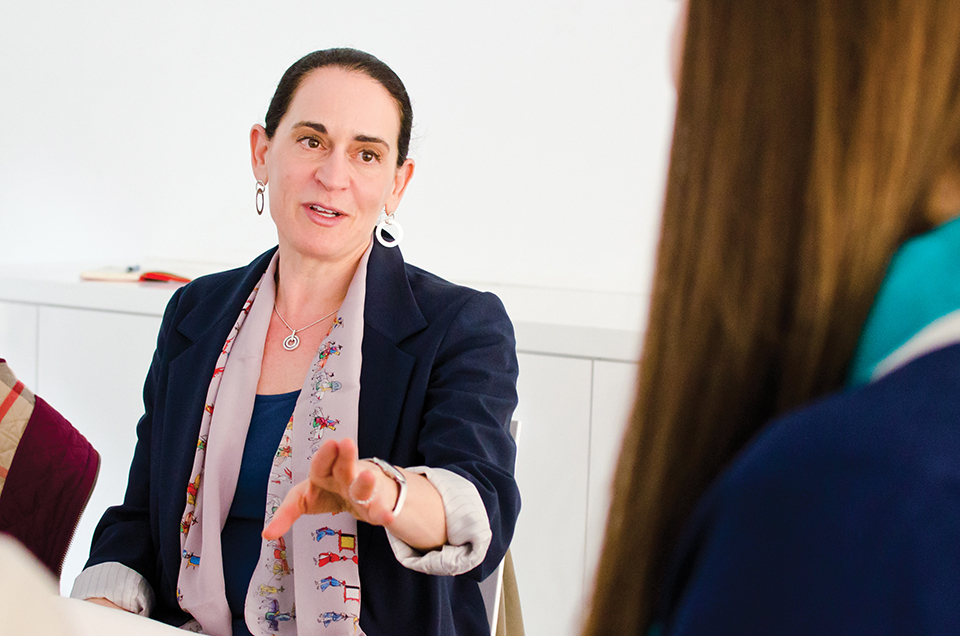 After almost a decade since the college first addressed this issue, the Presidential Task Force on Diversity and Inclusion released its drafted recommendations.

Barnard's Presidential Task Force on Diversity and Inclusion has released its drafted recommendations on what the college can do to improve student and faculty diversity and inclusion.

The recommendations, which were released on Wednesday, come more than a year after the task force was created in December 2015 to "coordinate, evaluate, and establish campus-wide diversity initiatives" almost a decade after the college first began to address campus diversity and inclusion in 2008.

While Barnard President Debora Spar announced last November that she will be leaving Barnard in March to become president and CEO of Lincoln Center, she listed diversity and inclusion as one of several initiatives spearheaded during her presidency that she plans to complete prior to her departure. Although she will oversee the completion of the task force's work, Spar will not be present to see if its recommendations are implemented by the 2020 deadline.

In an email to the Barnard community on Wednesday, Dean for Faculty Diversity and Development Debra Minkoff shared the task force's proposal items regarding diverse faculty hiring, inclusivity on campus, and departmental accountability.

The report provides recommendations in three key areas: structural changes, community building and climate, and assessment and accountability. Within these three broad areas, the task force has identified 10 specific proposals.

Structural changes include the creation of a chief diversity officer position, increased funding for qualified students, and the hiring of 10 new faculty members from underrepresented groups over the next five years.

Community building and climate proposals include the increase of campus resources for equity and inclusion workshops, a focus on the inclusive classroom model in the new Teaching and Learning Center, the creation of a core course on the history of Barnard, and the establishment of campus events focused on diversity and inclusion.

The inclusive classroom model would require faculty to "comprehensively practice diversity and inclusion" through workshops, individual consultations, and resources that will help them revise syllabi and create new courses.

To ensure accountability and assessment, the recommendations suggest that every administrative and academic department be required to "create, communicate, and implement departmental plans for increasing diversity and inclusion." The task force also proposed a climate study to assess the baseline state of diversity, equity, and inclusion on campus, followed by semiannual follow-ups.

According to the report, the success of the recommendations relies on the reallocation of existing funding and the cultivation of new funding, as well as full administrative support, the strong support of the college's current, interim, and future presidents, and the endorsement of the board of trustees.

"Our recommendations represent a starting point for that timely and ambitious project," the report states.

The task force's final recommendation focuses on the funds necessary for the implementation of their diversity proposals. It urges Barnard to prioritize this goal for the remainder of its capital campaign, which has already raised 70 percent of its $400 million goal, as well as to ensure future funds by launching a new stage of targeted fundraising.

Before these recommendations are presented to the board of trustees, the task force has given students and faculty the option to provide feedback by attending one of three open listening sessions.