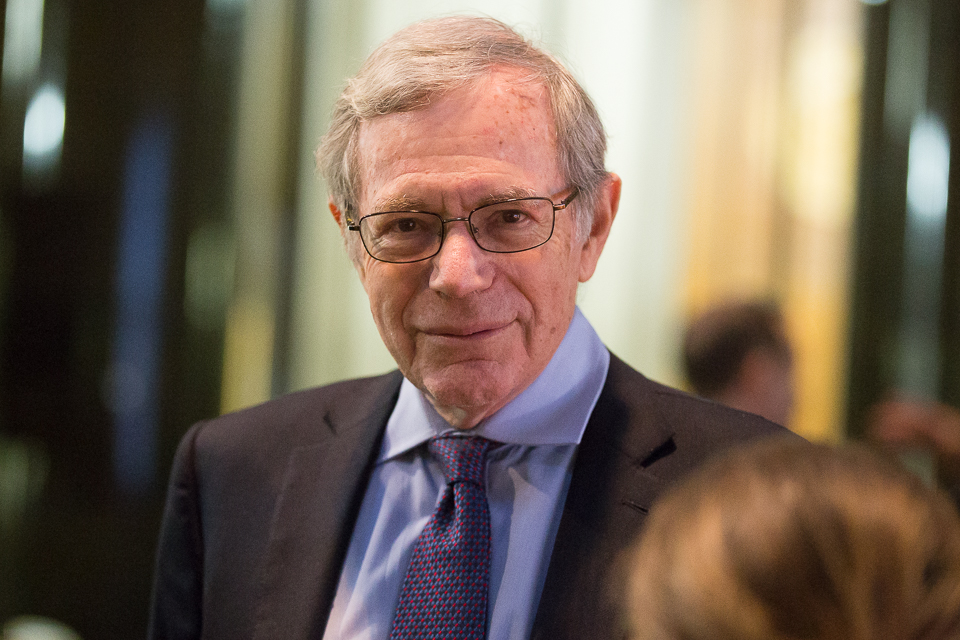 History Professor Eric Foner led a discussion on his seminar's research on Columbia's history with slavery.

As a descendant of slaves, Jordan Brewington, CC '17, felt a personal connection to her research in her seminar, Columbia University and Slavery. Brewington pored over primary sources in order to write a report on slaves who were linked to Columbia's early history.

"When I touched a slave inventory, it was very heavy and hard for me, but it grounded me," Brewington said. "It reminded me that this was real, and that I'm real, and that this issue is real."

"One of the things that we've learned in the past decade is that this past is not past," University President Lee Bollinger said at the event. "It is very much in the present."

Over the past decade, several universities, including Harvard, Yale, and Brown, have conducted research that grapples with their historical connections to slavery. Georgetown in particular has come under scrutiny since it was revealed that the university sold 272 slaves in 1838 to emerge from bankruptcy.

"Other universities are also investigating their historical connections to slavery, but I think Columbia is definitely taking the lead in developing a candid appraisal that highlights the centrality of slavery and racial inequality in the history of the United States and in the deep history of our own institution," Foner said.

Research found that most of the early presidents and trustees owned slaves, some donors profited from slave trade in the West Indies, and most students came from slave-owning families. At least one student, the stepson of George Washington, brought a slave to what was then King's College. It is unclear yet whether the College itself owned slaves.

In addition to conducting research on the relationship between slave ownership and Columbia, students investigated the abolitionist movement at the University. Some members of King's College, including Alexander Hamilton and John Jay, were active members of the New York Manumission Society, and John Jay II, John Jay's grandson, was an active abolitionist. In general, however, students at the College were not engaged in the anti-slavery movement until the Civil War, according to the report.

The students involved in the research noted that although they were looking into the past, they were able to make connections to modern times.

"I think [the project] has solidified my view that no institution operates neutrally in the world, and that includes Columbia," Jared Odessky, CC '15, said. "The same year that my fellow students and I were engaging in this discussion, there was a very active discussion on campus about divestment from the private prison industry, which actually was granted in subsequent months, and I think throughout the entire class we talked about issues like mass incarceration and how this pops up today."

During the Q&A session following the presentation, audience members asked about possible ways by which the University could respond to the research, such as by diversifying the Core Curriculum.

"We need to be thinking about how to memorialize this, perhaps physically, on campus," Odessky said.

In addition to proposing that incoming first-years be required to read the report, Brewington said that future seminars will continue to examine the history of race at Columbia after 1865.

"What I hope for the future of this project is that people see the facts," Brewington said. "Once you see the facts and understand that it's not just evil individuals but that it's a world, you start to understand how that world ended up birthing the world of 2017."