Suicide at Columbia and the urgency of prevention

Suicide at Columbia and the urgency of prevention 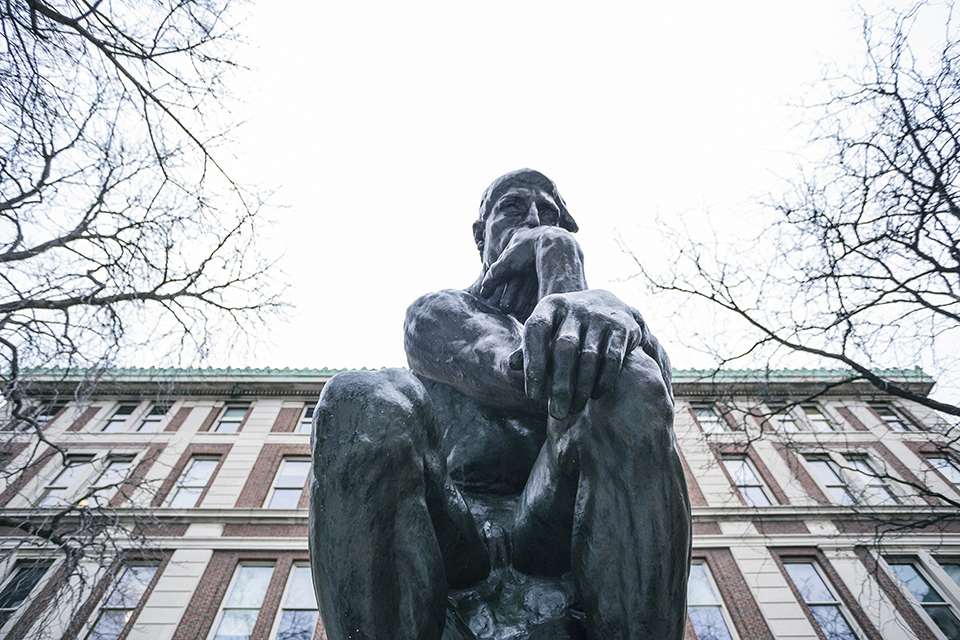 Experts have said that suicide prevention hinges on identifying at-risk students who are not already seeking psychological support.

Suicide among undergraduates at Columbia has become increasingly frequent in recent years, a fact that is painfully evident to students, faculty, and administrators after a series of deaths in the last two months.

Nearly half of the students who have died by suicide in the last decade took their own life during this academic year, according to a Spectator review of public records, media reports, and interviews with families of those who died. Of the six students who have died while enrolled at the University this academic year, at least four were by suicide—the cause of death of one student remains unconfirmed.

The deaths reframed a perennial discussion of mental health and stress culture on campus—as well as a disjointed undergraduate community—that have brought a new level of urgency to the issue of how undergraduates receive mental health care.

Over the past decade, at least nine Columbia undergraduates took their own lives, seven of whom were students of color. This comprises a rate of 11 students per 100,000 student years (a "student year" is calculated as a year a student spends at Columbia). The national rate for college students is between 6.6 and 7.5 suicides per 100,000 student years, according to three major studies from 1980 to 2009. In total, 17 students have died since 2007. Spectator was unable to confirm the cause of death of four of those students.

It is difficult to compare Columbia's rate to that of its peer institutions because few schools keep records of suicides—Harvard, Massachusetts Institute of Technology, New York University, and Cornell did not provide records of student suicides in response to requests from Spectator.

The state of mental health on Columbia's campus is inherently tied to factors that make the University more stressful than the majority of its peers. Respondents to the University Senate's 2015 Quality of Life Survey said they felt "worried, tense, or anxious" for an average of 9.32 days per month, and undergraduates said they did not get enough sleep on approximately 14 nights per month.

In the wake of students' recent deaths, Columbia College Dean James Valentini said he wants to begin taking steps to improve suicide prevention. He added that the series of student deaths in recent months has led him to re-evaluate the University's current suicide prevention mechanisms.

"I would say whatever we're doing, even if it were judged by someone as sufficient in some way, is clearly to me not enough," Valentini said. "Even if we have the very best practices in place now, we have to examine what else we can do, what more we can do, because the only acceptable number of student deaths is zero."

The University has procedures in place to respond to students who are identified as being at risk for suicide, including wellness checks conducted by resident and academic advisers. But a gap in these procedures lies in the limited ability of gatekeepers, or those looking for warning signs, to monitor students and determine whether they may be at risk. Experts have said that suicide prevention hinges on identifying at-risk students who are not already seeking psychological support—socially isolated students who go undetected by peers and staff are often most at risk.

This problem is especially pronounced at Columbia, where students have identified a distinct lack of community on campus in both interactions with peers and faculty. That problem was highlighted by Angie Wallace, the mother of Taylor Wallace, a former Columbia College first-year who withdrew from classes in October and took his life shortly after. (Because he was not enrolled at the time, Taylor is not included in Spectator's tally of students who died in the past decade.)

"Where are these kids on our campus? Are they living with anyone? Taylor didn't have a roommate. Taylor didn't do a lot with his floor group," Wallace said. "Taylor's the person to be like, 'I know there are psychiatrists on staff, but I'm not going to reach out to anybody because I don't feel like I need to.'"

Currently, the gatekeepers at Columbia are the University's students, faculty, staff, and advisers, all of whom have limited information about how to identify warning signs of suicide for students at risk.

"When people are dealing with mental health diseases, it helps to know that others are too, so if there were more open dialogue about it people would feel less alone and there would be more empathy on campus," Jacqueline Basulto, CC '17, said. "We need the professors, the student body, and the administration all working together to change the culture of our campus."

According to Vice President of Programs at the American Foundation for Suicide Prevention Doreen Marshall, colleges can better prevent suicide by training a larger population to be equipped as gatekeepers, including both staff and students.

"The more people that have a basic understanding of what to look for that might indicate someone's struggling, the better," Marshall said. "Students often reach out to other students before they will go access help from a mental health professional. If you provide that education to all students, that helps them understand not only how to get help but what to do if a friend comes to them for help."

When asked by Spectator, Valentini said that he would like to see all Columbia College staff trained to identify and respond to signs of depression. Currently, advisers at the Center for Student Advising are not required to receive such training.

Students in the School of General studies do not use CSA, but receive comparable services from the Office of the Dean of Students. Dean of General Studies Peter Awn was not immediately available for an interview.

When at-risk students are socially isolated, their only reliable point of contact may be faculty members, who could track whether a student repeatedly misses classes. Although faculty members receive emails from the Office of the Provost every term with information about how to tell if a student is in crisis, Valentini said it is not within his power to set protocols or mandate training for faculty. While some faculty alert students' academic advisors when they notice habitual truancy, Dean of Advising Andrew Plaa said the practice among faculty is "varied."

In order to effectively identify students who may go otherwise unnoticed by gatekeepers within the University, Gould said that widespread mental health screenings should be implemented. Currently, the largest screening mechanism is through Columbia Health—students are screened for suicide risk during all appointments with clinicians, according to Executive Director of Counseling and Psychological Services Richard Eichler.

Gould said that online surveys sent to undergraduates are likely to direct more students to CPS, in which case the University should be prepared to increase clinician staffing.

"They should be making an effort, if they aren't already, to find out who among students are most at risk There's online direct screening programs that the American Foundation for Suicide Prevention has implemented at a lot of schools," Gould said. "And so what the University needs to do is make sure the counseling department has the resources so that the University can meet the needs of what would be more people."

In addition to University response, students as a whole bear some responsibility for promoting community support in order to identify peers at risk and refer them to mental health resources, according to Leigh White, chief psychiatrist at Michigan State University. White said that small-group training for first-years could also help foster understanding of mental health as a community concern.

"Ideally, if you could build on campus a connected network so that if somebody is having a rough time, they might be able to talk to a fellow student who would be able to reach out to someone," White said. "Anything that helps people feel a sense of community, like a smaller group of people that you start to feel at home with—that stabilizes the community."

Beyond increasing the presence of gatekeepers, suicide prevention includes reducing the number of potential stressors that at-risk students face. In addition to having some of the highest graduation requirements in the Ivy League, Columbia students regularly graduate with far more than the required number of credits, a fact that administrators and students have attributed to a widespread misunderstanding of what is a reasonable course load.

In the past, Valentini has expressed reluctance to limit the number of credits that students can take per semester, a proposition regularly brought forward by student councils. But in an interview with Spectator shortly after the recent series of student deaths, Valentini signaled a departure from his previous stance.

"We, the college, need to act as knowledgeable, sensitive, experienced advisers to you, which means that we should set constraints on you that we believe are appropriate to ensure that your academic experience is a good one," Valentini said. "We do this already in so many ways—there's no reason this shouldn't also be done in terms of the totality of your academic work."

Students, including student leaders, have also called for a re-evaluation and improvement of suicide prevention efforts on campus this month. Members of the University Senate Student Affairs Committee have submitted proposals to administrators aimed at expanding mental health resources and reducing stress for students.

"We're considering the barriers to getting help for students such as decentralized, unclear resources, the stress put on students through their academic work—structural aspects in place that can make mental health more difficult to manage," University Senator and Mental Health Task Force member Sean Ryan, CC '17, said. "We're looking forward to hearing back from those offices very soon given the urgency of this issue."

Wallace said that, more than anything, she hopes to foster increased conversation surrounding prevention and mental health, both at the high school that Taylor attended and on Columbia's campus.

"It's an awareness. And if it does anything, somebody's eyes are opened up a little bit wider, their ears are opened a little bit more clearly—more in tune to realize, Oh, my roommate's acting funny,'" Wallace said. "And that's how it starts. You've got to start talking about it."