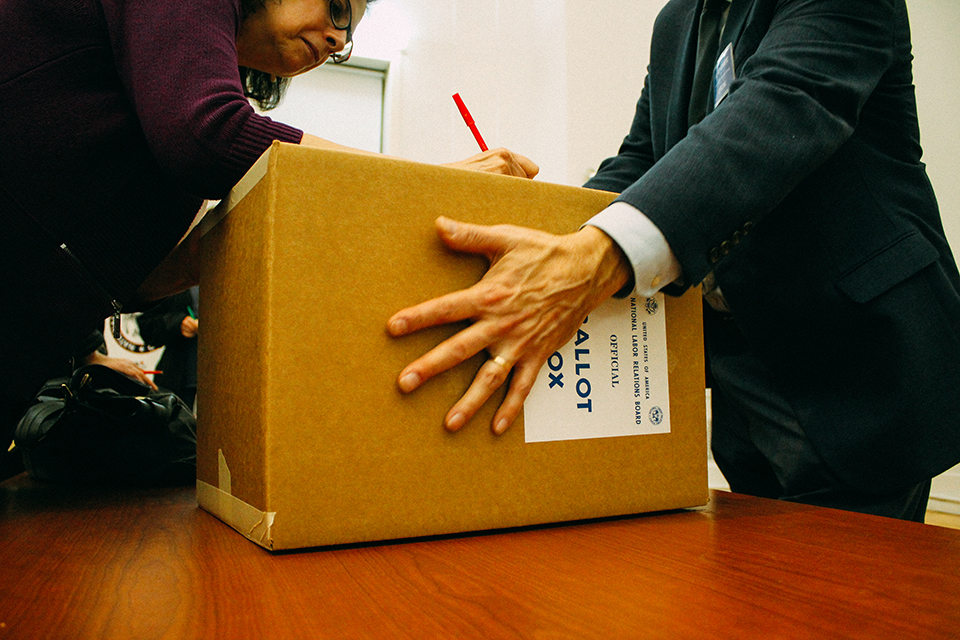 If the national NLRB upholds the University’s exceptions, another election will be held.

Columbia has, for the second time, challenged the National Labor Relation Board’s ruling that affirmed the vote of graduate students to unionize, once again delaying union negotiations indefinitely.

In December, graduate students voted 1602 to 623 to join Graduate Workers of Columbia-

United Auto Workers. Weeks later, the University filed objections to the vote, claiming that improper conduct occurred during the elections. The regional NLRB rejected the University’s claims in March. Graduate students won the right to unionize in August in a case that overturned a 2004 ruling prohibiting their unionization.

A primary concern with prolonging this process is that President Donald Trump has already appointed a new NLRB chair and will appoint new commissioners, who would likely reverse the decision that currently allows graduate students to unionize.

The 66 exceptions highlight evidence for claims that improper conduct occurred at the polls and provides facts supporting each of the University’s original objections. In particular, the list of exceptions focuses on the presence of union agents around the polls and the interpretation of laws surrounding election procedures.

According to union member Addison Godel, a Ph.D. student in architecture, the union is ready to bargain and begin negotiations with the University. Columbia declined to make anyone available to comment, but said in a statement that the University has consistently opposed unionization and regards graduate students as scholars before workers.

“In general, the administration is doing what employers fighting unions often do, and what they have been doing in their years-long opposition to this union: have their lawyers come up with ways to drag the process out,” Addison Godel, a Ph.D. student in architecture and union member, said. “Unions of academic workers face particular challenges in this way, because administrations believe that students will graduate and the movement will die off.”

“With a US president in office who did not even win the popular vote, and whose administration you have called ‘a challenge to what Columbia stands for,’ we urge you to resist any temptation to challenge the regional NLRB decision in Washington, D.C.,” wrote the seven representatives.