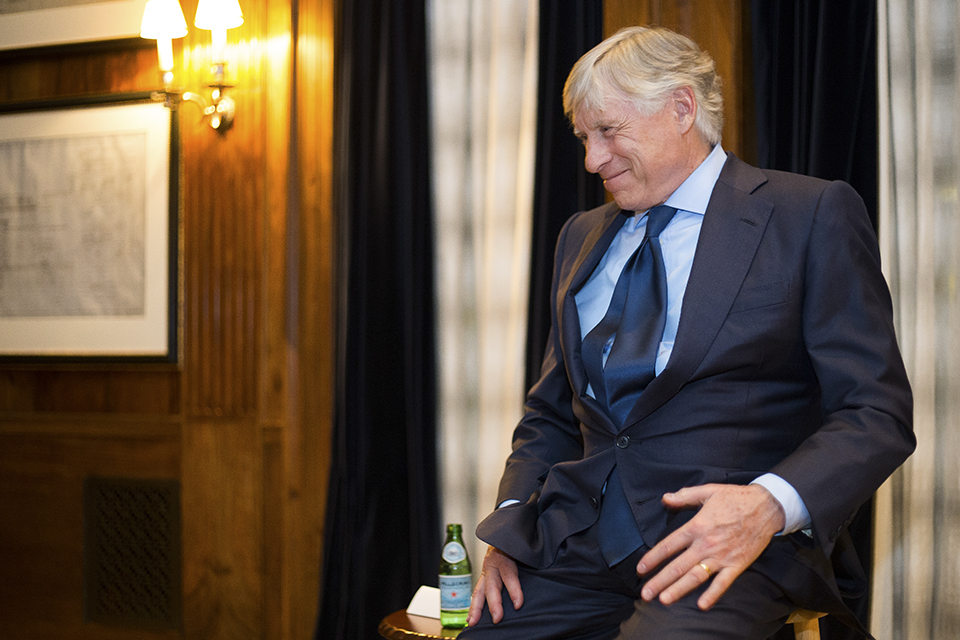 Bollinger reaffirmed the University's stance that graduate students should not be classified as employees.

University President Lee Bollinger addressed graduate student unionization, freedom of speech in the current political climate, and the University’s commitment to making a greater impact on society in his fireside chat on Wednesday.

The discussion opened with Bollinger’s thoughts regarding January’s graduate student unionization election and the University’s decision to challenge the vote to unionize.

Following the vote in favor of graduate students joining Graduate Workers of Columbia-United Auto Workers, the University filed an objection with the National Labor Relations Board, alleging the presence of voter misconduct and requesting that results be set aside in favor of a re-election. The regional NLRB office rejected the University’s objections, leading the University to file exceptions, prolonging the litigation process and delaying negotiations.

When a student questioned the University’s commitment to democratic values in its decision to challenge election results, Bollinger said the challenge was separate from the election’s actual outcome.

Bollinger stood by the University’s position against unionization, citing its principle that graduate students should not be classified as employees.

“It boils down to a sense of relationship that we think is the ideal,” Bollinger said. “And that relationship is one of, I’m a professor and I am responsible for your development. I think of you as my student, who I should care for intellectually. This is the principle: I do not think of you as my employee within the University.”

The discussion then turned to the present political climate and the role of freedom of speech both in society and within the University.

While Bollinger maintained the importance of the freedom to express one’s opinion, he warned against the dangers of perpetuating falsehoods.

“I’ve never in my life experienced an environment like this,” Bollinger said. “I worry deeply about the fear, and intolerance, and censorship, and discrimination that have risen up in this society.”

Bollinger also stressed the University’s emphasis on utilizing academic concepts outside the classroom. While he believes the University does well in scholarship and producing knowledge, Bollinger wants more effort made to apply that knowledge to society.

“No university has said, we should make this a mission of the institution to actually work with people and partners in the outside world,” Bollinger said. “A lot of us have been trying to think about how to incorporate that into the University.”

Bollinger ended the fireside chat by acknowledging the presence of different opinions and the importance of valuing that diversity.

“In the University, you really want to encourage contrary opinions,” Bollinger said. “In my class [Freedom of Speech and Press], it’s certainly what I do, and generally in the institution I think every professor is dedicated to that.”