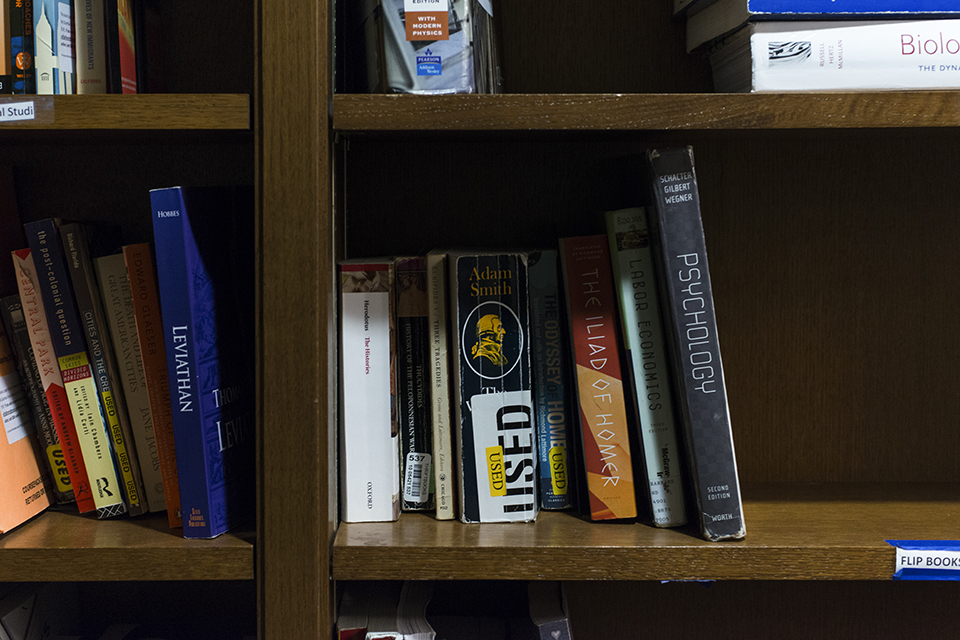 The lending library’s popularity is driven by the fact that it helps alleviate the surging costs of textbooks.

The First-Generation Low-Income Partnership will look to the University and to donors for more robust support in the form of funding and storage space for its lending library, which moved into Butler Library last year.

Before FLIP entered into a partnership with Columbia University Libraries to operate the lending library out of Butler last spring, it operated out of a storage closet in Hartley Hall that was unable to accommodate the library’s growing collection.

“They are not part of Columbia’s library, so our support staff has nothing to do with it. It is all run by the students. They have been great,” Undergraduate Services Librarian Anice Mills said. “If anyone wants a book, they handle it.”

The move to Butler has made the FLIP library more accessible to students, since the collection is more organized, centrally located, and available around the clock. But the new location has made it difficult to ensure that the library’s collection is only used by low-income students, and the increased accessibility has led to new difficulties maintaining the collection.

“An issue that certain students have brought up to me is that now it is completely out in the open, and anybody can take the books,” Delgadillo said.

The lending library also faces issues keeping stock of books with particularly high demand, such as those needed for Core classes. Since the lending library is dependent on donations and there is no way for FLIP to guarantee students access to certain books, Delgadillo said FLIP intends to look to the University to help bridge the gap.

“I really want to see the administration do their own project, whether it be textbook grants or advertising the resources that students can take advantage of from their side,” Delgadillo said.

Still, students like Alejandra Mendoza, CC ’19, said the FLIP library has been a useful resource, especially given its new location in Butler.

“I know sometimes I have needed a textbook and I have had to rent it or buy it from the bookstore, but if the FLIP library has it, I can just check it out, so obviously you save money,” Mendoza said.

The library’s popularity is driven by the fact that it helps alleviate the surging costs of textbooks, which pose a significant financial burden—especially for low-income students.

“One of the concerns that a lot of us brought up when we were thinking about what FLIP would be was [that] you come to campus and you can’t afford textbooks,” Delgadillo said. “It is one of the first things that you encounter as a FLIP student.”

In an interview with Spectator, University Librarian and Vice Provost Ann Thornton said that Libraries is open to suggestions from students for new or expanded partnerships, citing the initial decision to host the lending library as originating from conversations with students.

“FLIP really gets to the idea at the core of Libraries,” Thornton said. “Which is about openness and sharing resources and enabling access to those who otherwise might not have it, and also to encourage inquiry among students.”