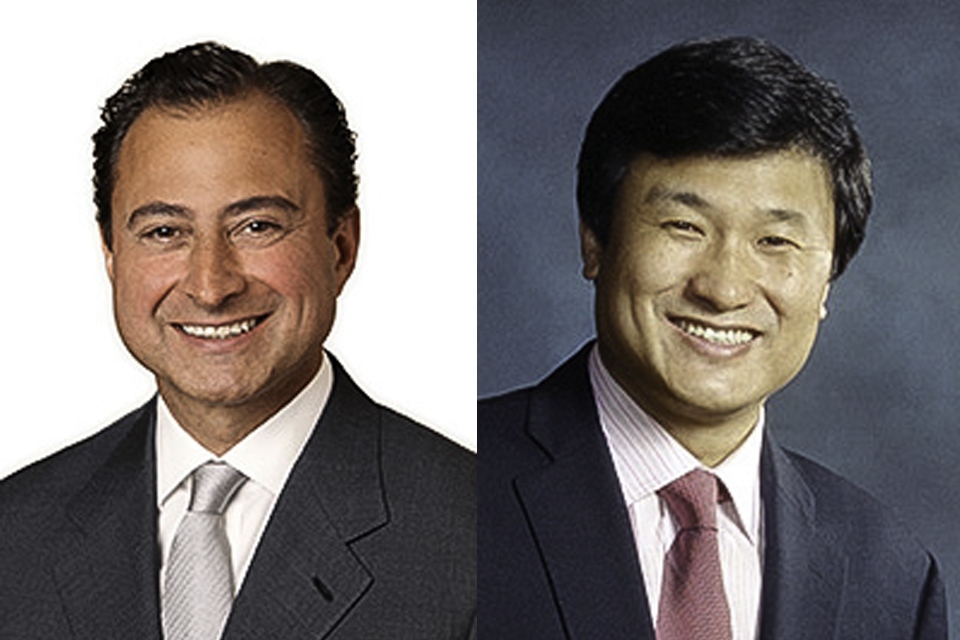 Alexander Navab, CC ’87, and Li Lu, CC ’96, Law ’96, and Business ’96, were elected as the newest additions to Columbia’s board of trustees, adding two financiers to a board packed with influential professionals.

Columbia’s board of trustees has the final say on all matters of University governance—it chooses the president, supervises the budget, and manages all faculty and staff appointments. New trustees are chosen through a vote by the existing board.

Six years after graduating from Columbia College, Navab began working at the prestigious investment firm KKR & Co. He rose to become a partner and later the head of the Americas private equity division.

Lu founded his own hedge fund, Himalaya Capital, one year after concurrently earning a bachelor’s degree in economics, a law degree, and a master’s degree in business in 1996.

Like many trustees, Navab and Lu have remained involved at Columbia since graduation. They each received Columbia College’s John Jay Award for professional achievement, in 2011 and 2012, respectively. Navab also served as the chair of Columbia College’s board of visitors and the co-chair of the Core to Commencement campaign, which seeks to raise money for Columbia College.

Both Navab and Lu are immigrants to the United States who left their home countries in times of political turmoil. Navab’s family fled Iran after the 1979 revolution, and Lu was first invited to Columbia to speak about his experiences as a pro-democracy protester at Tiananmen Square in 1989.