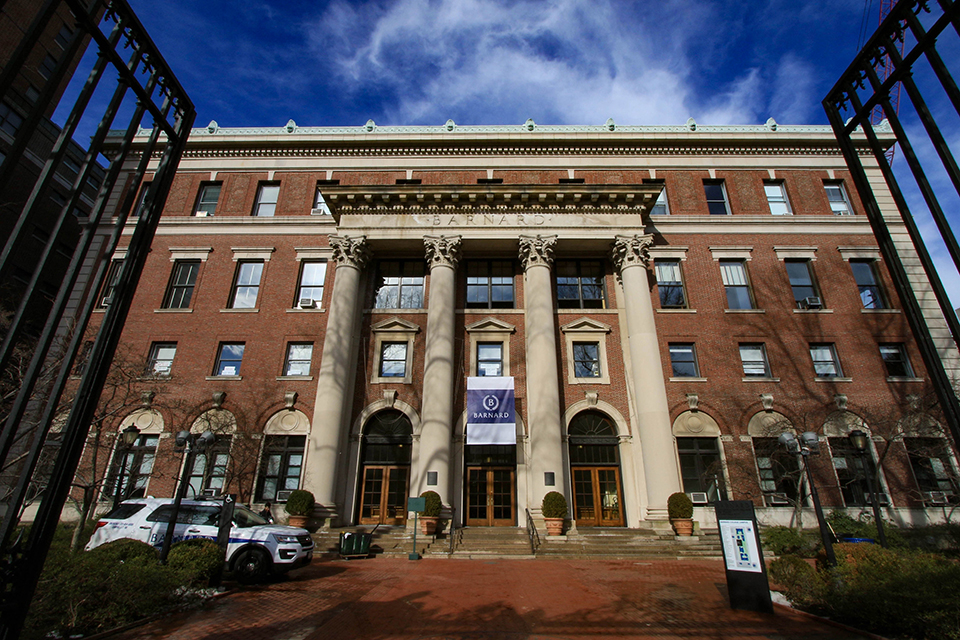 The changes, which were implemented over the summer, took students by surprise.

For Kelsey Hand, BC ’15, working at the student-run Barnard Babysitting Agency gave her the business skills that her liberal arts education could not.

“When I was interviewing for jobs, that’s what companies found most impressive—that large amount of responsibility and independence and real-world managerial skills that could be applied to other fields,” Hand said.

But after 52 years as a student-run agency, Barnard Babysitting Agency—alongside Barnard Bartending Agency, which had been student-run since it was formed in 1980—has been absorbed by Barnard’s Office of Student Employment Services, though both have always been affiliated with the college.

The changes, which were implemented over the summer, took students employed by these agencies by surprise, prompting members of the bartending agency to deliver a letter, signed by 62 bartenders, to SES on Monday. There are currently around 150 bartenders.

The letter outlines bartenders’ concerns about how the college’s changes to the program will negatively affect both current bartenders and the program as a whole, particularly with respect to the culture that has been cultivated through the program’s history. Students said that it was not clear to them whether there would still be a standard pay rate or if they would be setting their own rates.

Prior to the absorption, Barnard Bartending and Babysitting had student managers who were in charge of day-to-day operations, including booking and interfacing with student workers and clients.

Students must now be added by SES to Barnard’s online job search system, JobX, in order to find and accept jobs. This extra step has led to confusion regarding how students, particularly bartenders, accept jobs, and who is responsible for communicating with clients—an aspect of booking previously handled by student managers.

Raisa Alam, BC ’18, said that without managers to match students with job listings, students have found themselves double-booked in their attempts to secure job postings.

Though the agencies are run by the college, the jobs are still not considered work-study or college jobs, meaning that there is no limit on how many hours students can work or how much they can earn, though they are still only open to Barnard students.

Still, students have said the added difficulty in obtaining bartending and babysitting jobs, coupled with uncertainty over payment rates, have been the primary cause for concern.

“Without [the bartending agency], I don’t think I could have afforded to go here,” Alam said.

Hinkson also said that the decision for SES to fully absorb both agencies was made over the course of several years due to legal and tax concerns—though she did not go into specific details—and that student managers had been part of the conversation about how to implement these changes. She also said that the college had expected student managers to communicate these changes to the student workers.

“We were meeting with the students who were in leadership roles at both agencies so that they were well aware that a change had to happen,” she said. “We didn’t hold a meeting of all the bartenders or all the babysitters. We felt that that was what the managers should do.”

In addition to the absorption of the two agencies, other changes have been met with more optimism.

Director of Student Employment Services Cynthia Meekins said that reducing the course fee from $120 to $25 will make the class accessible to more students. Additionally, she said the condensed timeline for the course will enable students to begin working earlier.

“Our thinking was that if we could get the training done earlier in the semester, in a week instead of five weeks, we could have them start working sooner,” she said. “It opens up the door for students who couldn’t afford the $120.”

In the past, the course was taught by former Barnard bartenders employed by the agency as managers. This year, the college is bringing in a professional bartender to teach the course, which Meekins said was necessary because all of the student managers declined to teach the course.

But an opening for the job—posted on JobX over the summer—went unanswered, Russell said, because the bartenders did not know how to check the site for postings.

“My problem was not with the change of management itself, which is what the letter suggested, but rather the decline of agency standards and rise of financial instability resulting from the changes,” Russell said. “I feel like I’m going to be Katie Russell, bartender, instead of Katie Russell with the Barnard Bartending Agency.”