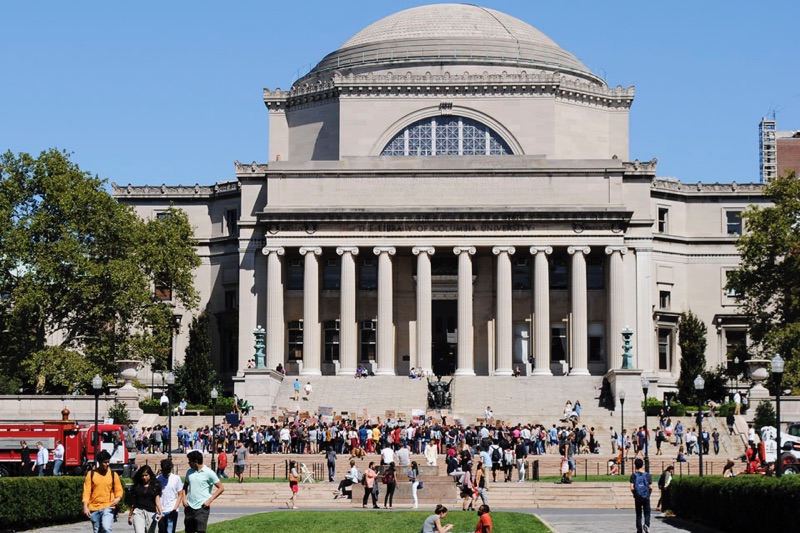 A 29-year-old female doctoral student has sued Columbia, alleging that the University failed to act on her complaints of sexual harassment by the prominent professor advising her, according to court records filed Monday.

The plaintiff, who filed the complaint under the name “Jane Doe” in Manhattan federal court, claims that 79-year-old history professor William V. Harris, who has been at Columbia since 1965, groped and kissed her repeatedly beginning in 2014 and retaliated against her when she reported the harassment to other professors and administrators.

The University was allegedly aware of these complaints and exhibited “deliberate indifference,” failing to adequately investigate Doe’s reports or punish Harris, the complaint charges.

In a statement to Spectator, a Columbia spokeswoman said that the University would not comment on the specifics of the lawsuit, but that it takes the complaints “with the utmost seriousness.” Harris declined to comment in response to questions from Spectator.

Harris allegedly forced himself on the plaintiff on multiple occasions, the complaint says. At one point, he allegedly “lunged forward” and felt her body “in a sexual manner.” On other occasions he forced the student against his desk and kissed her, put his mouth on her breast without consent, and forced her into other “unwanted sexual activity.”

The complaint alleges that the plaintiff first reported Harris’ misconduct in 2015 to other professors, and subsequently withdrew from Columbia during the 2015-2016 academic year due to “psychological distress.” She subsequently re-enrolled with a different adviser and filed a formal complaint with Columbia’s Title IX coordinator Marjory Fisher in May 2017.

After filing that complaint, the plaintiff alleges that she was advised by Fisher to avoid Harris, missing a speaker series organized by her department as a result. All this time, Harris, who is a fellow with the Academy of Arts and Sciences and an Andrew W. Mellon Fellow, retained his full professorship.

This is the second open lawsuit against Columbia that alleges the University mishandled reports of gender-based misconduct. Last spring, a Columbia College student sued Columbia for allegedly mishandling her reports of rape and failing to provide accommodations.

In addition to two graduate seminars, Harris is currently teaching Environmental History of the Ancient Mediterranean and Roman Social History, two lectures open to undergraduates. One 2004 review of Harris’s Roman Social History class on CULPA alleges that “he favors girls... Sorry boys, don’t expect any special treatment from this prof.!”