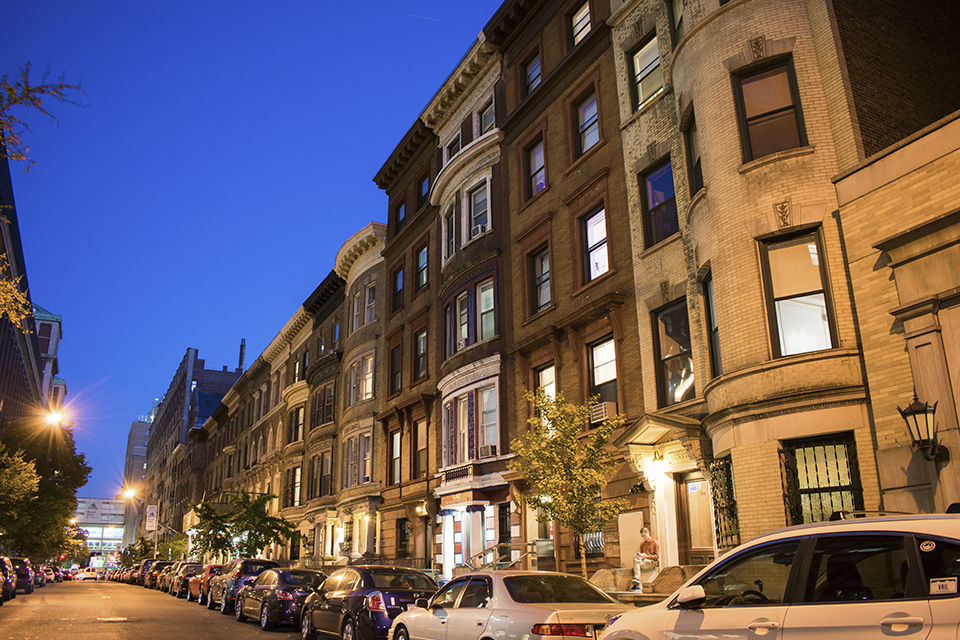 While most fraternities and sororities have begun to implement forms of institutional aid, these initiatives are outpaced by student need.

As fraternity rush comes to a close and next semester’s sorority recruitment approaches, the prospect of participating in Greek life will remain out of reach to many low-income students unable to afford the steep costs associated with being a member of a fraternity or sorority.

Already branded with a reputation for exclusivity, Greek organizations are made even more inaccessible by high dues and a host of hidden expenses. In one year, in some houses, a member can expect to spend more than $800 on dues and chapter-specific costs ranging from apparel and gifts to formals and cruises.

Interviews with over a dozen current fraternity and sorority members have shown that, in addition to dues—which are not published anywhere by fraternities, unlike sororities—many of the costs associated with Greek life don’t become apparent until after the rush process is complete.

And while most fraternities and sororities have begun to implement scholarships and other forms of institutional aid, these initiatives are scattered and inconsistent across houses. Those funds are often insufficient to support the need presented by potential members—and are sometimes insufficiently advertised those those debating Greek life. Because each house has varying dues and support, low-income students who are not accepted into a more-supportive house of choice may be unable to join an organization at all.

The number of students who express interest in joining fraternities or sororities has increased every year, with hundreds of students going through the rush process last year and close to 20 percent of the student body currently involved in Greek life. Students who rush said that they see Greek life as one of the few clear ways to make friends and fulfill a lacking sense of community, especially on an isolating campus like Columbia’s.

“February came at a time when I was unsure where I felt like I fit in,” Sigma Delta Tau member Nicole Fischbein, CC ’20, said. “I was kind of looking for like a home base. ... I thought that Greek life provided a good opportunity for that.”

Despite the widespread appeal of Greek life as a means to find community, for many, the community it offers is unapproachable from the start because of the baseline cost of dues.

“I am considering rushing again, but the financials are still really holding me back,” a Columbia College sophomore who received a bid during the last recruitment cycle but had to decline for monetary reasons said. “It’s going to have to come out of the [work study] wages that I make here, and that’s like three months worth of wages for me to join a sorority just for one semester.”

Dues—which all participants in Greek life must pay to retain active member status—are the first and most prominent barrier encountered by most low-income potential pledges. For the six sorority chapters under the Columbia Panhellenic Council, dues average $650 for new members and about $400 for returning members, with some houses decreasing dues based on the season or length of membership.

For both fraternities and sororities, a large part of these dues—usually around 50 percent—goes to the corresponding national organization. The remaining money contributes to social events, philanthropy, house maintenance, and other chapter-specific costs.

Although sororities started reporting the dues associated with each chapter during recruitment last year, fraternities still do not publicize their dues to non-members. Of the 11 fraternities in the Columbia Interfraternity Council, eight did not respond to Spectator’s requests to disclose dues. According to interviews with members, however, most chapters’ dues fall between $400 and $600, while dues for pledges can be slightly higher than those for returning members.

Unlike sororities, which disclose dues in the Panhellenic Manual, fraternities do not disclose dues at any set point during the rush process. Aside from the the first rush event—a Greek life mixer at which all fraternities are in attendance—every event is chapter-specific, meaning that there is no single event dedicated to explaining the finances of rushing fraternities.

With rush geared toward meeting brothers and becoming accustomed to Greek life, the burden falls on the shoulders of those rushing to learn about the financial options offered at each fraternity. This can present a problem for students trying to decide which fraternity to invest time and effort into rushing during the short, two-week process.

And although the open structure of sorority recruitment allows potential members to interact with all sororities at the same time, there is a mutual selection process in which both the potential members and sororities rank their preferences at the end of each day, with no guarantee that low-income students will be selected by the sororities that have lower dues or provide better scholarship opportunities. Students in this position said in many cases that they would rather drop out of recruitment or forfeit their bid than reveal their economic status.

“I’m not ashamed of my background, but it’s humiliating when you have to explain your entire life story,” the Columbia College sophomore said. “[Declining the bid] definitely does decrease my chances of getting in next time because it made me seem like I didn’t want it.”

Beyond the cost of dues, members are faced with a number of small, unannounced costs that can add up to pose a significant financial burden. Social events such as formal, semi-formal, crush, retreat, and Big-Little week—where older members welcome new members—optional, but they remain integral to being a part of the community. Yet, most of these events are not covered by dues and require members to pay out-of-pocket if they want to participate.

“I think you’re in the dark. I wouldn’t know about all this stuff if my best friends weren’t in sororities now,” the Columbia College sophomore said. “I can’t even imagine a first-year really understanding the cost.”

Formal—the event that most members attend each year—can cost more than $50 per person. This cost is doubled if the brother or sister pays for their date––which is often the norm, especially for fraternities. It does not include the cost of the formal attire that many people buy or rent for the event, or the cost of transportation to and from the venue, which is usually off-campus.

Another formative part of the sorority experience is having a “big,” an upperclassman whose role is to welcome a new member—a “little”—into the community. During “Big-Little week,” each big surprises their little with gifts, food, and clothes. Many sorority members refer to their big as a key reason why they love their sorority, yet the opportunity to become a Big can revolve around the ability to pay.

“Currently, I don’t know how I’m going to afford a little because during Big-Little week, every day there’s a theme, and the big buys a bunch of stuff for their Little and that can add up to be super expensive,” Alpha Chi Omega member Joanna Paik, SEAS ’20, said. “Everyone gets a ton of apparel like shirts, water bottles, hats, and pants, and it’s just a lot to afford.”

Although a Big can resort to cost-effective options—like handmade gifts—and a number of chapters offer ways to obtain hand-me-down apparel for discounted prices, many choose not to, citing pressure to impress their Little and housemates and, in many cases, to post pictures of the gifts on social media.

“Since everyone is publicizing what they did [for their little], if you don’t step up or go all out, it looks like you don’t care,” Marisa Ngbemeneh, SEAS ’20, said. “SDT does a really good job of making resources available, but I could definitely see there being a pressure to buy new clothes and other stuff.”

With these barriers of entry, students involved in Greek life noted that most of their fellow members were from affluent backgrounds.

“I know that the pool of people who rush and get in is most likely people who don’t come from a low-income background, so people are deterred because they can’t see themselves in that kind of community in general. For them, it doesn’t seem like a sustainable social scene,” Sigma Delta Tau member Ngbemeneh said.

However, most Greek life organizations on campus have attempted to provide aid in ways that vary widely from chapter to chapter. Some—like Alpha Omicron Pi, Kappa Alpha Theta, and Sigma Nu—have in-chapter scholarship funds that funnel alumni donations or fundraising money toward aid for dues. Others—like Delta Gamma or Sigma Delta Tau—have funds where sisters can contribute to the dues of other sisters.

No method is consistent across all chapters, and the majority of any chapter’s scholarship resources‚ if any, are provided on a case-by-case basis. All Greek life members can apply to scholarships offered by their respective national societies, but these opportunities are not guaranteed and depend on the alumni endowment of each organization.

The only Columbia-wide offering is the Panhellenic Award, a need-blind form of aid eligible for students in the six Panhellenic sororities. Last year, it was awarded to three recipients, covering their dues for a semester, according to Lynley Matthews, the Panhellenic Council’s Vice President of Finance.

Other universities have assembled task forces or conducted studies to address the wealth gap within Greek life, with varying degrees of success. A report published by the Working Group on Campus Social and Residential Life at Princeton explored the demographics of students who participate in Greek life, 75 percent of whom had a family income of over $75,000 per year.

Similar efforts to increase transparency have taken place at Dartmouth, which posts clear financial information regarding dues, costs, and aid on the university’s website, making the information available to students even before they step foot on campus. Columbia has no such centralized information about the costs of Greek life (Associate Director of Fraternity and Sorority Life Jazmyn Pulley was not made available for an interview).

Another method to avoiding these additional costs is the decision to make dues more all-inclusive—a system employed by Columbia’s chapter of Beta Theta Pi—which allows for the costs of all social events like formals and retreats, as well as extra costs of drinks and food, to be covered by dues. Beta’s dues are $600, which falls on the higher end of the spectrum for fraternities, but—according to President Justin Borczuk, CC ’18—they help prevent brothers from having to pay out-of-pocket.

This standardization is facilitated by the use of payment plans, which allow members to pay their dues in scheduled installments over a longer period of time. This strategy—common across both fraternities and sororities—is one of the primary methods of alleviating the overwhelming price of semester dues.

Even with efforts undertaken to make Greek life more accessible, low-income students said that the explicit costs of Greek life—and pressure to cover implicit costs—ultimately contribute to a sense of alienation.

“Let’s say I do join one; once I’m in it, what am I going to do when I have to be the odd one out that says ‘I can’t go to that because I can’t afford it’?” the Columbia College sophomore said. “Even though no one has to know my financial background and my low-income status ... subconsciously it’s going to take a toll on me and the way I perceive myself.”