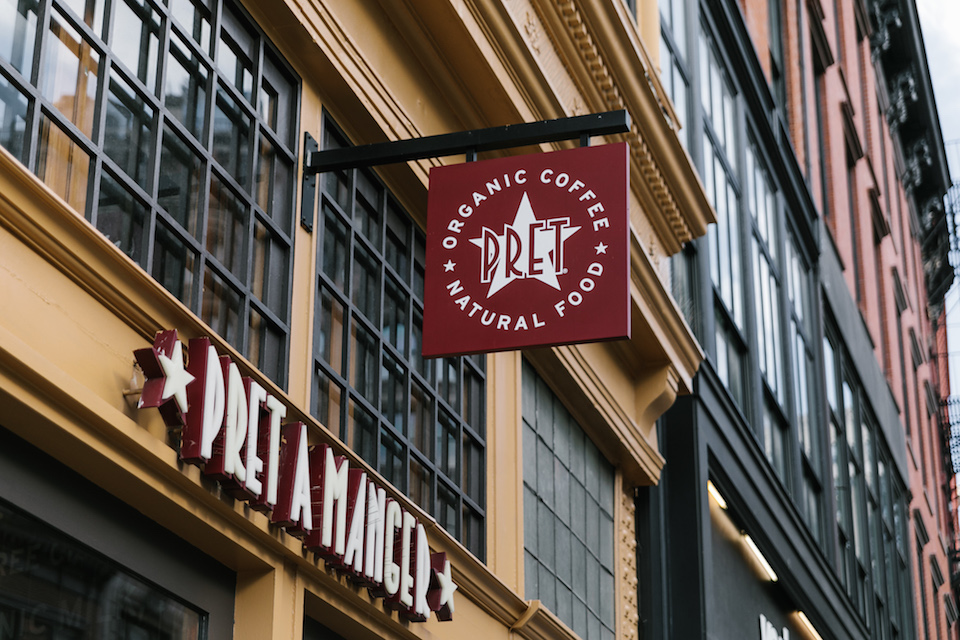 Courtesy of Lauren Kallen / For Pret a Manger

The shop will offer seating for 40, as well as an outdoor dining area, and will offer Pret a Manger’s full menu.

Pret A Manger, the quick-service restaurant and coffee shop chain, will open at Broadway and 116th Street this November.

The location was previously occupied by Vine Sushi and Asian Cuisine. Vine, whose lease expired earlier this year, was unable to come to terms for renewal with Barnard, according to Vice President for Campus Services Gail Beltrone. Vine representatives could not be reached for comment.

The addition of Pret A Manger follows the opening of Shake Shack on the corner of 116th Street and Broadway last August and will be the second chain restaurant to open on the block this year.

The shop will offer seating for 40, as well as an outdoor dining area, and will offer Pret’s full menu.

Pret, an organization committed to reducing food waste, donates unsold items to City Harvest, a food insecurity nonprofit, at the end of each day. Last year, Pret donated more than 600,000 meals to those in need in New York City.

Beltrone said Pret was formerly one of several businesses interested in renting the location that Shake Shack now occupies on the corner of 116th Street and Broadway, but that the chain expressed interest after the space had already been licensed.

Beltrone said that Barnard was glad to have another opportunity to add Pret to the community.

“We are so excited about adding Pret,” Beltrone said. “We think it is a great, great endeavor for us … and we think that it helps to address the vast array of community needs. We are delighted that they are going to join us.”

Correction: An earlier version of this article stated incorrectly that Vine’s lease is set to expire later this year, when Vine’s lease actually expired earlier this year.