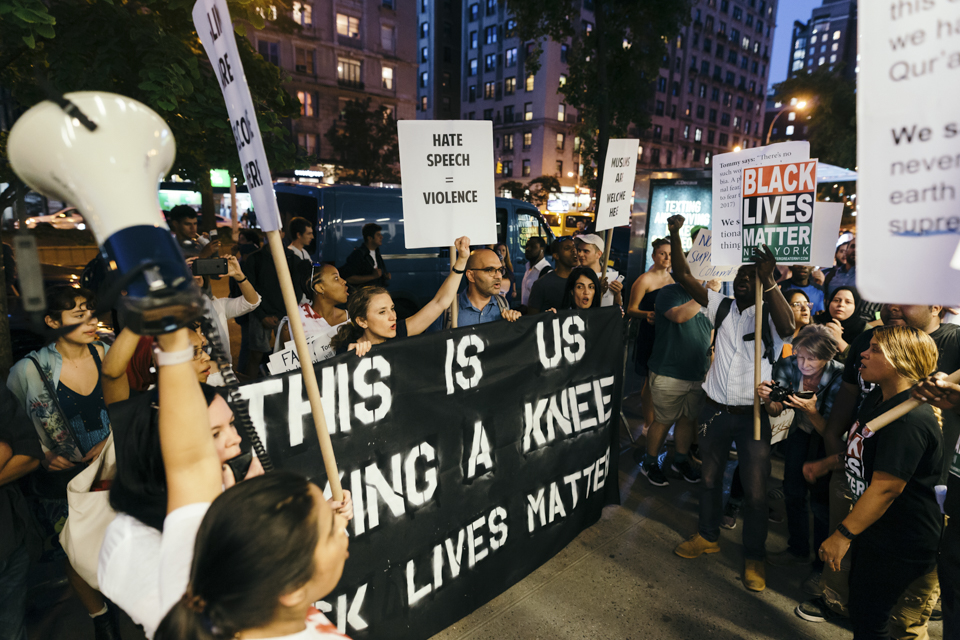 The protests, hosted in response to Robinson’s speech decrying immigration and Islam, were attended by over 250 students and community members.

Protesters who interrupted or disrupted last week’s speech by white nationalist Tommy Robinson will face disciplinary action under the rules of conduct, Spectator has learned.

In an email to some protesters on Friday afternoon, Rules Administrator Suzanne Goldberg—also Executive Vice President for University Life—said she had received a complaint about disruptions of the speech, which could constitute violations of the Rules of University Conduct.

“Based on this complaint, I am beginning an investigation under the Rules,” Goldberg wrote in the email. A spokesperson for Goldberg could not immediately be reached for comment at the time of publication.

The protests, hosted in response to Robinson’s speech decrying immigration and Islam, were attended by over 250 students and community members. Over 30 of these protesters gathered inside Roone Arledge Cinema to disrupt the event, asking Robinson questions and refuting his statements. Others gathered outside the venue, some banging on doors to the auditorium.

In her email, Goldberg cited two of the rules relevant to the situation. One holds that a person has violated the rules when they, individually or with a group, “briefly interrupt” a University function. This rule is a “simple” violation. The other describes a violation when a person “disrupts” such a function or “renders its continuation impossible.” This rule is a “serious” violation.

Unlike “simple” violations, students found guilty of “serious” violations can face a full range of sanctions, including expulsion.

Students involved in the incident will meet with Goldberg this week. The email informs students that they may bring two advisers.

Once Goldberg determines which sanctions she recommends, students accused of misconduct will go before the University Judicial Board, which will decide whether to hold students responsible and what punishments they will face.