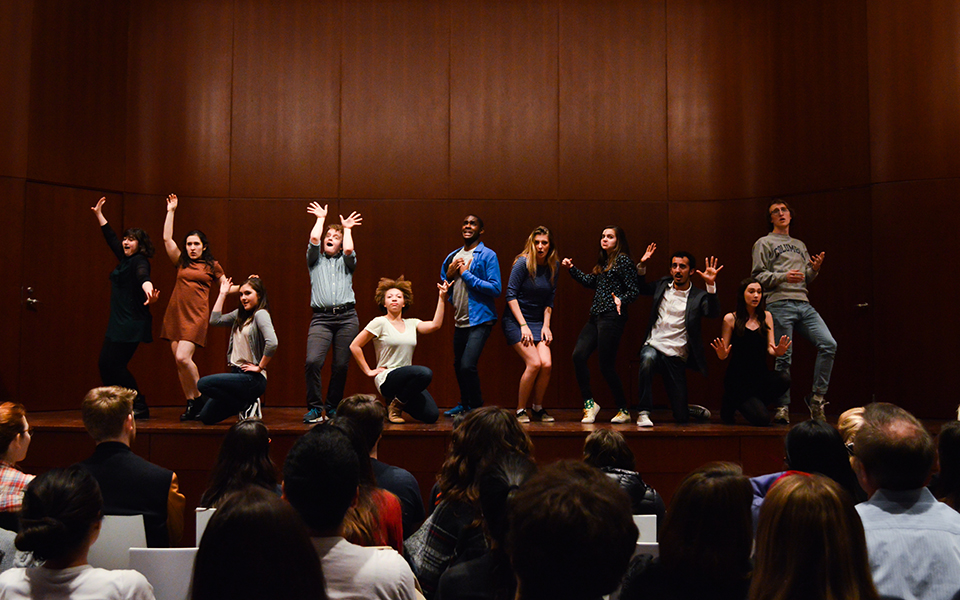 The writer unequivocally denied any misconduct, adding that he decided to step down out of considerations for the cast’s comfort.

A writer for this year’s Varsity Show has stepped down from the show’s creative team amid an allegation of sexual impropriety with members of the production, Spectator has learned.

A post written by the Varsity Show on its Facebook page on Friday night announced “recent changes” to its creative team and listed the new board. The only person removed from the lineup, compared to the initial creative team announced by the group on Oct. 30, was Shreyas Manohar, CC ’18, a writer for the show.

Manohar has not been replaced, but other members of the creative team now have dual roles to fill the writer and lyricist positions on the new board.

The announcement of Manohar’s departure came several hours after a former Varsity Show member, Madeline Ducharme, BC ’19, wrote in a Facebook post sent to Spectator that a member of the show’s creative team crossed a sexual boundary with her and other production members during his time working on the annual show in past years, including as recently as spring 2016.

“The Varsity Show is such a powerful group, and it’s very well funded, and it’s one of the largest groups on campus, and I didn’t want him in a position of such power,” Ducharme told Spectator.

Manohar, reached by Spectator early Saturday morning, denied any allegations of misconduct but said that he decided to step down from the Varsity Show out of consideration for the cast’s feelings of safety and comfort. Manohar served as a Spectator columnist last spring and a Spectrum associate editor for a semester in 2015.

“I am not discounting what she’s saying, I didn’t know the grounds for what she’s saying, but it’s not correct,” Manohar said. “I don’t want this thing to affect the show, so I thought it was in the best interest of the Varsity Show and everyone involved to step down from my position. My first priority is I want everyone to feel safe.”

In response to questions about the allegation, Varsity Show producers confirmed to Spectator in a statement that their creative team underwent changes. They added that they do not expect the change to affect the show’s creative process this year, as the script had not yet been written.

“The Varsity Show is committed to providing a safe and positive space for students to create art on campus. Therefore, there have been changes made to the creative team of the 124th Annual Varsity Show,” the Varsity Show said in a statement. “Additionally, the Varsity Show is working with on-campus resources to better incorporate workshops on sexual violence response into our creative process and to renew community guidelines for our upcoming production.”