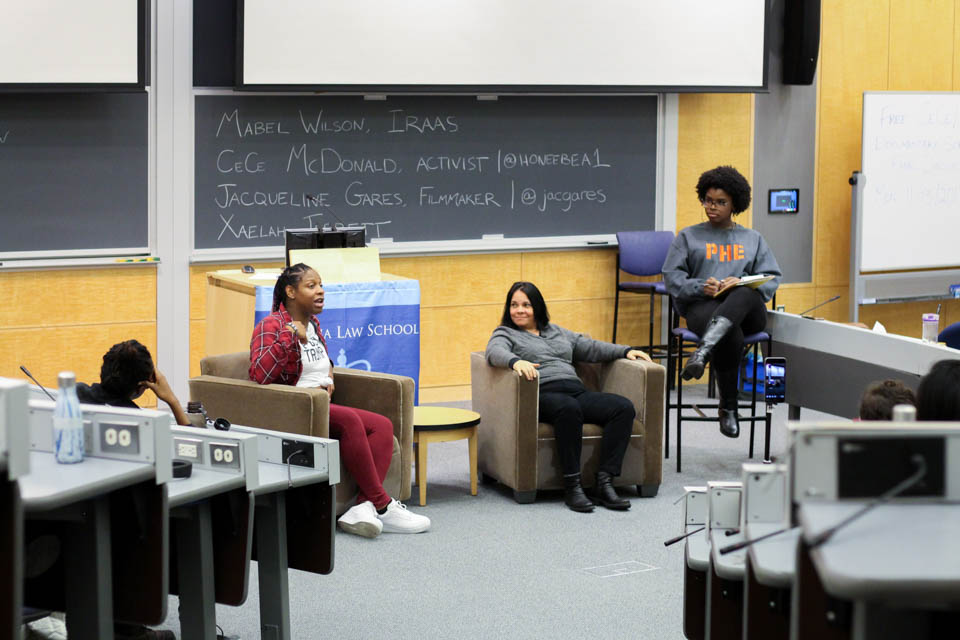 “I have been going through a lot in my personal life, and so I’m always glad when my narrative is shared with people,” McDonald told students.

Over 60 members of the Columbia community attended a screening of the documentary “FREE CeCe!” and a discussion panel featuring trans advocate CeCe McDonald on Monday as a part of Columbia’s Transgender Awareness Week.

This week from Nov. 13 to 20, organizations across the country will be holding similar events to promote the rights of trans people in America. At Columbia, a series of other awareness initiatives hosted by Multicultural Affairs and several on-campus groups are scheduled for Tuesday through Friday to help promote trans rights and allow community members to share personal experiences.

The event, which took place at the Law School’s Jerome Greene Hall, began with a screening of “FREE CeCe!”, which follows McDonald’s story of being imprisoned in a men’s penitentiary in 2012 after physically defending herself against a group of transphobic assailants. The film has served as a beacon of hope for advocates in the LGBTQ community, including prominent trans actress Laverne Cox, who served as the project’s executive producer.

The panel that followed the screening was hosted by the Law School’s Center for Gender & Sexuality Law, whose stated mission is to “formulate new approaches to complex issues facing gender and sexual justice movements.” Four other organizations—the Institute for Research in African-American Studies, the Institute for Research on Women, Gender, and Sexuality, the Department of Philosophy, and Queer and Trans People of Color at CLS—also helped in organizing the forum.

“I have been going through a lot in my personal life, and so I’m always glad when my narrative is shared with people,” McDonald said.

The event, which featured appearances by both the film’s director, Jacqueline Gares, and by McDonald herself, was kicked off with a brief description of McDonald’s experiences fighting for transgender rights.

Following the documentary, McDonald sat down with Gares to initiate a discussion over the ongoing discrimination against trans women of color, which was soon opened up for audience questions. The discussion was moderated by Xaelah Jarrett, CC ’15, who is also a black trans woman.

McDonald enumerated the types of oppression she faces on a day-to-day basis, from white anger to misgendering, sometimes even by her own family.

“As a black trans woman, no matter what I do, I will always be seen in a certain way,” she said. “We practice liberation in giving voice to our narratives and raising up the voices.”

Despite the adversity she has faced and continues to face, McDonald said she remained positive and even open to critics, embodying the message of inclusivity that lies at the heart of Transgender Awareness Week.

“We’re all just going through our lives trying to figure out what our purpose is. And that’s what I want people to see in me,” she said. “Regardless of what you believe, all of our lives are connected.”